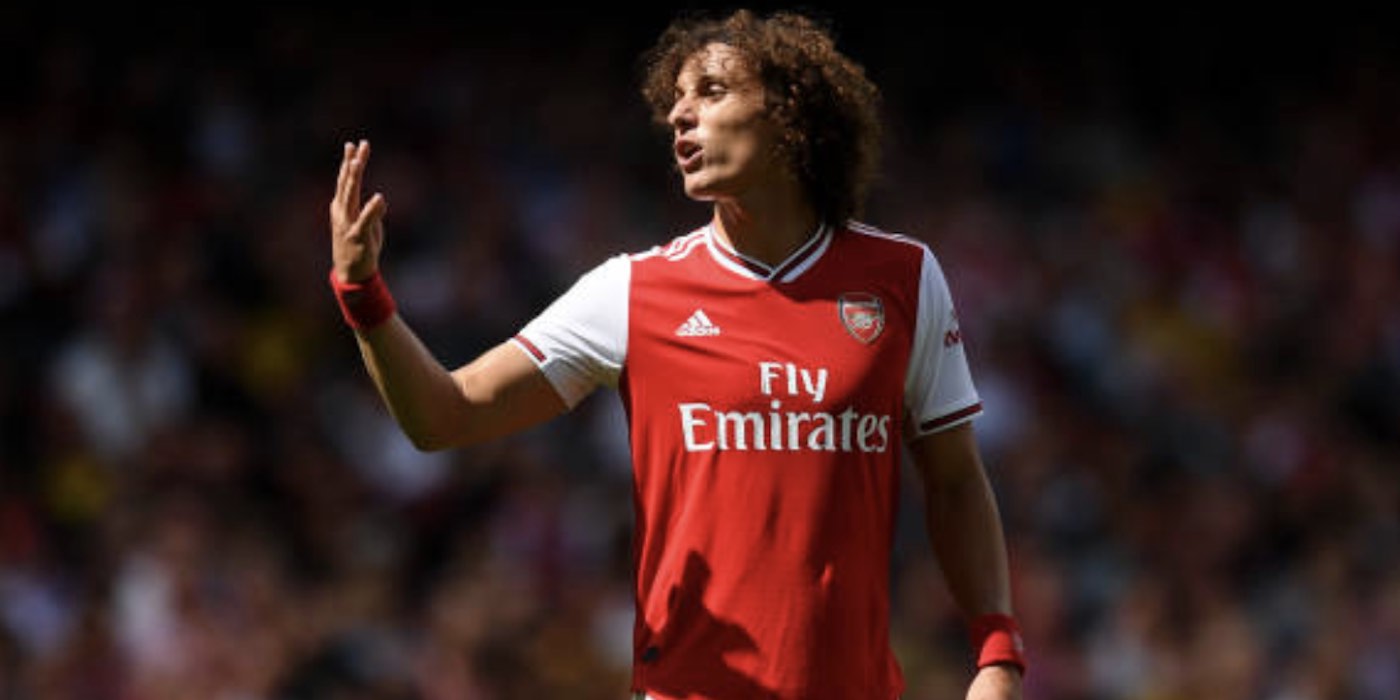 David Luiz says that Arsenal understood how Burnley would play (hint: direct, long-ball, aggressive), and that we deserved three points in the 2-1 win.

The Brazilian was making his debut for the club, but with vast Premier League experience he wasn’t taken by surprise by the approach of Ashley Barnes or Chris Wood.

They fight for the goal, they know how to play direct ball, the second ball, fight for the corners, free-kicks and everything, but I think we understood their game well.

“I think in the end we did very good and we deserved the three points.”

And speaking on BT Sport, the 32 year didn’t pull any punches about his own side either.

“I think this team has a lot to do, it can improve a lot, and it can fight for other competitions, so we’re gonna go step by step,” he said.

“It’s a pleasure to be here because everybody’s humble, everyone wants to learn and to improve, we want to make this club shine again.”

David Luiz seems to get a ridiculous amount of criticism for someone with a CV as impressive as his.

He was fun to watch today. It’s strange how the positives in his performance seem to shine through now that he’s playing for Arsenal

He’s probably got too much ability for a defender, if that makes sense. Always seemed massively amped up for big games too.

I understand that Burnley are cunts

What’s most annoying is the fact that after cunting around during games against us, that big fat pimple of a coach comes out to spew garbage like “cheaters should be banned… bla bla bla”

Yeah, Barnes should be banned.

It would be nice to see them hit the drop.

I saw that, how can burnley accuse people of diving when they go in so hard?

if you want us to get on with it and play then dont leave something on players for them to play up.

the closest is at the drs!.

The only way they stay up is by fouling the fuck out of every team and playing smash and grab.

i wat them to stay up cos unlike 6 stoke hey are a walking 6 points for us..

Specifically Dyche and Barnes. Dyche complains about diving and some how mentioned Tony Adams. I’m not sure what his fucking point was or even if Dyche was at the game!

He was actually hallucinating after the match and ended up fantasizing about how he could have won against the high odds. The prick’s busted up brain must be on overdrive and deny him a so much needed sleep tonight. Dream on Duch!

This was classic managerial misdirection. Dyche was seeking to ensure that the post match interviews didn’t go along the path of criticising his rugby league players for being, well, shit, taking a physical approach and really having no plan B whatsoever when they failed to outmuscle us. I so hope they are relegated. They play such an outmoded style it’s an embarrassment.

Over the years I’ve made more than my fair share of david lolz jokes. I guess I wasn’t thinking objectively that we have had a mustafi with us all along. Luiz certainly produced a calm and confident display today. But in case he plays next week, I expect a better reading against a more unforgiving frontline.

Have no issue with Burnley playing to their strengths. Football would be very boring if everyone played the same (though this is of course easier to say with 3 points secured). Thought we did well today, lots of good platforms to build from. Ceballos.. what a f**king player he is. Absolute joy to watch.

Hated his shithousery back in the day. Love that he’ll be doing that for us now. Nice bloke too.

I’m loving the feel good vibe round the club at the moment. Let’s hope it continues coz that vibe ain’t been here for a while.

The matches against Liverpool and Tottenham will deteriorate how long the optimism lasts – 4 points from those 2 matches will potentially guarantee it last a long time.

We tend to do well against Tottenham at home so why are you already negative… Everyone is realistic abour Liverpool. We just won our first two games since 09/10 and you’re already predicting negativity and discounting how good we are against spuds at home.

A Different George
Reply to  Emyrates

Spurs looked terrible against Man City, gave up 30 shots to 2 attempted (!), very lucky to get a draw.

Goonereality
Reply to  A Different George

True, but isn’t the trick to play poorly and still get something out of the game? Hopefully, we’ll do the same in games this season, like at City for example where we have a terrible recent record:

There was a period in the second half where our football going forward was exhilarating!
Exciting times ahead…

WTF was Dyche going on about…..? Clearly sounded like he was referring to a particular incident. Did I miss something – did he see something I didn’t?

For all we know he saw Pires running down the left.

he was angry and frustrated because they lost to us every time even when we were a soft touch, he sees our soft touch era ending and cant bear that he will banished from the table when pulis and allardyce savour their “greatest victories over arsenal” with a plate of offal at the home for retired long ball twats.

Has anyone else noticed when things go well far fewer people comment on here??

Yes definitely noticed it too. All the ‘Mislintat leaving is the end of this club’, ‘#RaulOut’, ‘we should sell Auba to fix the defense’ types are awfully quiet at the moment.

They’ll be back though, probably lying in wait for their moment like snakes in the tall grass

I was pleasantly surprised by the Luiz signing as it was a better move under the circumstances than I thought we were capable of. I love his attitude so far.

From open play the Orcs 2.0 created nothing. Surprised how easily we dealt with Barnes and the other fucker.

Twatsloch
Reply to  I AM ARSENAL

That’s what an improved defense gives you. It’s been so long we’ve all forgotten what one looks like.

PeteyB
Reply to  I AM ARSENAL

Except from their goal which came from open play when we lost the ball high up and failed to desk with it. Something quite familiar about that.
Don’t get me wrong, yesterday was mostly good but still progress to be made, as the players themselves recognise.

We were unlucky on their goal. It came off a deflection and wouldn’t have gotten to Barnes otherwise. There were a few scary moments, for sure, but the goal was rubbish.

I AM ARSENAL
Reply to  PeteyB

We had six players back. Two of them made individual errors (V.Poor tackle attempts) and a deflected strike fell to the orc. Im all for pointing out when our defending is shit, But it was improved overall against what most see as the most successful style against us even though its 11-0 head 2 head.

Yeah, but I said improved. Not infallible.

i used to love david luiz during his time with chelsea cos of his sometimes self-destruction. i now love him cos he’s a proper leader and ball-playing defender

Ashley Barnes is a cunt!

A no name player who’s only claim to fame later in his sad career will be scoring numerous times against Arsenal.

Don’t care how many goals you score, you’re still shite. You and Troy Deeney ?

Have your ‘glory’ mate and tell your grandkids how you scored against the Arsenal because that’s all you’ll amount to – cupping your ears at the Arsenal and all we can think is who are you, cunt?!

As for Dyche, don’t waste your breath on him, we all know what he is!

Still a lot of problems in defense to be sorted. Without Granit, we were a bit more shaky at the back. Luiz is a band aid. Hopefully its a strong one but we basically panic bought bc we could not find better solution and wasted time trying to rely on Koscielny earlier in window. I thought he was OK in the match. Some good things but then the goal, he was too slow to react and lost Barnes, was ball watching. If that were Mustafi, there would be a ridiculous amount of criticism. One thing that SSbob will provide is… Read more »

“Without Granit, we were a bit more shaky at the back.”

What are you smoking? Bonus points for keep your comments to one screen. Luis will kill it for Arsenal despite your negativism, he wasn’t a panic buy, just our third option after Saliba and Uncampeno.