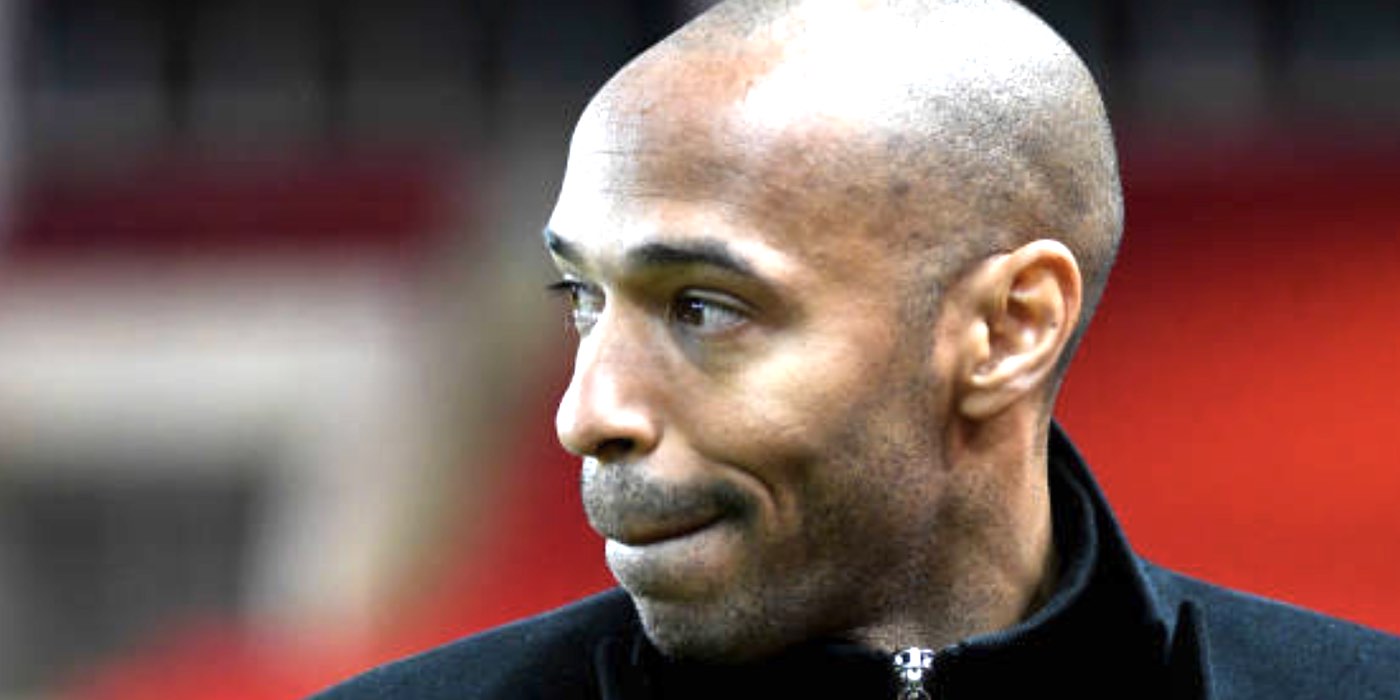 It’s his second club coaching role coming after an unsuccessful spell at Monaco last season. Appointed in October 2018, he was fired in January 2019, having failed to lift them up the Ligue 1 table.

His record of 4 wins, 5 draws, and 11 defeats, from 20 games in charge saw him dismissed, replaced by Leonardo Jardim who Les Monégasques had sacked before appointing Henry.

Speaking via Impact’s official website, Thierry said, “It’s an honour to coach the Montreal Impact and return to MLS.

“It’s a league I know well, in which I had some very nice moments. To be in Quebec, in Montreal, which has an enormous multicultural heritage, it’s extraordinary.

“I’ve always kept an eye on the club and now I’m here.”

The new MLS season kicks off next year, and his presence there will add some more Arsenal interest to proceedings now that Carlos Vela has run Zlatan out of LA.

Wishing him the best. Coaching might be challenging to him but scoring goals was never an issue in his prime with us. Forever a legend.

This is probably best for him as I think it’s his current level. He can go one up after a while

Monaco was a disaster show

In fairness, Monaco were bottom of the league, when he took over. Far from ideal, for a first job as a manager.

That’s a pretty good summary. They fired their previous coach, sold off players and gave Henry 4 months to turn it around. And to put that on a manager without much experience is odd. What did they expect was going to happen?

He used to play for Monaco, don’t you know. Had the club in his veins like.

Maybe they were half thinking he’d go f this shit and sub himself on in games. They thought they got mbappe’s replacement.

The Spoon
Reply to  Venga Bus

He didn’t help himself in Monaco, his treatment of youth Players was a bit off from what I heard. Saw an interview where he was clearly unhappy a player hadn’t put his chair in, probably most have seen that. Wanted to be adressed as Mr Henry. I’d love to see him make an outstanding coach, but often is the case great players make terrible coaches. Tony Adams is the same. We all thought he would coach us one day. Maybe this is a better starting point, helped Vieria. And hopefully he’s learnt some lessons from Monaco.

Hi The Spoon, I strongly disagree on that argument. Why is it so abhorrent these days to teach kids to have some discipline and manners these days? Does that make him a terrible coach?

Surely instilling discipline is necessary. The approach to it however, is important. Perhaps Mr Henry screwed up his approach.

Things didn’t go too well in Monaco for him. Hope he does better this time and gain some experiance with good results.

Has a Arsenal fan living in Montreal, This news made my day! I couldnt be happier. Hope that Sagna stays in Montreal also

I know!! I might need to go more matches this season now!

Gabe the Gooner
Reply to  Phil

Me too! I hope I cross paths with him walking down Sainte-Catherine or something lol

All we hear is Bacary Sagna!

Applause for that one Suker! 🙂

Good luck to him indeed but I doubt he will ever be a successful manager. It’s often been said that great players rarely understand or have patience for players who are not as talented as they were. And in the case of Henry, that’s the far majority especially in the MLS. Of course there are exceptions like Croyff but Henry was never even patient with his own teammates at Arsenal let alone at Montreal

Good communicator, bright bloke, good knowledge of the game, must have learnt something from Arsene, he’s got some strong positives.

Agree it’s tough succeeeding as a manager but good luck to him, hope he does it.

They want to hope his team talks aren’t as boring as his SkySports punditry…..

Not as easy to manage the club as many pundits or fans sniping from the sidelines may wish to think. We are not just talking about widgets. Its not just tactical selection or buying this player or that. There is the soft issue of man management involved. Motivating overly paid individuals, getting them to perform to the best of their abilities as a unit and sustaining that effort (Ozil), keeping the hunger and work rate (Pepe) cutting out lapses (sideshowbob) Not to single out anyone (those are examples) but all our players have been culpable for mistakes. Guendouzi has not… Read more »

Another essay on Arsenal with very little to do with the subject matter which in this case was Mr Henry’s new appointment to a team other than the one that plays at the Emirates!

So what youre saying is the midfield aren’t giving enough dynamic penetration with their passing, but instead still pass it side to side. The attackers aren’t making themselves available for long balls, the press is too erratic and unsustained and were dropping to deep to snuff out passes against Leicester. Our zonal marking at set pieces is not nuanced enough, leaving Torreira marking a player twice his size. And the passing out from the back is too dangerous for Leno. And yet you still come to the conclusion that “at this juncture the board is entirely correct to keep faith… Read more »

https://www.givemesport.com/1517227-the-ten-best-managers-in-world-football-without-a-job-have-been-ranked Even with his (common) and expected hysteria with Arsenal fans, you have to wonder as well exactly what they expect from a new manager. The board will correctly assess the situation end of Dec (or 6 or so matches on) whether Unai can weather the storm, change current fortunes. BUT you have to also figure out who is available and can they necessarily deliver better? Of some of those in the list above : Mourinho does not strike me as a sensible option. It will be immediate conflict with Sanlehi likely as he will want money to spend but… Read more »

Blanc – talented but racist. Not a great fit for us. Maybe more of a Chelsea manager.

Is your real name Josh?

“Hello cesc, you ready to head over?”

Good luck to him. It’s a lovely city and knowing French will help!

Best part is being able to cross the city underground in the winters, which can be brutal.

Ok, who else knows Bojan is actually in Montreal Impact? Bacary Sagna too? Interesting players. Won’t have looked up the team if not for the King’s appointment.

Wenger was appointed to Fifa Not Montreal, Only 1 King

Have never been able to look at him the same since the Handball,

Also do remember him saying he’d never join Barce, then joining them a year later,

Couldn’t care less if it goes well for him, He’s an Adebayour who scored more goals, Turncoat.

Roll on the thumbs down haha