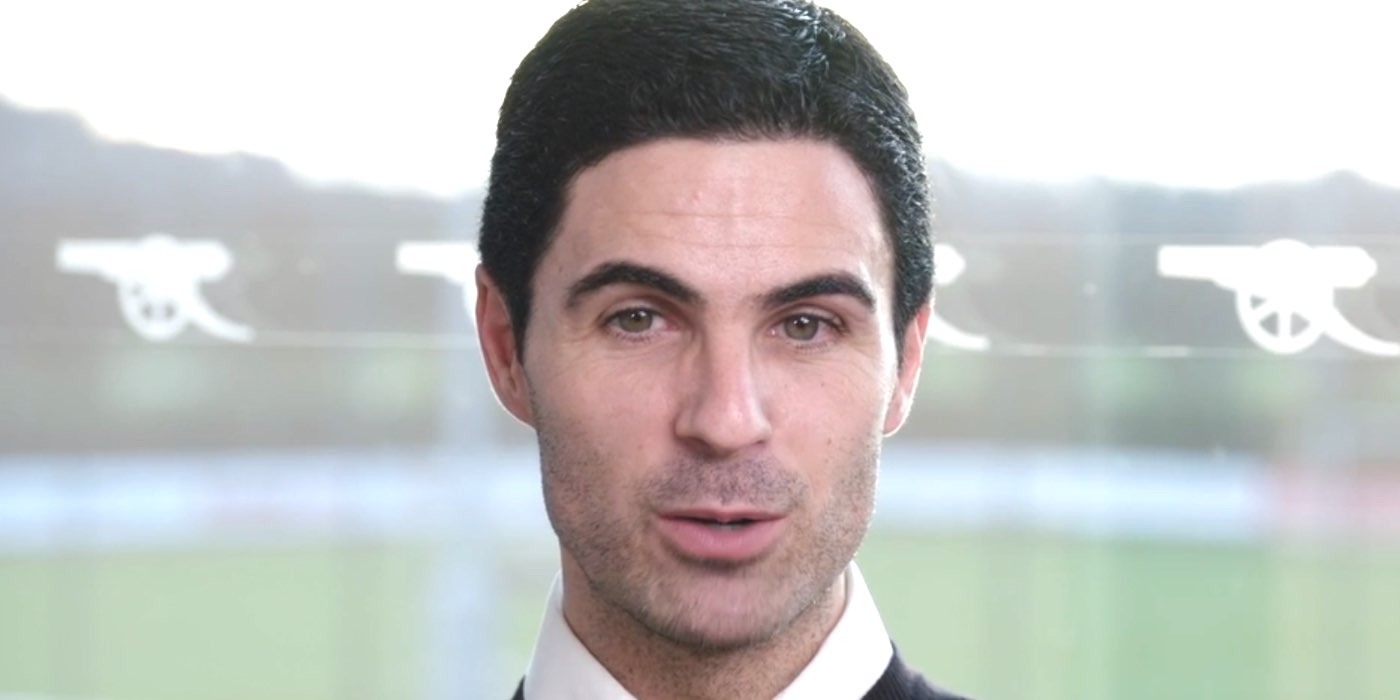 Mikel Arteta has very clearly laid out the kind of football he wants Arsenal to play under his watch.

The Spaniard was announced as the new head coach yesterday, an appointment which came exactly three weeks after his compatriot Unai Emery was relieved of his duties.

The 37 year has spent three years working under Pep Guardiola, but with a football education that includes Barcelona, France, Scotland and spells as a player with Everton and the Gunners, he’s got plenty to draw on as he takes his first steps into management.

“As well, I think we have to create the right culture around the club that’s going to make a good living out of the players, create an environment where everybody respects each other, a humility and people have to be accountable for what we want to achieve.

“That’s the basic and then after we can grow from there. Then we can create an identity that I have in my head for this football club.

“But we have to start somewhere to try to build that up.”

After Emery’s approach which focused far more on the opposition than ourselves, it’s a welcome change, but it remains to be seen how long it takes Arteta to implement his ideas, and how many of the players are going to get on board.

Impressive Arteta gives us something to believe in again

Thats refreshing, cos I am fed up with the protagonist shit we’ve been playing for a while now

It sounds a bit all Arsenal once again. “The right culture, good living…”
We will make many stars out of nowhere again.
That’s my optimism.

He had me at accountability.

That and they’ll be non negotiables mate

“have passion… dominant… aggressive”
Yes! Keiran Lee would acknowledge it 🙂

I often J with this culture

Following in the vein of Arsene, we now have a manager whose name is almost Arsenal – just replace the ‘t’s and add an ‘l’.

It’s fate! And it guarantees success

I know this is off-topic, but in 6 weeks the UK will be out of the EU and all European citizens will need work permits. I also understand this isn’t the most important part of the Brexit issue, but has anyone in the game thought about how this will affect Europeans currently playing here and recruitment in the future?

Oh, and on topic, early days of course, but Arteta sounds like he was made to manage this club at this time. It brings back feelings of Wenger’s early days, when it became clear he was someone highly competent who you had total faith in, that indiscernible sense of leadership. No pressure then Mikel 😉

I have an Italian wife, I’ve been trying absolutely everything to have her deported.. I think the multi million pound superstars will be fine.

Re your wife problem, have you tried voting Tory? Should do the trick.

Non-Europeans playing in the UK require work permits, which are not always forthcoming as we’ve seen in the past. Famously, were it not for those rules we would’ve had Messi, Weah, Batistuta, Maradona and Pele in our academy from the age of 15. I assume the same visa rules will apply to European footballers after Brexit, which could cause quite a problem. Perhaps this is behind our expanded South America scouting?

Ha, I voted tactically, knowing that I have never in my life voted for anybody who got elected, it’s a 100 % losing streak for me.. so you are welcome gammons and the Arsenal fan I saw on tv who didn’t care about getting his diabetes medicine.. Ciao wife, perhaps I’ll see you at an away in the Europa League.

Given your obvious curse, would you mind voting Tory every election from now on? Cheers.

they all had the right to apply to stay and work here. assuming the club’s have taken care of this.

The current deal, as it stands, allows EU citizens temporary visas free and without any further requirements beyond their nationality. This is great in the short term for EU citizens, although now they may get the same worry as non-EU migrants have in the past of immigration rules changing or records not being kept well (like the Windrush settlers). Also, what of the folk who thought a good number of EU migrants were here scrounging, and will now not see any EU citizen really deported?

Who knows? There’s been so much misinformation. anyway.

I am sure Mikel will have the squad on the training ground day and night cleansing the brain of the data and over analyzing of the previous coach.Get our game in order before you start working on the opposition.

One important thing is fitness. Remember how Pep asked for a certain weight target and Yaya Toure was frozen out till he achieved it or sth like that

I hope the players show Freddie some respect and fight like stink for the 3pts we badly need today. Start this new chapter with a hard fought win please. Coyg

Can anyone tell me one thing Arteta has said wrong yet? has been perfect for me. I realise it’s just words and we will find out soon enough if he can back this up on the pitch but it’s a great 2nd start to life with Arsenal

The Arsenal
Reply to  Niran

Might be the guy to get him back on track.

Arteta’s comment about being ‘ruthless’ is what has excited me the most. Ruthlessness was what we lacked under both Wenger and Emery. Even if we continue these middling performances for the second half of the season, I’ll continue to back Arteta as long as he’s ruthless with the underperforming, lakadaisacal players in our squad.

We are going to get mean, ruffle some feathers.. rivals will envy us again. Genuinely excited about Arteta, the energy, the passion, if I can feel it, players must be on a high. He has engaged fans more than Emery could in his 18 months here, just plain old effective communication nothing else. I have seen so many fans change their mind about Arteta after just one interview. Hope the positivity continues to grow and reflect in the ground, both on the field and in the stands.

I completely agree, there’s a whole different feel than when Emery was hired. The fans need to give their full voice at our games, really show that we are behind this manager.

Sounds great, but when managers are under pressure, they all move to a position of pragmatism, and into self preservation mode.

If that’s the case? Then how are we in this position? And how do PSG and Man City continue to get away with it?

I think he will get shot of the bad attitude players in this squad and thus Xhaka will be gone in January – just hope we can get £20+ million for him and see how Arteta reinvests it. Interesting times ahead ?

I’m not just excited, but rather positively excited (if there’s anything actually like that). Believing for the best in a very long time if the players will rally round and cooperate with him to make Arsenal great again. I’m tremendously optimistic and hopefull moving forward. We are Arsenal!

Needs to address how physically weak and unathletic we are especially in midfield. I like this ruthless talk and more importantly I believe he means it.

Didnt rate him as a player and i dont think he will ever achive anything at Arsenal as a manager either. Too bad we didnt get Klopp….