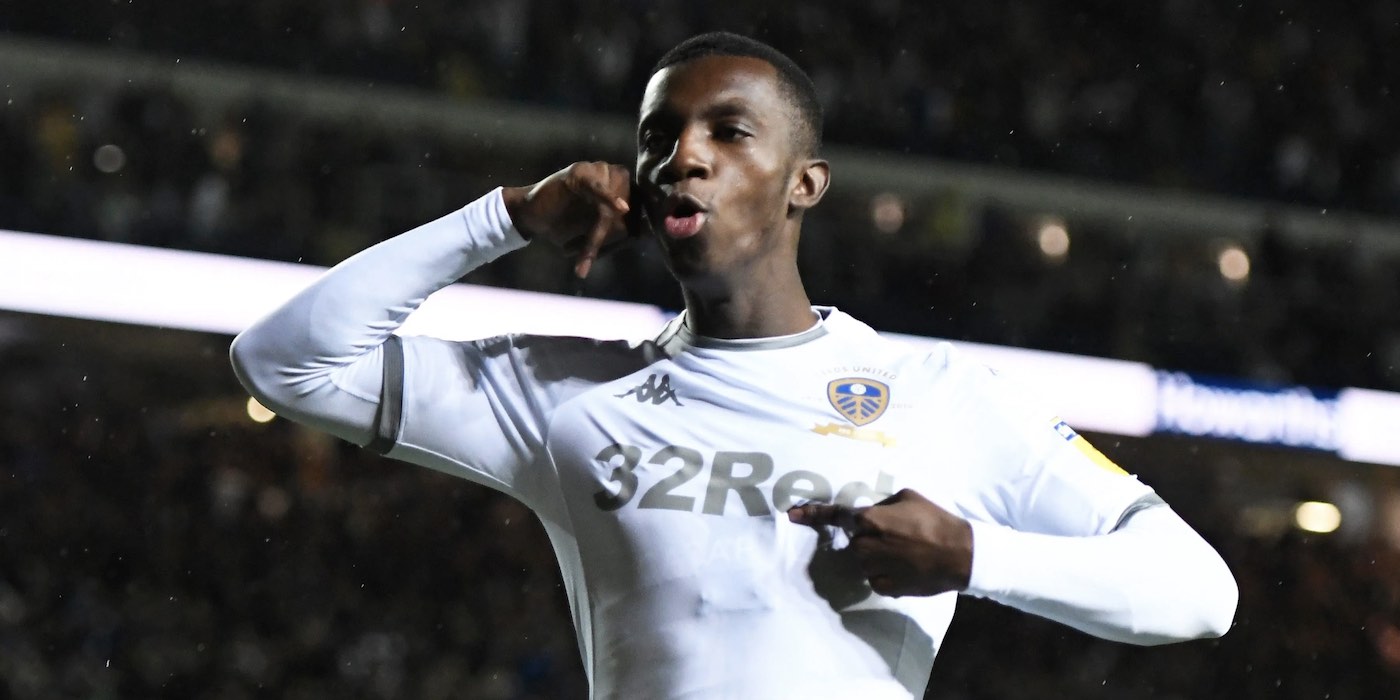 From travelling to Elland Road to watch the young striker in action for loan club Leeds United to excitedly celebrating his goals like a proud dad on Instagram and Twitter, the older statesman is obviously desperate for the young pretender to succeed.

As you can imagine, Nketiah seems chuffed to bits to have Wright –  the Gunners second-highest scorer, as a mentor and friend.

“We did a few shoots together, I think the first one was for a Crash Bandicoot launch and we both just grew fond of each other.

“I’ve always been a fan of Ian, he was a great player but, most importantly, he’s a great guy.

Arsenal's Eddie Nketiah has scored again on loan at Leeds ?

“Growing up in similar areas, we can relate to each other. He was always open with me, giving me certain little tips and help. We’ve naturally grown closer from there. He shows good support.

“He even comes up to some of the games. It’s a great feeling knowing you have the backing and support from someone so influential like him.

“Mainly he gives feedback on the game he watches. He gives great tips and pointers about life as a striker, it’s more an arm around the shoulder. We talk about life as well, he’s very open.

“It’s just good to have that support from such a big striker in the game, especially one who is so humble and modest.”

Nketiah has five goals and an assist in 15 appearances this season for Leeds but he, and Wrighty, have been left frustrated by the fact most of his appearances have come off the bench.

That said, Nketiah has still be impressed by Marcelo Bielsa’s coaching philosophy and work ethic.

“It’s been a new experience,” said Eddie. “You get to see the level of detail and preparation which he puts in on a day-to-day basis. He’s really passionate about football. Above all else, he just loves the game.

Give the lad a few more seasons on loan and let him tear it up in the championship. We still have peak auba and a lacazette waiting to hit his peak

Auba surely will be gone in the summer and Lacazette probably the year after, if he’s not leaving this summer, too.
Apart from that Eddie would probably have played more minutes in Cup and Euro League if he stayed with us than he’s getting at Leeds. So another loan like this makes no sense at all. At least not for us nor for Eddie. Leeds has quite a good joker on the cheap.

Its not just about play time but also different ways of training and growing to be a man. Was he with us right now may be also destabilising for him.

What do you think about this? The season is essentially a right off. Why not bench the older players not performing, play the youngsters already in the first team, and bring players up from the u23 side. If we can, bring people back from loan (Nketiah would be great, but not sure a loan can be pulled in Jan). I’m sick of watching pathetic performances from senior players on big coin. Players that don’t bother tracking back following a mistake, ducking and showing their back to the ball. They play for a max of 90 mins plus stoppage, with a… Read more »

OK….. Thanks for the correction, noted…. Still 2 cups and 4th place, good one. I’ll eat my hat if any of that happens.

It does not matter how good forwards are, if the midfield and defence is so lacking that they also have to defend, and are not getting any service, well we are looking at the result right now.

Could Wrighty please go on the board?
He loves the club and can tell the rest how it really is.

We may need Nketiah. the rate things are going, if Arteta can’t right the ship, there will be departures and likely not the players we prefer to leave. In any case, appointment of Arteta looks to signal our ambition restricted to europa….albeit at least Llungberg kept us in that competition. Both Laca and Auba to me look unsettled. If the incoming gaffer does not convince them (and Arteta will have far less leeway then some of the bigger names), they will likely leave. We will then rely on Martinelli maybe Nketiah, possibly add one more decent enough striker from market.… Read more »

I get the impression that Arteta will use this time to figure out who is needed and who can go, prepare names of prospects he wants at the club and in summer he will get money to use. There is no way that they can expect him to function on what we have now, this is why they did not go for other managers/coaches. Indeed this seems to have been the plan all along for Arteta to come, only it appears that it was not the right time for Arteta to leave City(City was definately not ready to let him… Read more »

Leeds United….remember them? Lofty heights turn of century. O’Leary one of our own…but how quickly they fell. Newcastle too, once in CL with Sir Bobby and then cretin owner Ashley fired the old man, down they went. As I mentioned with Wenger (not saying he should not have gone earlier) but beware what you wish for. As much as it could have got better after Wenger, it could also (and did) get worse. Ditto Arteta. Wrong appointment(s) several transitional years will turn to more years and next thing you know we are not even a europa club. Wenger at very… Read more »