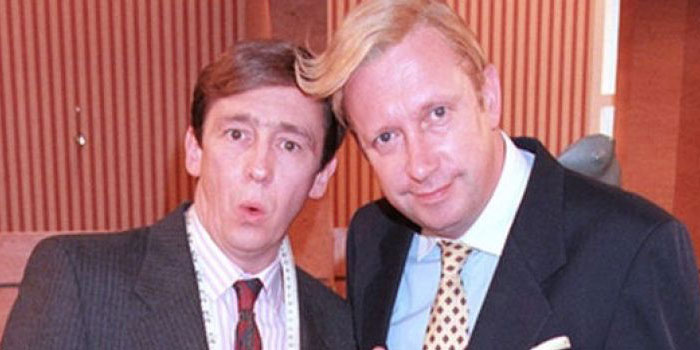 Earlier this week, Paul Scholes suggested that Freddie Ljungberg wasn’t the right man for Arsenal because he didn’t wear a suit on the touchline for his first game in charge.

The former Manchester United midfielder and current miserable bell-end, said, “You would think he’d be out in a suit to show a bit of proudness that he took the job.

“To me that’s a great start, shirt and tie to show some discipline. I don’t think he’ll be the right man.”

There’s no hiding place from your own stupidity these days though, as it took Internet sleuths just minutes to find pictures of Scholes wearing a jumper during his short managerial spell with Oldham Athletic (Played 7, won 1).

At his press conference this afternoon, Freddie gave questions about his match-day apparel the kind of respect they deserved.

“It was so quick, the suit was at the dry cleaners so I couldn’t get it ready!,” he said in response to Scholes’ comments

“I can’t see that is a discussion but I will make sure you know what I wear.”

It’s great that during a period when Arsenal are going through a turbulent time, with questions over the direction, the ownership and the running of the club in general, the press still have time to ask the really important questions.

We look forward to the club announcing Freddie’s sartorial choices along with the starting XI for each game.

The Fred Effect. My missus is suddenly very interested in watching Match of the Day again. I dare say she’s not the only one….

Is the other one you?

Arsene got dissed for the zip.
Ljungberg for the suit.
Emery couldn’t find his Sok.

Scholes never opened his mouth when he was playing, now he won’t shut it

Mores the pity. He’s the football spokesman equivalent of that tiny little ginger curry stain that has ruined many a white shirt.

His hair looks like a curry stained brillo pad

That’s an insult to curry

May be he’s still salty from one of those humiliations that Pretty Ljungberg put him through in their time as opponents.

Another footballer who spunked his money, no doubt, and now has to pretend to have an insight in order to earn.
I would “pretend to have a personality” but clearly that would be ridiculous.

Dear oh dear. Whatever next. The little Manc Wank taking Freddie to task for being shaven headed instead of sporting a ginger toupee that you can scrub your Christmas pots and pans with.

I really thought the title was alluding to how Freddie is looking to set up the team on Thursday.

In other news isn’t it incredible how Scholes has become such an insufferable twat, he actually makes Roy Keane and Michael Owen look like almost human beings.

Has become? He was an insufferable twat when he came out the, well, twat…

I’m just thankful he wasn’t on the touchline in just his boxers.

DaDude
Reply to  The Spoon

Wait for the summer 😉

Swedes are used to worse weather than the Scots, and Tierney’s training in shorts. You just wait…

Glad Freddie treated the whole thing with contempt and wry smile. Wenger taught him well. Fuck me , Scholes was born a twat and just got bigger.

Scholes really is a class A c*nt qith an unwavering arrogance in talking absolute shit but Like Neville when it comes to actually managing a football a team failed miserably because no idea what he’s talking about.

What about shoes and socks? We gooners demand to know!

for just a fiver on Patreon, you can find out what all the managers are wearing.

I live abroad so I got to suffer Scholes alongside Tim Sherwood for the Premier League’s international feed as the ‘experts’ in the studio. Both were poor, but Scholes’s ‘analysis’ was the worst of the two by far. He blamed Mustafi for the first goal but didn’t see anything wrong at all with David Luiz’s contribution. In fact, his entire analysis seemed to be that Mustafi is rubbish. Mustafi isn’t great, but he wasn’t solely to blame for our poor defending against Norwich. I was actually laughing at points at just how bad he is. He was s great player,… Read more »

Great player Scholesy……..as long as Keane was on the pitch………strange that

You’d think, as a proudness manc, that he’d be familiar with one of the better songs by Oasis.

As they took his soul
They stole his proudness (prouuuuuudneeeeess)

By ‘proudness’ is he trying to say ‘pride’?

Argh. Suits are uniforms of oppression. ?
I have not worn a suit and tie since i was 18. I hate them, especially those very small tight fitting jackets, that look ridiculous. Come on Freddie, wear what you are comfortable with.