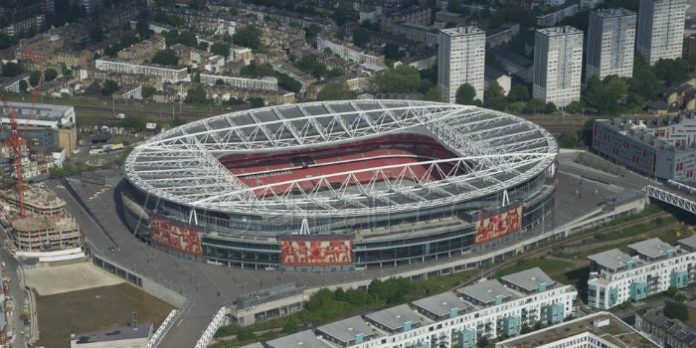 The club have confirmed that after taxation we lost £27.1 million compared to a £56.5 million profit the year before.

Thanks to a run to the final of the Europa League and a sleeve sponsorship deal with Visit Rwanda, football revenue for the year was slightly up (£394.7 million compared to £388.2 million in 2018), however, an increase in player wages wiped that out.

When you combine a lack of player sale profits with second-tier European football, you have a major problem. As was highlighted when we announced financial results in December, we are very reliant on sales to free up cash for further squad building.

As we all know, not playing in the Champions League has hit us very hard on the financial front and following last night’s Europa League exit (which will also prove costly) and our current league position, there’s little chance of that changing anytime soon.

Our new deal with Adidas and revised terms with Emirates will help us this time next year but there’s a fairly high chance we’ll be posting similar if not worse financial results in 12 months time.

Chairman Sir Chips Keswick referenced the above in his shirt statement:

“Our player trading profit for this financial year was limited and this combined with a second consecutive season of Europa League football has meant the club recorded its first overall loss since 2002.

“For 2019/20 we will see increased commercial revenues from Adidas and our renewed deal with Emirates but another season outside the Champions League will continue to apply pressure to our financial results.”

ouch. we really have become a mid-table club. we can’t even hold on to top players anymore without making a loss.

looks like our time at the top is over. well, I guess that’s football for you. Goes through phases. Maybe one day we will be competitive again.

The Arsenal
Reply to  Mootilated

Let’s just hope it does not take 30 years…

Needs a change of ownership as we all know.Anh ideas how we can accelerate that?

If Stan hasn’t been too bothered by the lack of competitiveness, trophies and performance on the pitch, then this news will certainly get his attention. Will he see it as an indication that we need to invest? Or evidence that we need to cut costs?

Or evidence he needs to sell?

Or evidence that he’s a moustachioed toupee wearing cunt who needs to fuck right off.

With FFP there’s probably little that can be done now. All too little too late. This is what happens if you accept mediocrity for years

Invest how exactly? Pour money in like oil, like at clubs we despise? One thing’s for sure, FIFA, or whoever, would love go after us, they always do.

While I appreciate the sentiment, KSE have proven they do not care about sporting success at any of their other properties, and will invest just enough to keep supporters in seats. Their major concerns in their other sporting ventures is in ticket and merch sales, as well as gouging the supporters at the stadium with concessions and parking (though Rapids still has free parking because no one here likes driving to Commerce City).

sorry, but this is just such a lazy narrative.

sure, they prolly don’t have excessively talented people actually doing the deals, but the last thing you could say based on recent windows is that they just won’t invest. hell, biggest factor for these results is less money from transfers out and more from those in.

it’s how the money is invested and players managed, and it’s down to people actually working in the club. heads should roll there.

Why would he need to invest? His investment is worth billions. Making a loss yes but I guarantee the value of the club is still huge.

I’ve been an arsenal fan for over 22years, and I sincerely think it’s high time we praised Wenger for all his contributions than his failures. Let’s remember his successes (including our finances) were more than his failures. For a long time, we didn’t know what it took to be a stable club. Without him, this situation should have become a part of us long before now. For me, thank you Wenger.

To true! The £27M loss reported here is less than we recouped from Manure when we gifted them Robin Van Persie and the next season’s title for £25M. Peter Hill-Wood “We’re not going to break the bank to keep him”.

“We should be able to compete at a level like a club such as Bayern Munich” – Ivan Gazidis, world highest paid snake oil salesman

This. It was speculative when he said it. But we then got anhialated 2 – 10 by the same BM and we now find ourselves struggling to match other Prem’ teams, let alone Bayern.

Having raced forward between 1998 and 2010, we have badly stagnated since and it’s a long way back.

What an absolutely massive cunt he was.

Its cumulative. We will take more hits when we lose key players for lack of Europe’s top competition. And we won’t spend enough to minimise the risk instead take more gambles on lesser or unknown players. One or two may be Martinelli but in general we set ourselves up for more risky venture. More likely we will struggle again to get into top 4. Once upon a time there was a acertain Arsene Wenger who was castigated for achieving top 4 consistently. Some people preferred to be outside top four winning cups buying into the media’s perverse logic. And here… Read more »

i worry all the clever accounting last summer is going to really hamstring us this year, especially without any euro football, which is worryingly still a possibility

We do have a few sell-able assets; Mkyhitarian, Elneny, and I think 2 or 3 central defenders will be sold as we seem to have 8.

Maitland Niles is so far down the pecking order now he’s playing for the U23’s tonight, I can see him being sold.

And then I hate to say it; the likelihood that Aubameyang will leave.

Slippery slope. We have been rubbish retaining players and even selling them. We will likewise be penny pinching (as if this January was not evident enough) We have a poor transfer team first with Mslintat and now with Raul in charge. Neither were good enough to succeed Wenger/Law (Never mind their issues) Our recruitment lacks coherence and relevance to what the team needs tactically. Unai was his own worse enemy as he had the clout last summer coming into second season to push on raul but we made some ludicrous signings (if creative) in Saliba and Pepe both now saddling… Read more »

It will be Visit North Korea next season

The new Adidas kits are sexy though. Too bad they’re going to be remembered for this shit shower of a season

This is pretty standard for a KSE property, so I’d expect this sort of thing going forward without some major changes in leadership.

Board completely fucked up with the likes of Ramsey, Sanchez and others.

This is completely in hindsight. The club’s hands were tied. At the time keeping both for the rest of the season was preferable because they were far better than anything we could have bought on the market in January. Sanchez downed tools but Ramsey dragged us to the Europa final, so in some ways the decision was the right one. It’s very easy to look back and call stupid, but I don’t think it’s that simple.

Makes you realise how much we took Wenger for granted

If wages are going up proportionally to the income, why are teams around us able to improve the quality of their squads and not have to rely so heavily on youth after selling five first team players?

Could it be the commercial side has slacked in comparison?

Where are our commerical improvements? We don’t necessarily have to be in the Champions League to make progress. Other teams around us have made significant strides.

Say good bye to Auba, Xhaka, Guendouzi, and may be few upcoming youngsters. We will be stuck with persistently out of form Laca, Ozil (contract expiring in 1 year) and Mustafi (No one is buying him).

We cannot remain in losses.. we are a club run like a business by businessmen. Not a club of the people run by people.

We are exactly where we deserve to be, as is the whole of football.