Arseblog News – the Arsenal news site
Home Players First team Bellerin: We know what to do now with Arteta in charge 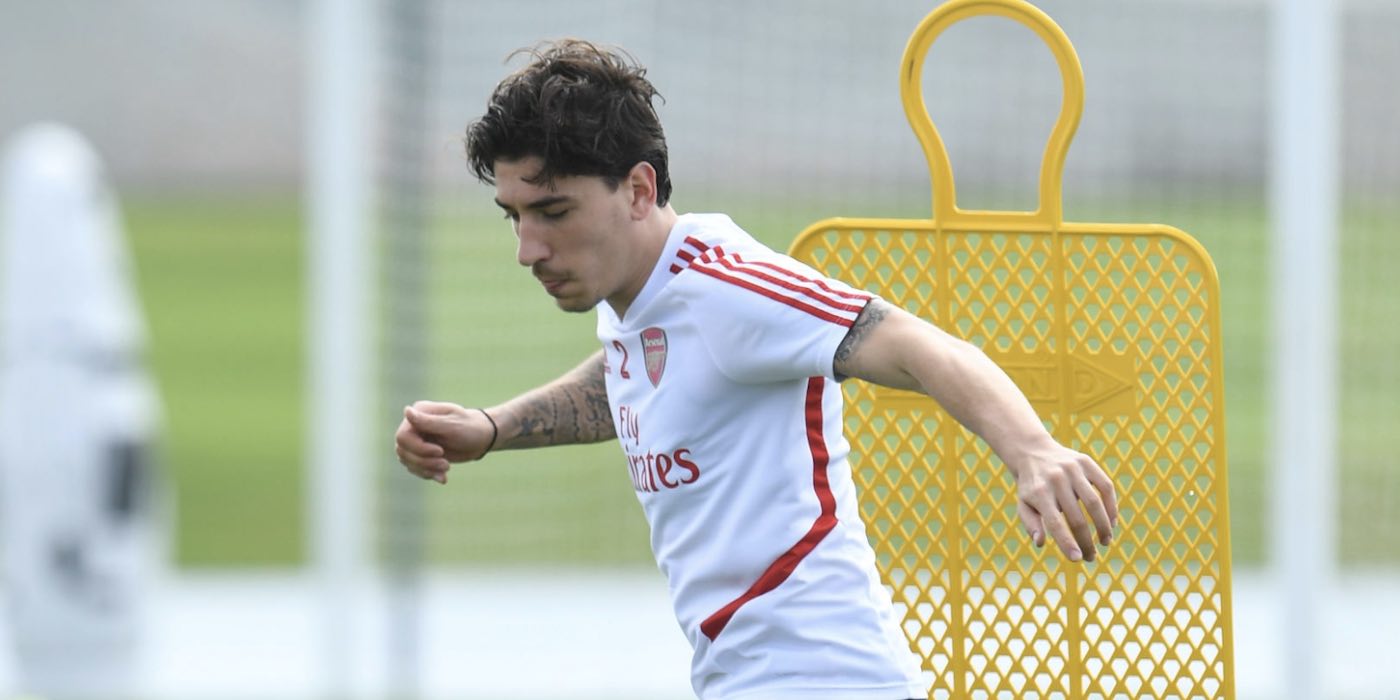 Hector Bellerin says that both Unai Emery and Mikel Arteta are great coaches, but that the team are more united under the new boss, and the clarity of his instructions mean they understand what to do on the pitch.

The right-back was speaking at the Gunners training camp in Dubai, and was asked what the key differences were between the new man and the former coach who was sacked last November.

“They’re both great coaches,” said the right-back told local media, “and there are so many differences in the way we work.

“You can see how united the dressing room is now and the idea of playing might have been a bit blurred before.

“Now, Mikel has a foundation that we know what to do in every single situation, the aim right now is for us players to recognise what the situation is and make the most of it.”

Bellerin becomes the third player in recent days to suggest that things under Emery were far from optimal.

Bernd Leno spoke last week about in no uncertain terms how they were a team in name only, and earlier today Mesut Ozil also acknowledged there had been a big improvement with Arteta in charge.

“Right now, everybody knows tactically that we’re improving,” he said. “It’s just two months that Mikel has been here, and we have improved a lot tactically.”

The next step is to turn some of the many draws into ones, and Hector is sure that will happen as the team continues to grow.

“I think sometimes we need to be a bit more efficient in front of goal,” he told the official site.

“That’s also something that comes with confidence, when you see that you’re playing better and controlling games better, the goals are something that’s going to come. I’m sure you’re going to see that very quickly.

“For us, the promise is that we’re trying to get better every single day. When a different coach comes, there are different things that you’re being asked to do.

“The most important thing is to get things right and I think with the coaching that we’re getting and the tactical advice, if we do the things that they’re asking us to do we’re going to be successful.”

Maybe Peaky Blinders isn’t the no.1 source of learning English afterall. But joke aside, it always felt like Emery wanted to do too many things at the same time with the team, always a new formation, always a new reaction to the oppositions’ strengths. In the end, especially when you have such a new squad like ours, you just need simplicity and consistency.

If this lot could play, as well as they talk, we’d be laughing all the way to the PL title, not languishing in mid table.

They can play, and they will, and we’ll have some joy back in our football again soon. They needed a better coach, and they got one.

The PL title in six weeks? Come on..give these guys a chance!

You seem to have a lot to say for yourself though don’t you.

Defence: we need to be more efficient in front of goal.

Attack: We need to defend better as a team.

SOS……Wenger come back!! We are ok with 4th

Ah the days when fourth was not good enough for some…

Players are out of excuses now.

Santori
Reply to  The Arsenal

We do? We have been pretty much reaping the same results as under Emery.

2)Defensive stability looks better but then at expense of attacking prowess thereby balance is also still an issue.

See some micro positives in positioning and movement off ball.

BUT overall implementation still not there.

Hopefully the Middle East break will be pause for a reset further.

If we do not start to make CONCRETE progress, this belief (particularly with some senior players) will dissipate very fast.