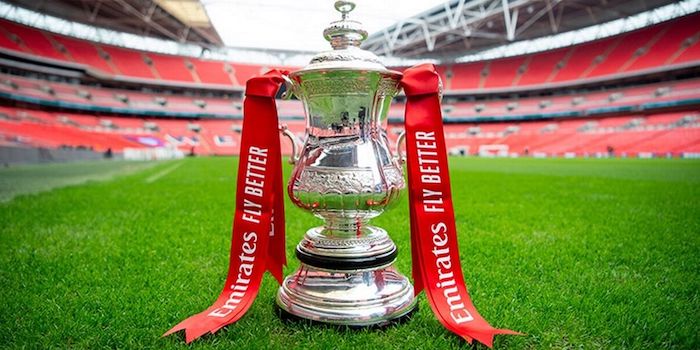 Arsenal’s reward for beating Portsmouth on Monday night is an FA Cup quarter-final showdown with Sheffield United at Bramall Lane.

The matches are due to be played between 20-23 March. If the scheduling from recent rounds is anything to go by, you can be sure we’ll be playing on the Monday night.

The Gunners are chasing a 14th success in the competition, the trophy being the last chance of silverware this season.

The sides have met twice already this season, with the Blades winning 1-0 win at home, with a 1-1 draw at the Emirates in January.

The last time we met in the cup was in 2005 when we went through on penalties in a replay, on our way to beating Man Utd in the final that year.

Is it an omen? No, it’s just two teams drawn against each other in the FA Cup.

The draw also means our away game at Southampton will have to be rescheduled for later in the season. It was meant to take place on March 22nd, but was postponed because of our win over Portsmouth on Monday.

Work on it being Sunday lunchtime because that’s when I’m out for a lunch I won’t be able to duck out from ?

This is going to be a tough game for sure.

Sheffield Utd away was difficult under Emery. But hopefully we can manage with Mikel in charge! Better than having Man City or Chelsea in the next round

We’re actually not bad away from home under Mikel.

And the scum are out to Norwich in PK’s?

A Krul way to go out?

Eric in Dier straits going into the crowd at full time to fight the fans.

At least Spuds wont be in the quarters

Spurs just got knocked out on penalties. To the team bottom of the league.

Now we’ll surely have to endure the cringe of their fans calling the FA Cup a Mickey Mouse cup; when in reality they can’t win sh*t and they’ve won exactly f*ck all in the last decade.

Reminds me of that bitter prick in school who can’t get the girl he wants, so he starts acting like he didn’t want her anyway. Lol

My boss, apart from being a moron, is a Spud fan and he has confessed to me his hunger for them to win anything. He’s fucking desperate to experience how it feels to support a team that wins something. I should fell sympathy but…Spuds!

Tell him at least Sol Campbell fulfilled his dream of winning the league at white hart lane.

Wish I could u a double thumbs up

Arsenal have won the league at SHL more times than Spuds

No need to get personal. They just weren’t my type.

Shame we’re not at home, but at least we’ve avoided the big guns. Sheffield United are a decent side but we’ll be favourites to see them off.

And with Spuds knocked out it’s been a highly enjoyable night!

See you at Wembley!

How did Sheffield United progress to quarter finals if they lost to Manchester city?

What?? Have I missed the joke here?

The one I feel bad for is Mourinho. He’s done such great things with them since his arrival only for their FA Cup aspirations to end like this. I mean it’s just terrible. Such a nice man too.

Lucky lucky lucky…do not throw it away.

We drew Olympiakos and mucked it up.

The last time we played Sheffield United in the cup we got to witness arguably the greatest save of all time, David Seamans miracle moment from a Peschisolido header.

We can only hope we get to see something as memorable at either end of the pitch this time around… in our favour of course.

Last time we played SheffU though we saw one of the greatest travesties of VAR and ended up with 1-1 draw at home.

As it’s an away game I guess that means season ticket holders are all getting a refund? That’s a hefty loss for the club!

off topic, but this site is saying i’ve liked loads of random comments. But this is the first time I’ve opened this page…

Bring on Sheffield. Let’s hope Arteta can rescue something from this woeful season.