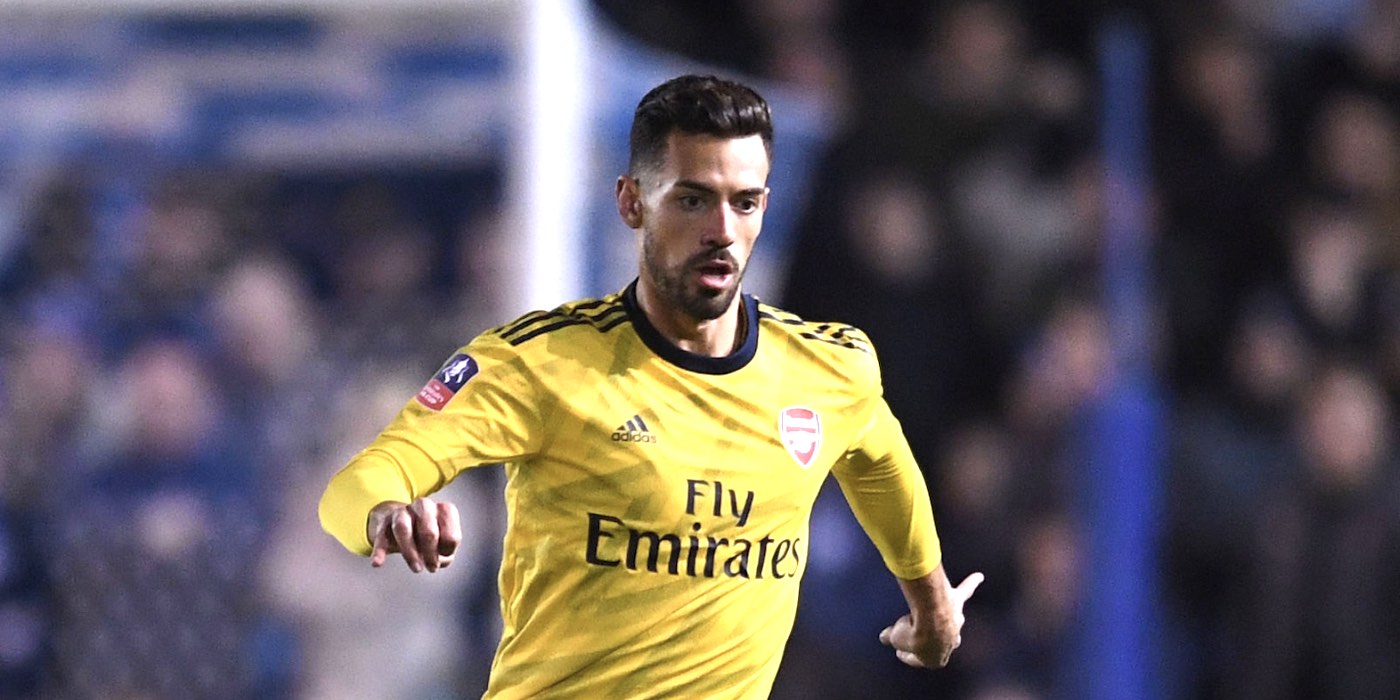 Pablo Mari made his Arsenal debut in last night’s 2-0 win over Portsmouth in the FA Cup.

While it wasn’t the most difficult test from a defensive point of view, the Spaniard put in a good showing, playing the 90 minutes and impressing on the ball in particular.

His range of passing was on show throughout, and it was perhaps some evidence of why we brought him to the club from Flamengo in January.

His bow in Arsenal colours pleased boss Mikel Arteta, who now has another option at his disposal between now and May.

“I think he looked comfortable,” said the manager. “He is very vocal and very comfortable on the ball, always commanding the back four.

“He looked like he’s played here for months. I think we have a good player.”

The 26 year old also impressed defensive partner David Luiz, who also had some words for the young players who were drafted into the team. The Gunners started with six players of 20 or under, and after a difficult start controlled the game and deserved the win.

“I’m so happy for Pablo,” said Luiz. “He’s a great guy, a great player and he had an amazing game so we are here to help each other and we are here, 25 players, ready to play, ready to play for Arsenal and ready to give the best job.

“When it’s like that it’s a pleasure to play football as I will say to the guys, especially to these young lads who are starting football.

“They are starting with a great opportunity at a big club and they are doing great, so it’s a pleasure to play with them.”

Arteta: Villarreal have final-third players who can decide games

Thought he looked calm tall and skillful with the ball at his feet or pinging it long. Quite the catch

Luiz is a great guy, he will be a good manager one day.

He had a few shakey games early, but once he settled down he has actually been one of the more impressive players this season. While our defense has still had it’s moments, our biggest problem still remains our lack of goals – especially from midfield – we have literally 2 goals out of our midfield this whole season. One by Torreira, one by Ozil. Having a #10 with basically zero goal threat puts enormous pressure on our attack and makes life more comfortable for the defense as they no there is little goal scoring threat coming from behind the front… Read more »

The Arsenal
Reply to  Dave M

Ozil has the most mysterious left foot ever.

Dave M
Reply to  The Arsenal

I know right. You watch him play these incredible passes and dinks and chips and control and you think man, this guy could score goals at will. Then with the goal in sight he turns into Titus Bramble. How can someone with such talented feet, be so useless at shooting the ball??

I mean literally look up: Mesut Ozil long range goals…ZERO! The best I could find was a near miss with Real Madrid.

I think he scored a free kick once, and also a long range side footed finish against Reina’s Liverpool

Lets hope we’ve uncovered a diamond. It’ll be interesting to see how our back 4 line up next season. With Saliba coming in too.

But I’m really pleased that Nelson, Nketiah, Willock, Saka, and Marintelli play for Arsenal. Such a talented group of guys. Hopefully we can keep hold of them and keep them together for a bit of a golden generation. Imagine how good they’ll be when they’re 26 – 28 if they keep up their work ethic!

The rate at which Willock misplaced passes, makes wrong choices, or falls over is cause for concern though. Nelson, Martinelli, Saka and Nketiah are quite exciting. Let’s hope Willock brushes up his game.

He looks like a player that doesn’t take chances and that is a positive in an Arsenal defence. Good to see he has the height too!

On the one hand he looked sluggish a bit. OTOH he did just enough to deal with everything that went his way. A bit like BFG in a way.

Hmm so many Mertesacker haters?

how on earth did Luiz get motm last night? should’ve been Nelson. Luiz is the main reason our buildup was so slow and predictable in the first half. I mean, how many touches do you need to take before passing your CB partner with a weak pass?