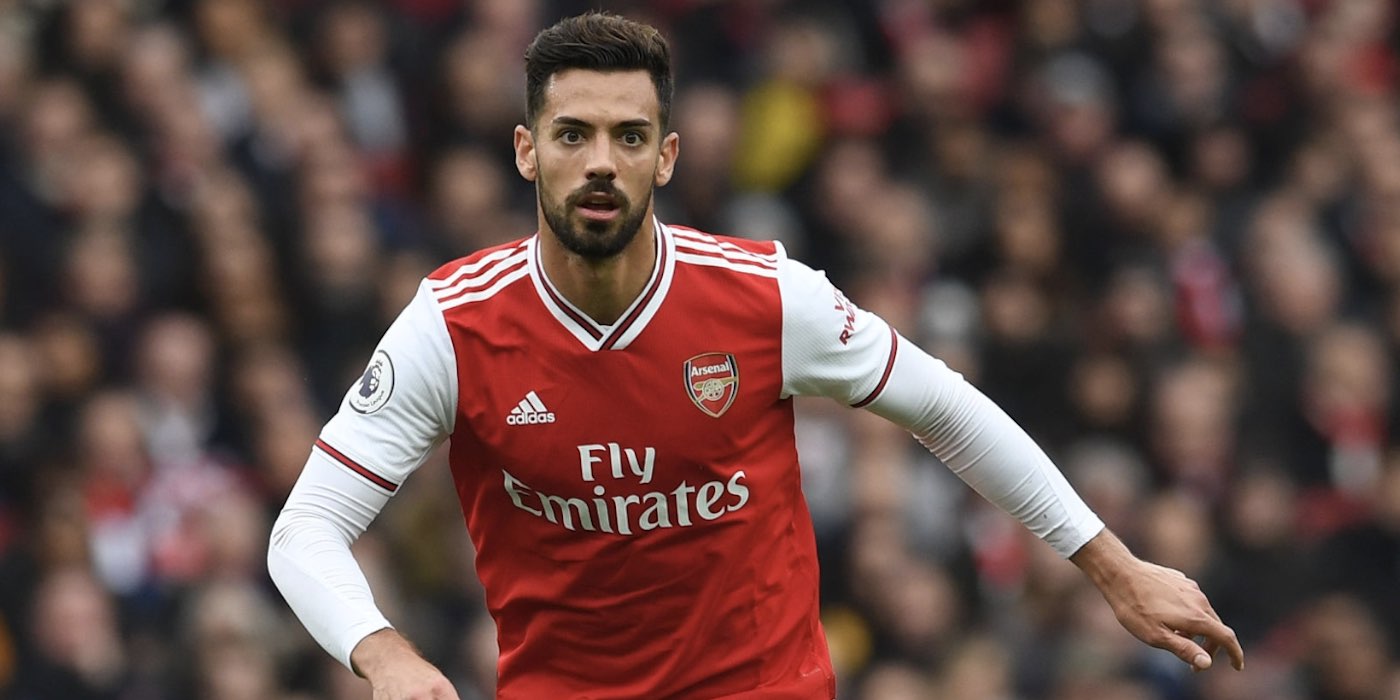 Having signed on loan from Flamengo in January, it’s widely believed that Arsenal will make Pablo Mari a permanent signing in the summer.

The Brazilian side have already replaced him, and with the Gunners defence in need of a rebuild this summer, it would be an easy way to complete a transfer – with the player himself settling in to English football between now and May.

The Spaniard made his Premier League debut on Saturday in the 1-0 win over West Ham, following his bow in the FA Cup win over Portsmouth last Monday.

It’s clear he sees his long-term future in North London, and was asked by Sky Sports if he wanted to stay beyond the end of his nominal loan period.

“Yes, of course,” he replied. “I am so happy here. I am going to try and do my best until the end of the season.

“I hope also the club is happy with me and then we are going to find a good end of the season for everybody.

“I want to play a lot of years here with Arsenal. It is another situation and I am really happy now.”

Although he signed for Man City from Gimnastic de Tarragona in 2016, he was immediately loaned to another City group club, Girona. He never played for tomorrow night’s opponents, nor did he meet Gunners boss Mikel Arteta who was Pep Guardiola’s assistant at the Etihad.

“I didn’t meet him there,” said Mari, “so this is my first time with him.

“But everybody knows he is a really good coach. He tries to speak with me a lot and I try to learn a lot with him.

“I think it is going to be good together.”

Snap him up! Him and Saliba will be good additions to our defence for next season.

He seems good and comes with an excellent record in the Brazilian league, but it is still too early to tell about whether we should buy him or not. This is why the move to have him on loan was so astute. It gives us the chance to really evaluate his abilities in the PL prior to any decisions made.

I can see Sok and Mus being moved on at the end of the season. Mus has improved under Arteta (as have a lot of other players) but I can still see him surplus to requirements. If that is the case, he should fetch a somewhat decent fee (at least more than if he was sold under the Emery era). Some RB cover would be nice too so we can move AMN back into midfield.

B JACK
Reply to  Welsh Gooner

Our CB situation will be interesting next season.. If Mari stays, we will also have Holding, Chambers and Louiz!
Flr some reason Im assuming Papa and Mustafi will be gone..

Btw, anyone knows what happened to Holding? I thought he was healthy for a while now, doesnt Arteta rate him or did he have a setback?

Anyone have any idea the price tag they’ll have on him, or likely to be form dependent between now and May?

Not certain but reportedly, Flamengo wanted a sale of 9m euros in the summer before Arsenal insisted on a loan with option to buy. The fee might be that number or less considering we’re paying for a 5m loan fee.

He looks as if he could be a very good reinforcement to our ailing defensive
issues. Focussed and with a good eye for positioning. Maybe a bit ‘slow’ but
he does seem to have the kind of telescopic legs that Per had. Let’s cross
fingers and get behind the lad- he’s bound to make mistakes adjusting to PM
football, but he seems to be eager to get in with the mix. And I think his
English is quite okay,too- and this is to his advantage,methinks!

Per was good but not at the level that we need to get back to the very top. If indeed he is comparable to Per then we should keep looking.

He looked ok and has potential

Pablo Mari is our Picasso. He’s going to draw his masterpieces on the pitch that’d surely lead to a lot of trophies for the Arsenal!

Now that is funny, don’t know why so many downvotes.

Hopefully turn out to be a great player as looks like he is coming on board. My personal preference would be to get someone with more pace. I think our style of play needs player that can cope 1 v 1.

Has anyone ever seen Pablo and Bruno Fernandes in the same room?

Anymore mention of Bruno Fernando’s, I think I might run mad

So far so good , but for the Man City game tomorrow, I would prefer the experience of Luiz and Sokratis at CB.

Thanks Arseblog for joining in the media scaremongering regarding Coronavirus.
Some of us come here to get away from that shit

‘some of us come here to get away from that shit’ and posts it on a story completely unrelated to coronavirus. good work.

Much like Arseblog posting a completely non-related arsenal blog this morning then.

At this rate Arsenal football is likely to be disrupted, if that means games behind closed doors, or worst case scenario, season abondoned. Blogs post was football related. Harvard epidemiologists have estimated that 20-60% of the population could become infected. Scaremongering? I don’t think so, more like using his platform to do something responsible like educate a person such as yourself. I suggest watching that video.

Self isolation is needed permanently for people like yourself who believe all the hype.
Go put your tin hat on

Arsenal fans are one of the funniest fans. I’ve learned a lot from you guys. And Blogs himself. I’m going thru a bad spell in my life but rest assured I’ll make it.

Looks like we have missed out on Yan Couto, the highly promising Brazilian right-back who we were strongly linked with has agreed to join Man City instead.

Needs to sharpen his game for PL competition just a bit.
Looks to be a good one though. Good business too.

May have to. I think he looks decent thus far. He seems to be brought in to hedge against some potential departures. Otherwise we have 8 options at the moment to consider this summer at Cback which is throwing numbers at a problem, not a solution per se. Sokratis looks like he may not renew. Seems odd given he is one of our more consistent performers that he has been dropped in preference in recent matches to a Luiz-Mustafi partnershp and used instead as a fullback. Luiz is also an older asset. maybe retained for back up/experience if Sokratis isold.… Read more »