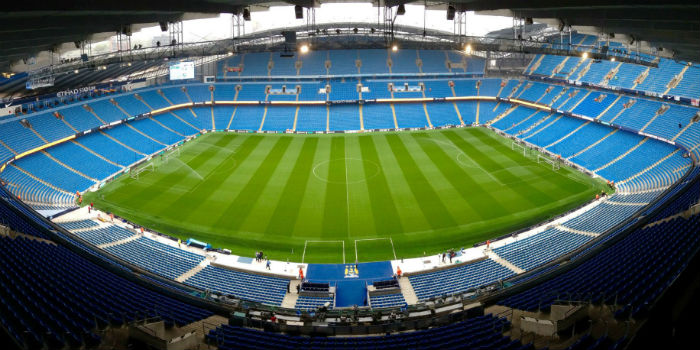 Arsenal’s postponed game with Manchester City could be played next week, according to The Mirror.

The Gunners were originally supposed to face Pep Guardiola’s side at the Etihad last weekend but their progress to the League Cup final, which they won on Sunday, scuppered things.

It looked like the game might get shunted towards the end of the season, however, with Arsenal crashing out of the Europa League and City not due to face Real in the return leg of their Champions League clash until 17 March a space in the calendar has arisen.

Arsenal play West Ham on Saturday at the Emirates and then travel to Brighton a week later. City have the Manchester derby on Sunday and then take on Burnley on 14 March.

A decision on whether the fixture will be played on Wednesday 11 March is expected to be made inside 24 hours. Presumably, both clubs will then have to rush through the ticket selling process.

Tough match . Let’s play like Watford and we’ve got a chance.

Got agent Mik for that one. Pretty sure he will prepare them as good as possible against Pep.

Arsenal should try and wait it out.

The further that City progress in the CL and FA cup, and the more congestion, the more of chance of getting a result at the Etihad, particularly if they’re away from Leicester with zero chance of catching Liverpool.

Not sure, between a Manchester derby when the title still technically isn’t over and a second leg against Madrid seems like a pretty good oppurtinuity – If we’re clutching at straws.

Also, it’s not at the Etihad. It’s a home match.

They already played the match at the Emirates (on 15 December), so it is, indeed, at the Etihad.

With Laporte out for City I rather play them now then when he returns. Better chance for a win hopefully

Three days after a Manchester Derby? Us with an extra day of rest?
Sounds like about as good of a time as ever.

Situation tilted slightly in our favor, or just get it done and dusted. Either way, I’d rather do this than wait it out.

We need all the points we can get regardless of who is the opposition. We are still barely threading water in 10th/11th despite perceived “improvements” That is worrying bc we are in the results business. At present we are still very much a team of two halves to suggest Arteta has not quite found solution to a problem that has plagued and persisted since Wenger and through Emery. Realistically, we need to try for fifth IMO. If we some how sneak into CL, it would because a large number of teams falter ahead of us but that would be unlikely… Read more »

Upamecano but downalego
Reply to  Santori

happens to be an anagram of

I rant so much

Once again, the match going fanbase is taken for granted and another roughshod ride by the game’s authorities.

This only ends when supporters trusts come together and boycott games planned with little consideration for the fans that are a key component of the spectacle enjoyed around the world.

The 11th of March is my birthday so this could be a great birthday present if we get the 3 points but could equally ruin it if we get turned over.