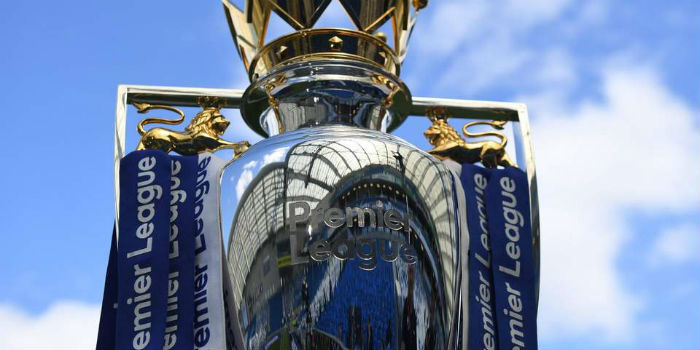 Professional sport will not resume in the UK, even behind closed doors, until after 1 June.

Step two of the plan – which will not be allowed to start before 1 June – includes “permitting cultural and sporting events to take place behind closed doors for broadcast, while avoiding the risk of large-scale social contact”.

The document also stresses that paying punters “may only be fully possible significantly later depending on the reduction in numbers of infections” – a hint that next season is likely to start without fans in attendance.

The Guardian reported that the Premier League has been eyeing a restart of the 2019/20 campaign on 13 June.

It remains to be seen whether players will be able to take part in any form of communal training between now and 1 June. Even if they are allowed to start training, clubs won’t have much time to prepare players who’ve not played since mid-March.

It’s also unclear how teams playing in Europe will get around the new quarantine rules which are set to be enforced on international arrivals. Not a problem for Arsenal, but a head-scratcher for teams expected to complete Europa League and Champions League ties in August.

Of course, football returning in June is wholly dependant on clubs agreeing on how to finish the season. As things stand, everybody wants football to start again – driven by a desire to secure outstanding broadcast revenue – but nobody can agree on the specifics of ‘Project Restart’.

Representatives from each Premier League club met via video conference today to discuss the government’s latest update and it sounds like deep divisions still exist.

The big stumbling block in recent weeks has been the request that matches take place at eight to 10 neutral grounds to minimise the strain on the authorities and to put off supporters from gathering outside venues.

The bottom six clubs are said to be against giving up home advantage with Brighton’s CEO, Paul Barber, admitting that fear of relegation is driving his club’s opposition to the idea.

Aston Villa’s CEO, Christian Purslow, used this analogy, “It’s like the Grand National which we are restarting at Ascot rather than Aintree and the horses aren’t the same and if jockeys are sick they change as well.”

Other clubs are said to have concerns about the plans, especially if they roll into the start of next season.

In response, UK football police chief Mark Roberts said, “Some people in football need to get a grip and recognise there’s a bigger picture here.”

It sounds as though the bottom-six would green-light the use of neutral grounds if relegation was taken off the table. Unfortunately for them, the FA are staunchly against the idea. If the season couldn’t restart, they would push for final standings to be based on sporting merit, as per Uefa guidance, and would enforce relegation.

The Times (£) reported this afternoon that the Premier League are so desperate to break the deadlock, that they will lobby the government to allow games to take place at home grounds, despite the potential backlash that could create.

Speaking after the shareholders’ meeting, Premier League chief executive Richard Masters seemed to corroborate the story. “Everybody would prefer to play at home and away if at all possible, and it’s clear to see some clubs feel more strongly about that than others,” he told the BBC.

“We are in contact with the authorities and listening to that advice, while also representing club views in those discussions.”

He added: “Since Covid became an issue we’ve been talking to the authorities about the conditions in which we could get the Premier League back up and running and taking all that advice on board, but it is an ongoing dialogue. All must be cognisant of what authorities are telling us, and we’ll continue with that consultation.”

The issue of player safety has also come to the fore. Last week, senior medics from all 20 clubs sought assurances from the Premier League over their own liability and insurance cover if players contract the virus. They also asked for clarity over medical protocols, testing and player welfare.

With time running out, Masters also admitted that clubs discussed, for the first time, the prospect of ending the season prematurely.

“It’s the first time we’ve discussed curtailment,” he said. “It’s still our aim to finish the season obviously, but it’s important to discuss all of the options with our clubs.

“Obviously we won’t be playing until the middle of June. It doesn’t seem quite right to be talking about playing before we’ve taken a decision to return to the first stage of training.

“But in terms of how those matches will take place there’s a lot of water to pass under the bridge, and we’ll continue to assess the circumstances then.”

France, Holland and Belgium have already called time on their campaigns, Italy’s Serie A hasn’t given up on a return and the Bundesliga plans to kick-off again next weekend. The Premier League is under instruction to inform Uefa of its plans for the rest of the campaign by 25 May.

The clock is ticking.

Tierney pleased hard work has paid off after “toughest” year

Declare Liverpool champions, no relegation, no promotion from Championship, and start again when it’s safe to do so, even if it’s next year.

I don’t see why Liverpool should be declared champions if the top team in the Championship can’t be promoted. Call the season off completely.

‘Everyone wants football to start again’ .. well maybe, but I don’t know many people who are bothered about this season. My view is that ths PL are just pissing into the wind. Just call it null and void and think about how and when we can start the 20/21 season.

I would stop the season but not null and void it. The UEFA coefficient should be used to establish team positions in the table. I know this won’t favour every team but neither would any other scenario but something needs to be done.

I’m trying to think of precedents in sport. Perhaps the 1939/40 season, the 93 Grand National. Neither were restarted. It just seems very unfair to, say, relegate clubs when they haven’t played the same teams. So, could we construct a league table amongst the clubs who could still be relegated, only based on the common games they’ve played. So if a team hasn’t played Liverpool away, then all results against Liverpool away are discounted.

The person that actually needs to get a grip is UK football police chief Mark Roberts.

He’s probably just pissed off that he hasn’t been able to summarily execute an innocent brown person for a while.

Funny that a representative of a profession of insecure choke artists that kill hundreds if not thousands of innocent people of color every year by constantly escalating otherwise benign situations has once again – wait for it – escalated a benign situation on which reasonable people can disagree with disrespectful rhetoric that adds nothing to the conversation. Par for the course, sadly.

I am just excited to hear about football