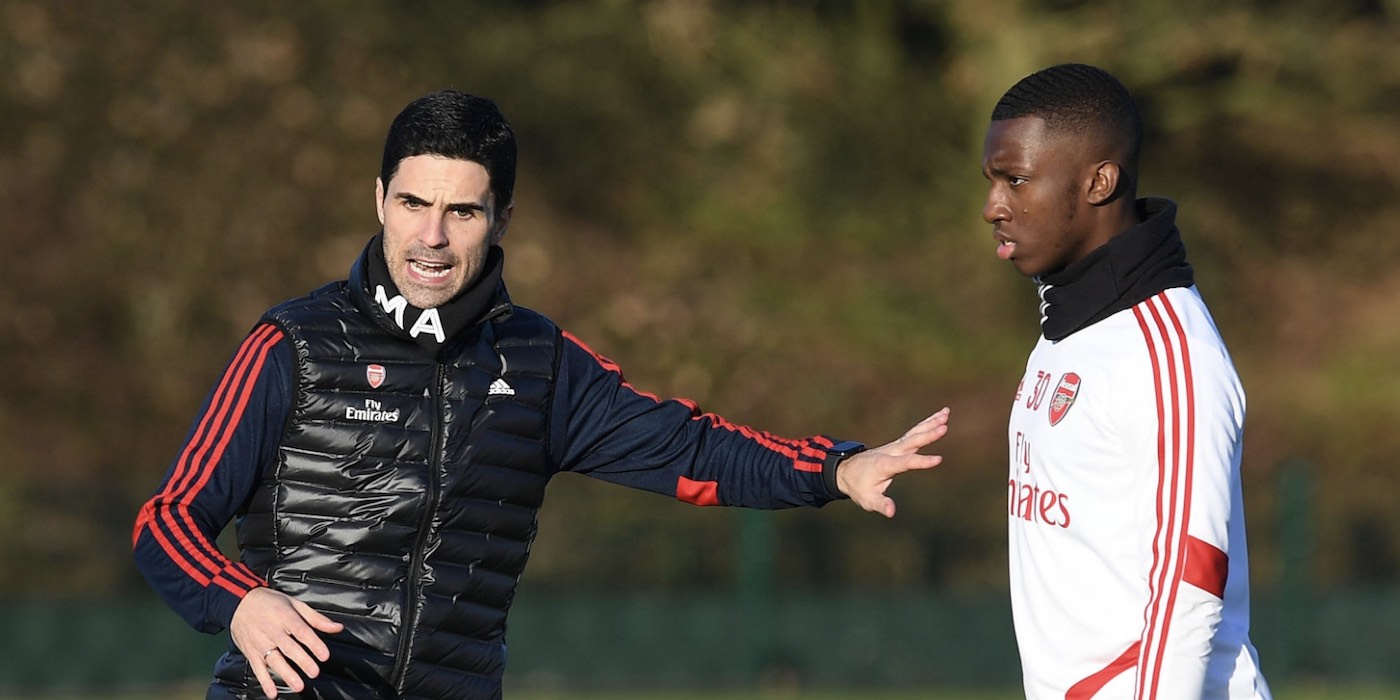 One of the bright spots of what has been a strange season for Arsenal has been the emergence of some of the young talents at the club.

Bukayo Saka and Gabriel Martinelli have been the stand-out performers, but we’ve seen contributions from Joe Willock (our highest scoring midfielder), Reiss Nelson and Eddie Nketiah too. There have also been some lesser known players, like Trae Coyle and midfielder Matt Smith, called up to train with the first team to add some depth to the squad.

With ten games to play in a short period of time, and up to 5 subs available to Mikel Arteta, we’re likely to see much more of them between now and the end of the campaign.

Speaking to the press ahead of our first game back against Man City on Wednesday evening, the Arsenal manager said the hectic schedule coming after such a long break will further provide opportunities.

“I think it will happen,” he said. “For example in our case we have five games in 15 days, that’s a game every three days.

“We don’t know how the players are going to respond physically because we have had a really short preparation time.

“We have to use them, we have some really talented young boys that are asking for chances. I’m sure at other clubs the situation will be the same and I think at some stage we will be forced to use some of them with the amount of games that we are going to be playing in that space of time.”

The boss was also asked about Nketiah, the young striker who was starting games ahead of Alexandre Lacazette before the Covid-19 shut down.

“We treat Eddie as an important part of our squad, we had to make a very important decision not to let him go out on loan again after the spell he had at Leeds,” he said.

“I watched him train and I am convinced that he is the right player for us, to move us to the next level and that he can contribute in a big way to the way we want to play.

“He has been fantastic so far.”

It’s obvious Arteta believes in Eddie a lot.
That’s what we need, hopefully Eddie takes the bull by the horn and shows he’s meant for the top flight also.
I’d like to see more of Saka on the wings. Nelson though still needs to convince us he can be as good as Saka/Martinelli or better.
All in all, even though it’ll be awkward and kinda dull without fans. It’s great to see us finally play competitive football again

Eddie is our first team striker.

Eddie is [one of] our first team striker[s].

Fixed it for you.
Welcome!

Eddie,Saka and Martinelli should be given more playing time especially last two…Mari, Cedric and Ceballos also should be given chances so as to ascertain whether they could continue with us….