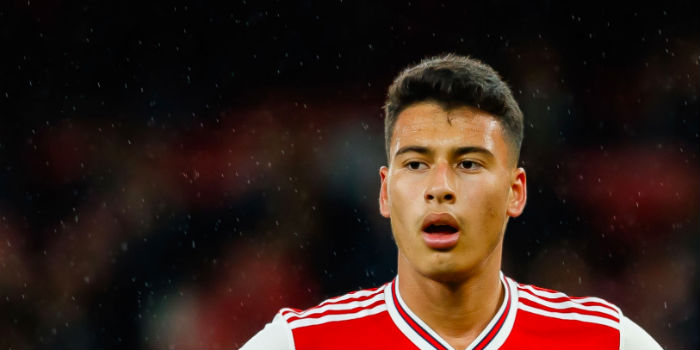 This is going to be a roller coaster, so buckle up.

Arsenal have confirmed that Gabriel Martinelli suffered a knee injury during training on Sunday and is currently being assessed by the club’s medical team.

Writing in The Athletic, David Ornstein claims there are fears that the striker has suffered meniscus damage which would rule him out of the rest of the season. Boo. Hiss.

In the same bulletin, the club has revealed that Bernd Leno has ‘only’ suffered a moderate ligament sprain to his right knee; a huge relief because everybody assumed that he’d suffered an ACL. He’ll still miss four to six weeks but we won’t have to siphon off cash to by another goalkeeper this summer. Yay. Sort of.

Joining him in the treatment room is Pablo Mari. The Spaniard was subbed off in the first half of last week’s defeat to Manchester City and has suffered a ‘significant sprain’ to his ankle ligaments. He’s looking at up to three months out, which is hardly ideal as we’re on the cusp of confirming his signature on a permanent deal from Flamengo. Boo. Hiss.

The last time we did a team news post, prior to the Brighton game, Sokratis and Granit Xhaka had been ruled out for a couple of weeks. They are now back in full training and should be available for Thursday’s game with Southampton. Yay.

In other news, Cedric Soares is aiming to be fit for Sunday’s FA Cup quarter-final with Sheffield United, Lucas Torreira is still three weeks away and Calum Chambers continues to work his way back from his ACL injury.

Time for a deep breath.

Gabriel insists injury is ‘nothing serious’ despite Olympic woe

Xhaka heals pretty fast!
Good for Leno.
Shame about Gabi, explains why he didn’t get on Saturday.
COYG.

How?
The article says he suffered the injury during training on Sunday.
That’s after the game on Saturday, not before.

You’re right. It’s Saturday until its Sunday, that’s how it works.

Maybe they already had concerns on his knee and Arteta did not want to risk it in a match. But then it begs the question why include him in the squad in the first place…

Xhaka and Sokrates first out for 2 weeks, but now they are back….

Hmmm… My guess is they are 2 of the 3 players that had to go into isolation due to that false positive covid 19 test that was reported.

So while yes, all the injuries are clearly bad, I’m actually encouraged by this. I had become so used to players being gone for the season that I just assumed we could rule Mari, Leno, Xhaka, Sokratis, and Soares out until their contracts were up.