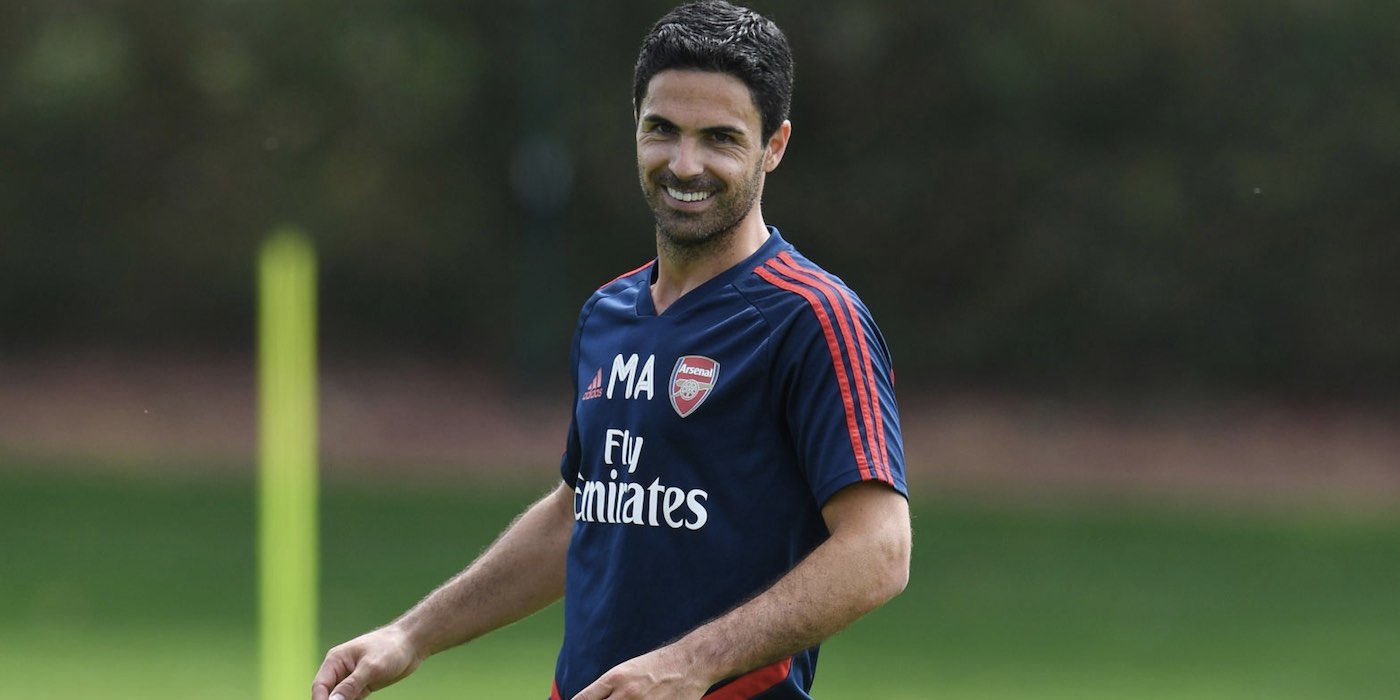 The Arsenal boss again confirmed the desire to sign the Spanish centre-half on a permanent basis from Flamengo.

“We have trying to get the deal done, because we are happy with what Pablo can bring to us,” he said.

“The club we trying to finalise the deal. I think the club will announce that as soon as possible when the deal is sorted, there were some legal issues to get sorted, but our intention clearly is to keep him.”

Arteta revealed that ahead of the deadline of midnight tonight, some legal wrangling is going on behind the scenes to sort our extensions.

“It’s very complicated, the timing of it, and the legal issues that are involved in that,” he said.

“The club is trying to finalise everything in the next few hours. We have no choice, we have to do it, and even more with the injuries that we had so we are trying to resolve this.

Arteta didn’t go into details about Dani Ceballos, but it’s fairly certain his would an end of season extension, and then we get to David Luiz. Will it be one more year, something we already declined to do despite having the option, or simply a short-term deal to provide cover until the transfer window opens?

As for Soares, it seems as if this is a deal we will make permanent, as reported earlier, but the complication comes from the fact he needs to extend his contract with Southampton first, so the two clubs can then extend the loan which would allow him to play for us this season. He can then sign the three year contract on offer from Arsenal when that deal expires.

“It was the plan from the start,” said Arteta of Soares becoming a full-time member of the team.

“But he’s been so, so unlucky. He had an injury when he joined, and then he got a fracture of the nose.

“He hasn’t played at all for us, but we think he’s a player who will improve and help the squad depth and hopefully we can do it.”

Earlier, Arsenal received good news over Bernd Leno and his injury, but bad news over Gabriel Martinelli whose knee injury is one that Arteta expects will keep him sidelined for a period of months.

Actually, if it’s only to the end of the season, it’s probably a defensible move given the recent rash of injuries. If it’s for another year then it’s a major mistake.

Soarez is just more of the same, isn’t he? He won’t offer the power and pace that our team badly needs. We are so hopeless…

We need a backup RB and yeah there are better players, but at this point he’s an experienced PL player for relatively cheap. We’d be hard-pressed to find a better value deal at this point. The awful short-term loan deal for an injured player is a sunk cost at this point so we shouldn’t let that impact this decision

The way Hector is playing, it is good to have at least some competition. The sideways passing and pausing attacks is really starting to get to me.

With Luiz “staying” for one more year, I guess one of Mustafi or Sokratis will go this summer… as for Soares, well if he’s fit , we’ll have backup for Bellerin next season…
What can you do…

I rate Emery more than Arteta.
I have no faith in Arteta at all – Soares, Mari and the possibility of Luiz staying at the club?
This is not fucking progression is it?
Arsenal are a terribly managed club. Arteta could turn out to be the end of this club. Inexperienced and incompetent…

Despite the fact that Arteta is not in charge of literally anything you mentioned? Real well thought out opinion! If you want to point the finger at anyone it should be our executives, Raul in particular, who have bollocksed up pretty much every major decision and are the actual ones in charge of the things you mention and try to beat Arteta with. Arteta could be shit, or great, time and an actual proper full season of football will tell. But if we don’t do something about the woeful executive decisions from Raul and co, he could be the messiah… Read more »

I think Leon is a Spurs fan trying to troll. It’s painfully obvious

Duuuuuuuuude, ppl like are so hopeless! You forget it took even Klopp about 3.5 years to steady Liverpool and they were in little better shape than us. And Klopp had 10 years of experience and won 3-4 major trophies in German league and went to champions league final with avg age of 23 in his squad. Which bayern took apart.

Arteta can’t fix everything 3 months. This is major rebuild, give him time and he’s learning as well.

And every big manager in today’s day talk about Mikel’s potential. Give him time, just like you will to Martinelli!

The difference between Klopp’s Liverpool and Arteta’s Arsenal is that Liverpool bought and sold players really sensibly and built such an impressive team. The same can’t be said of Arsenal. The contract situation and these purchases show that Arsenal are panicking and have no real plan going forward. While I think Arteta has great potential as a manager I don’t think Arsenal is the right project for him. You can’t save a sinking ship.

I don’t get why we want to extend Marias loan desl? He’s injured and out for the season so why the loan deal and why the rush? As I understad we are working on singning him permanently and in that case we can’t use him until next season.. Am I missing something?

I assume there’s a deadline for when we have to decide to exercise the option with Flamengo to make the deal permanent. It may be pretty soon, as deals normally finish 30 June.

I suppose we could try to play hardball, not take the option and try to negotiate a lower price sometime over the summer, as the transfer market might have dropped since Covid and Flamengo are probably desperate for cash. Would be a bit underhand, and somehow I imagine we’d fuck that up if we tried!

Flamengo have already announced a permanent deal has been made.

If Luiz signs for another year and Willian that’s a complete joke. Raul is turning out to be a Gazidas mark 2!

This just keeps getting better and better. Martinelli long-term injury. Luiz extended for another year. Soares, who may or may not be any good, since he’s been injured. Arsenal management is a joke.
At least Leno injury isn’t catastrophic.

Soares must look like the cat that got the cream. I bet the guy can’t believe his luck with the loan, COVID and now Arsenal probably signing him on a long term deal given the lack of funds available to buy another decent full back. Cedric enjoy your cream my son.