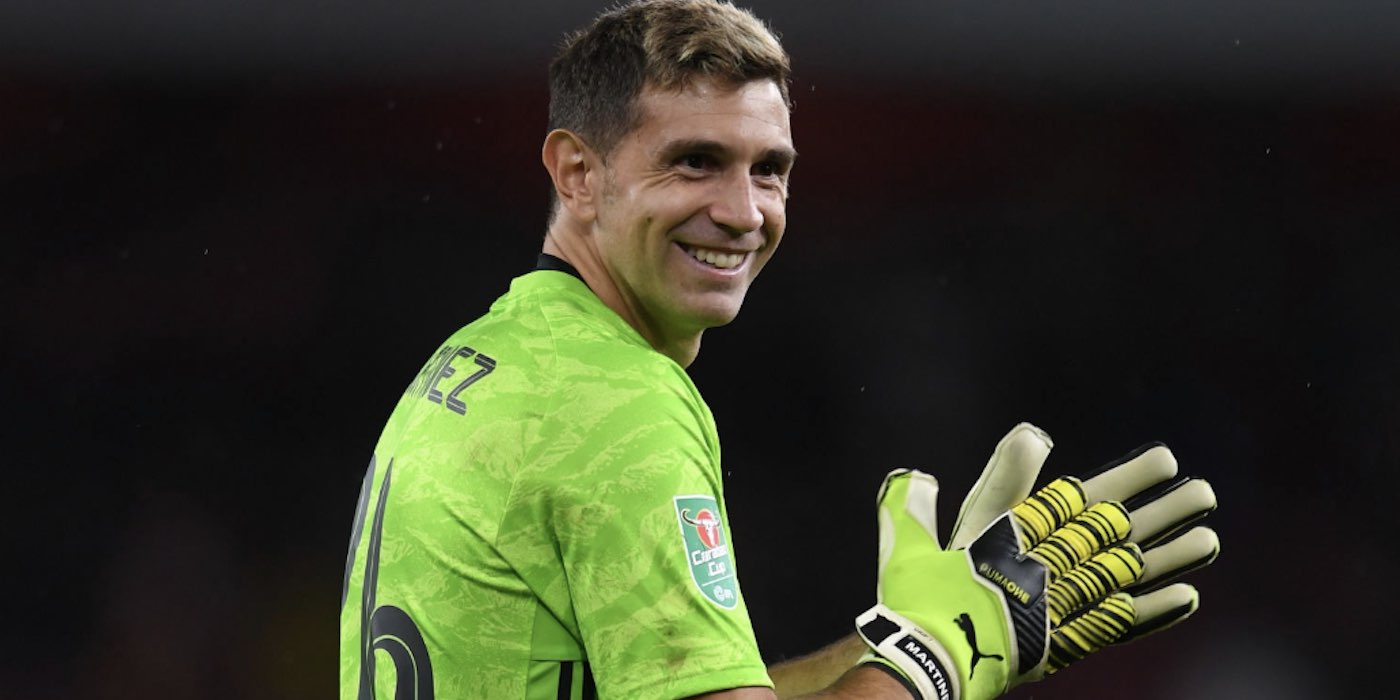 Now that Emi Martinez is set to play the rest of the season as Arsenal’s first choice keeper, the interest of his compatriots in his progress has piqued.

Called up to train with the Argentina national team in 2011 and 2019, the 27-year-old is now hoping that a run of domestic games will aid his chances of finally making his international debut.

In a short interview with TyC Sports, he chatted about the importance of being able to play out from the back, what he learnt in the Championship and training with Lionel Messi.

After an injury to your teammate, you’re playing often and the team is winning. How are you getting on?

Very well, obviously being at Arsenal is a goal for many keepers and lots of South Americans. I came here at a young age and always with one goal: to play as many matches as possible for this beautiful club. Today it is my turn, I am doing it in a very responsible way and I am proud to represent my country at one of the best teams.

Is it better seeing a lot of the ball at your feet or would you prefer the job of a keeper to just be like the old days, about saves?

No, I always liked playing with my feet. When I was young I always liked to play as a number nine. Modern football suits me very well, nowadays it would be very difficult for me to play in a team which just goes long. If you watch Arsenal games, the goalkeeper starts the game.

How much time do you dedicate day-to-day to playing with your feet?

A lot. It’s not only working with the feet but on the movements. When you move you have to see the situation when the ball turns back and when you see that the side is already pressed, you know that it will come to you and you position yourself in a way to receive the ball.

The number one priority of a keeper is making saves. At a big club like Arsenal, you usually face one or two shots in a game and you have to make the stops. The other day I had one in the 81st minute and I had to stop it. That is what this club requires. Then if you play well with your feet, that’s a plus.

Last year you were in Reading and you played a lot. What was it like to play in Championship?

The Championship is a much more physical league. For a young goalkeeper, it is good because you learn much more in the second tier than in the first, I can assure you that. On the other hand, the difference between the Premier League and the Championship is that they don’t forgive mistakes. You get one chance to make a mark. I am totally suitable to play in any category.

You were called up to the national team recently. Were you able to speak to coach Lionel Scaloni about what he’d seen in you?

Actually, I talked more with Martín Tocalli, who is the goalkeeper coach. Last season, I finished with many games and started playing the cup competitions and the Europa League and I built up a rhythm. They explained to me why I’d been selected, how I’ve progressed in recent years and the way I’d been performing in European competition. They wanted to see what type of person I was because for Scaloni the collective is very important. Obviously, I’m a worker and I, like every Argentine keeper, want to play in the national team.

Are you anxious about whether you’ll get a call-up for the qualifiers?

Obviously, I want to be in the national team. There is a great level of keepers there; I realised that when I trained with them. I feel fit to play, I don’t really know when the qualifiers will be, but my big dream is to play an official match for the national team, which I still haven’t managed. These are decisions for the coaching staff. I have to do my talking on the pitch and if the coach thinks I’m good enough, I’ll be on the teamsheet. If I’m not, I’ll keep working.

So cool. I’m very competitive, as is Leo. When it comes to training I don’t want the ball to go in the net. But what I did the most was enjoy the moment with the best player in the world. He surprised me as a person.

Leo is a normal person. He will greet you like anyone else. Yes, he is the king, he is one of the most famous people in Argentina and in the world. But for all that, he’s a super humble person.

Let’s all wish this lad the very best in the upcoming weeks and months. Boy is he gonna need it…….

Can’t believe the journalist didn’t ask him about the legend that is Nelson Vivas. He was so good that he was back-up to both Dixon and Winterburn for a season.

I like this guy. He’s 27, has patiently waited for his chance and so far has taken them. Very good varied passing ability too. Best of luck to Emi, but even better luck in a speedy recovery for Leno.

Read that he’s now our longest serving player. Think he’ll continue to impress with some big performances in these last few remaining games

Well he’s basically Xabi Alonso with gloves, what’s not to like

A little more time in the Argentina camps and he’ll probably get Messi to sign for us.

Good to see him in the team. And wish him all the best.