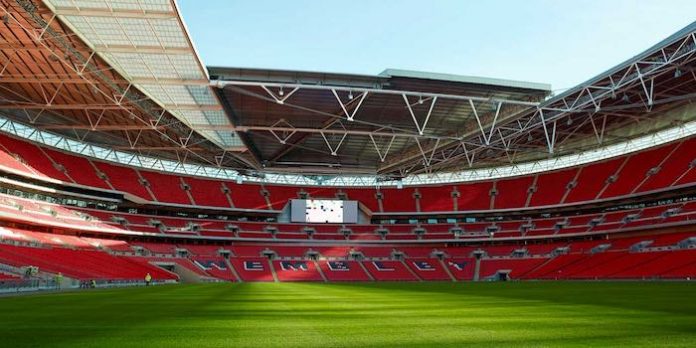 The FA have confirmed that Arsenal will face Manchester City in the FA Cup semi-final at 7.45pm on Saturday, 18th July.

The behind-closed-doors showdown will be broadcast in the UK by BT Sport.

The last time the two sides played a Wembley semi-final (in 2017) we triumphed 2-1 courtesy of goals by Nacho Monreal and Alexis Sanchez. Since then they’ve beaten us seven games in a row by an aggregate score of 20-2.

It’s fair to say we’re going to be the underdogs.

Manchester United and Chelsea will face-off on the other side of the draw the next day. They kick-off at Wembley at 6pm and will be shown by the BBC.

This year’s final is scheduled to be played on Saturday, 1 August.

Bizarre scheduling. With the midweek round and Arsenal having as many fixtures as possible on a Monday (even during the midweek round!), the FA Cup has barely felt like the same tournament this year. Still, at least the fans don’t have to worry about getting home from this one.

Worried about the game itself. Liverpool, Chelsea, United, looks like the only way to stand a chance is counter attacking football which we are very poor at.

Even on good breaks we always have the tendency to get a slight ball control problem or slightly under/over hit pass.

That’s why we’ll need our big players. Experience will be invaluable.

We need as many of our big guns as possible for this one. This is going to be the tough one, no doubt about it. A final against Utd or Chelsea will be far easier. Beat City and we’ll stand a great chance in the final of making it FA Cup No.14.

Wish we had Martinelli fit.

“Since then they’ve beaten us seven games in a row by an aggregate score of 20-2.”

At least Arsenal have the home advantage against City.