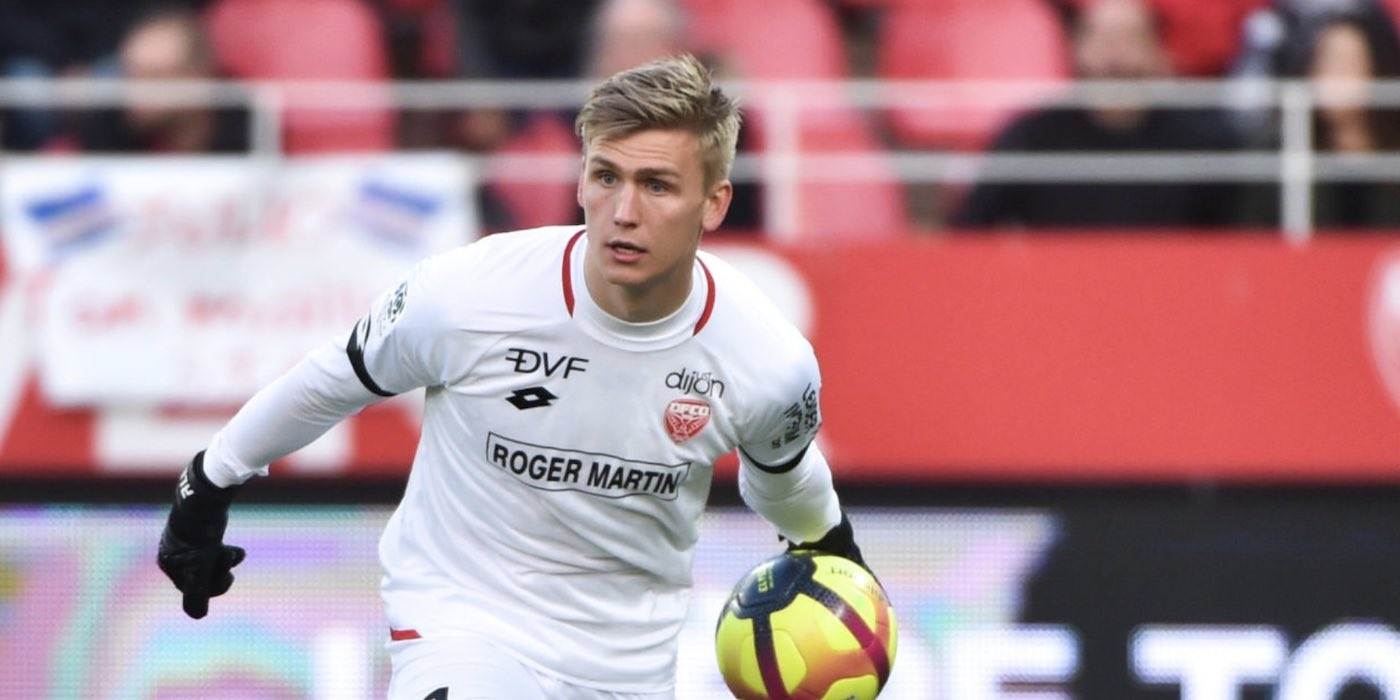 Arsenal have confirmed that Alex Runarsson will wear the number 13 shirt after completing his move from Dijon.

The Icelandic keeper joins as back-up to Bernd Leno and inherits the digits regularly sported by the club’s reserve glove butlers.

David Ospina, Emiliano Viviano, Wojciech Szczesny, Jens Lehmann (on his return to the club), Stuart Taylor, Alex Manninger and Vince Bartram have all had a stint in the number in the last 25 years.

Edu and Mikel Arteta signed off on Runarsson’s signing after a recommendation from keeper coach Inaki Cana who worked with the player at Danish side Nordsjaelland. They both had nice things to say about the new boy.

“We’re very pleased to welcome Alex to our squad,” said Edu. “We have been monitoring him for some time and from the analysis, he has strong attributes that we look for in a goalkeeper and as a person.”

Mikel Arteta added: “We want to create healthy competition for places and we look forward to seeing Alex bring further depth to the goalkeeping position.”

Runarsson, who only learned of Arsenal’s interest in him last week, could make his debut against Leicester in the Carabao Cup on Wednesday. We’ll be curious to see how he deals with the pressure of life at a Premier League club.

13, always think we should never use that number!

Shut up beach.Some arsenal fans are so toxic.We sabotage our own players. Mari,Soares and now runar. He might not be arsenal level but he wears famous arsenal shirt now and deserves our support.

Sun of a beach, great for a deep tan

So are we to take it that reading comprehension is not really your strong suit? He was talking about the superstition associated with #13, not running (Runaring?) down a player.

We sabotage our own numbers!!! Leave 13 alone, you toxic beaches.

what are you on about?

Remember being excited by our signing of Emiliano Viviano just so I could say his name during games and laugh like a little girl at the sound of it. Karma struck when he if memory serves me correct didn’t play a single game ?

Outfield, Hleb was quite good in 13 albeit short stint.

Alex Manninger was a hell of a keeper

I hear he didn’t cut the mustard at Dijon, but maybe a change of scenery will do him good – hope so

I hear it was eased due to the tantalising offer that was mustard up on the table.

I heard he prefers mayo

As long as he can Runar round a lot.

He was hot for Dijon a year ago; I tried to watch him, but the images were a little grainy. It was too bad, because I like to see a spread of games before I make an evaluation. Heard we almost lost out on him to West Ham, but they’re in a bit of a pickle at the moment.

When he says we have been monitoring him for a long time does he mean our coach has monitored him?

And we bank like 18 mill in doing so… not so bad I reckon.

Martínez was great with his feet! But the correct interpretation is that we sold an asset we were statistically unlikely to use for £20m, and replaced him with somebody we are still unlikely to use for £1m, thus allowing us £19m to invest in a place more in need of refurbishment

Shows what a small time outlook we have at times. Martinez should have been number 1 for now seeing as his performances were outstanding.
We should have enought money to buy who we need in midfield regardless.

Yes, We should. Then we don’t, unfortunately.

Var Will Solve The Problem
Reply to  Fuzz

Like that name! Lets see how he reacts on a cold wet night at Stokes!

Good luck to him. We may have ourselves a “rough diamond”, a good, young, keeper in the making, or we may – if reports of his abilities are true – a very average keeper, which could be problematic. Time will tell.

Let’s not forget Martinez was same until inaki and arteta worked on him, let’s give him a chance to be worked on too

To be fair Unai’s Goalkeeping coach was also very good with Martinez and Leno.

Hope he’s got the balls for the English premier league ! Welcome to the Arsenal son. COYG

In France there are lots of debates about Neymar being homophobic, racist, Alvaro being racist too…. and how is it called when an Icelandic GK calls Arsène Wenger #frenchf***?

Vince Bartram. There’s a name to strike fear into the hearts of defenders.