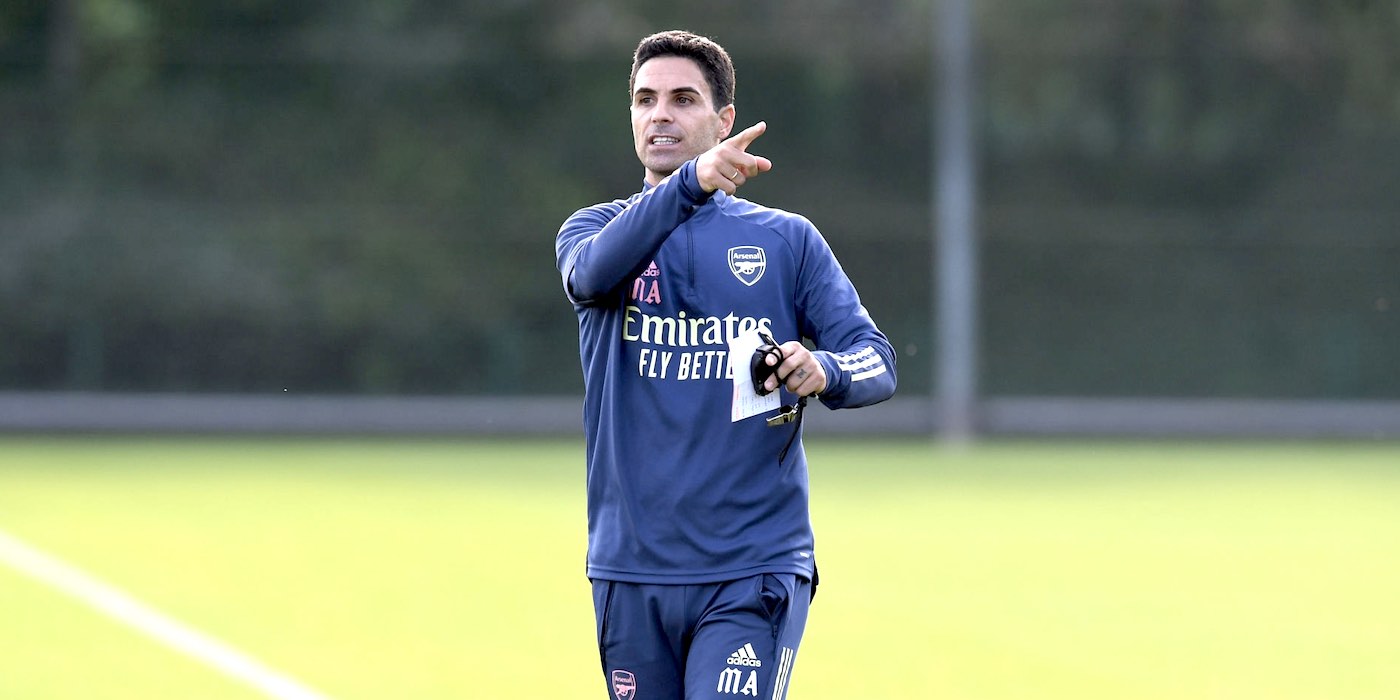 Despite being relatively strong in defending set pieces during Emery’s first season, Arsenal were awful in that department last season, under all three head coaches, with over 40% of their goals conceded via set pieces.

The Gunners have looked a lot more composed and structured under Arteta but there is still room for improvement, especially when it comes to set pieces. Arteta has shown a willingness to address that by bringing in Brentford’s Andreas Georgeson, a coach who specialises in set pieces.

On set pieces, Arteta shared that “it’s a key percentage of goals scored and conceded that has a great impact on results and points at the end of the season. So it’s another aspect of the game that you have to dominate.”

Undoubtedly, incremental margins from improving set pieces can result in a big swing of points and position in the league table. Liverpool, another team who have attempted to achieve marginal gains from set pieces, have even hired a throw-in coach. For now though, Arteta is content with what he has but is open to new ideas to improve the team’s performance.

“I always have to try to assess what we have in the club, what is in our coaching and staff,  and review our performance and the relationship between what we’ve done on the pitch and where we can improve,” he said.

“I try to win those margins. I’m really happy with where we are at the moment with my coaching staff. How this game is going to evolve in the future is changing and every year is changing and demands are higher and you have to be more specific.

Arsenal have had a positive start to the season so far and hopefully, improvements in set pieces form one of the cornerstones of a good campaign ahead.

We have sucked from corners and we pieces for years. Some of corners are a joke. This is great to hear that Arteta is looking to improve our weaknesses. We can only get better.

Can’t agree more. Really need to improve this area. Would be lovely to get at least a goal from corners and/or free kicks in every match, as now we have the heights and freekick takers like Auba, Willian, Pepe and Ceballos.

On a sidenote, I think we aren’t being given due credit for the league game we won’t post lockdown, with majority emphasizing the mistakes. They weren’t self inflicted at all and for the majority of the game, we huffed and puffed and Liverpool dominated trying to score. They were just undone and this could have happened before lockdown and all would be purring. Defending deep, allowing their fullbacks to attack / cross and hit them on the counter on the left is a solid plan, the side of Joe Gomez precisely. Come on lads, let’s keep it compact and nick… Read more »

Leno and nervous? Easy there, man.

What the fuck is “yet Steven”
Shouldn’t autocorrect figure “Ter Stegen” on its own.

I think Leno’s performance today against Liverpoo in the Cow Cup speaks for itself. He’s an outstanding keeper.

People have such short memories. Doesn’t anyone remember Martinez gifting Liverpool two goals in the Cow Cup 5-5 draw last year? Or letting four go by him in the first 37 minutes against Reading a couple of years earlier? Yes, he played really well for twelve whole matches this summer, but Leno’s got the pedigree and it was the right choice to keep him.

I trust well be practicing kicking the ball at our opponents arms. That’s the easiest way to win a match currently.

The Kolkata Gooner
Reply to  Onenil

He should still be the most skillful player in our squad. Just give him the ball in the box and he’ll hit those hands like our Maths teacher from school after we had pushed him to his wits end!

Hope to see him on the bench tonight, highly unlikely though!
last 10mins of the match, Ozil, Auba & Nketiah higher up the pitch to nick the 4-1 win!

Man C beaten today, it was Arteta who was keeping them up 😉

However reality is they will probably spend a load now (maybe we can sell them couple of captains – French U21 and Swiss national team).

A pretty good weekend with Chelsea and Spuds drawing, Man C, Wolves beaten, despite ManU having their usual lucky extra time penalty win. If we beat Pool (put an early end to any unbeaten season talk), it would be an awesome weekend.

Salibaba and the Forty Thieves
Reply to  SB Still

L?L, the days when Arsenal used to be Man City’s raiding ground.

My worry with what you said is that if the inconsistent form of last season’s top 6 continues, does that mean us Gooners are in for another topsy-turvy season?

I really want Arsenal to take advantage of the other teams bad runs this season.

I guess it’s just going to be another super competitive season. If we can maintain a modicum of consistency we could do well. I’m still feeling a sense of early season optimism, despite transfer market malaise

Interesting that this season, without crowds, there have been twice as many away wins as home wins. There had been no draws until this weekend.

The impact of supporters cannot be more clearly displayed I think.

And for that reason alone, going to Anfield this early is a blessing.
Come on lads, no pressure. Just get us a win there.

I’m sure George Graham would be willing to help out…

I’d love to see him laying into Mustafi.

I’d get a deck chair, a big tub of pop corn and sit on the side line laughing my bollocks off.

If there is a throw-in coach, I would like to apply to be a short corner coach, specialising in 2-yard passes.

We certainly need to score some goals from set pieces. Giroud helped us lot on that. We have Willian and Pepe to deliver good deliveries.

I also feel the way we are taking corners with no players running and standing with ball coming to them, will not help. By running during cornors will create some havoc.

The defence has already shown signs of improvement – not least down to the fact that Mustafi and Co haven’t played.

The only exception to this was when Kolasinac deputised for the injured Tierney – and, as usual, was all over the place.

Getting rid of Mustafi and Kolasinac will stabilise the defence without a ball being kicked. Neither of them should be allowed anywhere near the match day pitch in an Arsenal shirt again.

There’s something very Fergusony about Arteta. The way he surrounds himself in proffesionals who know their business and doesn’t try to hoard all the responsibility

I’m glad he is with us for both our sakes, I wonder if he would fare as well at a better run club with less freedom and control where he was literally a coach.

The set piece coach can start by teaching Hector how to take a throw in. What was that about at Anfield?