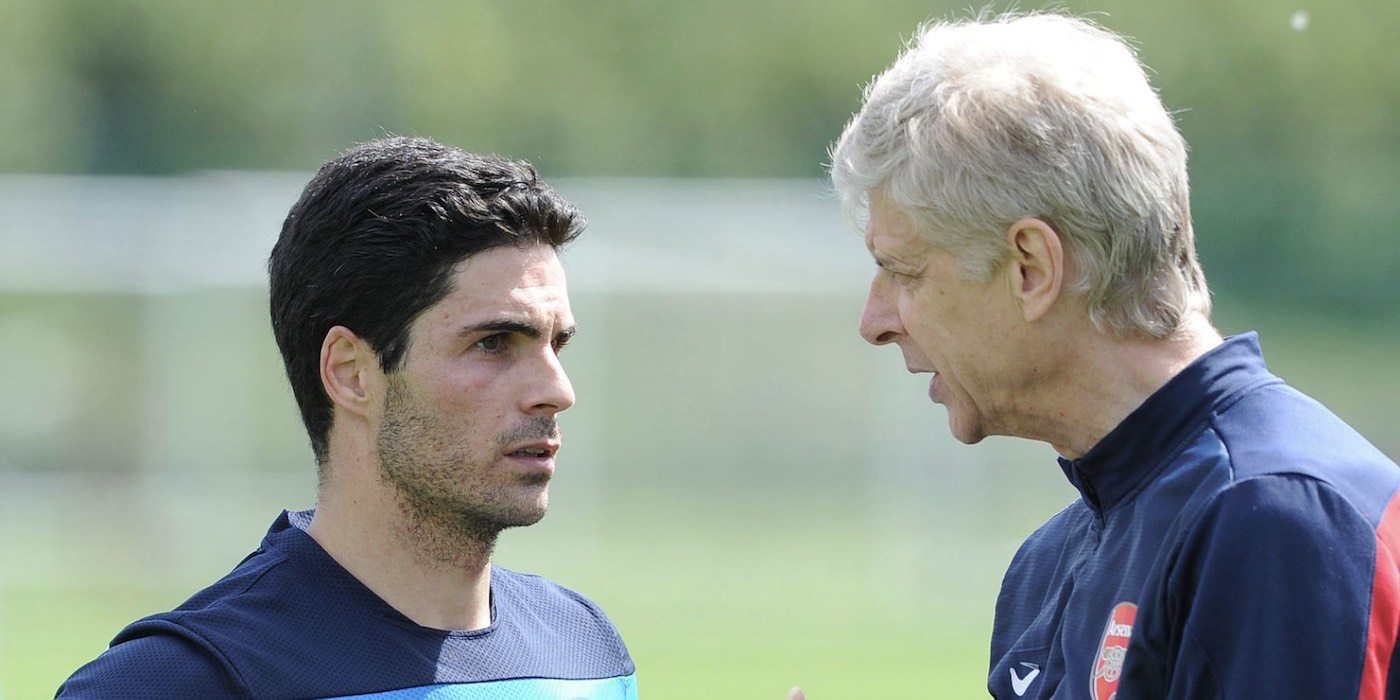 Arsene Wenger, as he points out in the opening of his newly published book, left ‘the club of his life’ in May 2018.

He hasn’t been back since.

In part this was because he was keen to give then new head coach Unai Emery time to work without any distraction, and also down to the fact he felt some pain at his departure.

Now, with one of his former captains in the managerial hot-seat, he appears more ready to make his return to the Emirates, even if he’s unsure when it might happen. Last night, during a live event, he told the Guardian’s Donald McRae, “Yes, I think I can go back.

“I think I have no real connection anymore with the club, so I didn’t want to provoke one.

“When will I go back? I really don’t know, but I support the club and I watch the games. I suffer when we don’t win, and I’m happy when we win.”

The question of Arsene attending a game again was put to Mikel Arteta at his press conference today, and he was openly enthusiastic about the prospect.

“I would like to see him back around us,” he said.

“He was a massive figure for me and he’s someone that I can still learn a lot of things from and I would like to have him closer to us.

“Obviously the actual environment doesn’t allow us to do it, but I think he’s a figure that has to be very present in what we do at the football club because he is, in my opinion, the one who had the vision and helped this club to evolve and be what it is today.”

Obviously there are no fans allowed in stadiums at the moment, but fingers crossed we can all get back there soon, and to see the former boss attend in the presence of those supporters would be a lovely thing.

We’d love to see his vision of GOOD academy players being the core of this team.

And Arteta is young enough to make that happen

It would be great if they were talking on the phone regularly. Wenger is a bright guy with lots of ideas so must be able to help.

…and Arteta is strong enough to listen to sage advice but, ultimately, make his own decisions.

Wenger has advised him recently that he could still use Ozil for our remaining Premiership games this season – and the FA Cup.

But, as you say, Arteta will ultimately make his own decisions.

A Different George
Reply to  aberinkula

Actually–though sponsorship money surely makes it unlikely–they should name the stadium for him.

Nah, not a statue. Henry, Bergkamp, Adams, and Herbert Chapman already have statues – giving Arsene Wenger a statue would merely put him on par with them, when he should be a level above.
It would be much more appropriate to name the stadium after the great man, as there would be no stadium without him.

Rename the club after him Arsen..al

Statue and a stand named after him.

Better yet, make Emirates fork up more dough just to be on our jerseys, and change the stadium to Arsene Wenger Stadium. Or maybe the Wenger Dome. Arsene’s Arena? Sorry, slow work day…

Sounds good to me.

Not “The Arsene Wenger Stadium”; that sounds lame and generic. Let’s be more unique and witty. Our friend above has done really well, I think.

I don’t know why you’re apologising – I’ve long been trying to think up Arsene Wenger names for our stadium, and mine are nowhere near as good as yours there. Wenger Dome sounds great, and I like Arsene Arena (not “Arsene’s”) too, but is it a problem that the stadium technically isn’t a dome nor an arena? Maybe we could add a retractable roof just so that we can call it The Arsene Arena.

I think it is apt that the stadium that he helped build is named after him.

Would love our stadium to be named Arsene stadium given he was the father figure behind it.

I’m not so sure. It all depends “how” he returns, in what capacity (if any), where he is involved (if he is) etc. There’s are lessons here from other clubs. At Liverpool, Shankly went back after a while “to visit” and it became quite disruptive for the team and the management/coaching staff – although at first everyone thought it was a good idea. It’s well documented for anyone to look up. Likewise at Utd with Busby (although he did have a formal position at the club after stepping down as manager which isn’t, so far, suggested in Wenger’s case). Ferguson… Read more »

He has been avoiding that since he left…..

Quite, which is why I think he’ll go on doing that.

Thanks, although I fear we’re in the minority if votes are anything to go by. However, we can and should learn from what’s happened elsewhere when long-serving and successful managers don’t “fade away”. I’m sure Wenger is too smart to follow those examples though.

Wenger is a legend. He deserves a statue (so does Graham by the way) and will never be forgotten for all the amazing work and achievements he’s left. His first 8-10 years were beyond belief as he was constantly punching above his weight. But he shouldn’t be anywhere near the administration of the club anymore. He’s simply too big not to suffocate Arteta.

I, personally, think Arteta is too big to be suffocated.

Not sure about a statue for George Graham. Have you forgotten what he did to get sacked?!

Why do you always have to put a negative spin on Wenger…?

Did he not sell off enough top players for you, when he was forced to, due to Kroenke’s lack of financial input for us to build properly around those players?

Or can you just not bring yourself to acknowledge Wenger’s greatness and all that he did for the club?

You’re right – it all does depend on how (don’t know why you needed the speech marks) he returns. The conditions of his return should be as follows:
1) He returns however the hell he wants to return!
2) Any fan who has a problem with that should be ordered to go fuck themselves.

Mikel showing his class and lack of insecurity.

I’d love to see Wenger take over from the English Unai Emery as England manager. Think he’d do an excellent job, and would be great to be able to feel enthusiasm for my national team for the 1st time since I was like 8

I don’t want the stadium named after him. I was sick to death of him by the time he left and although it would be nice to visit sometimes I wouldn’t want him involved any more, we’ve moved on and it’s good.

Wonderfully selfish and near-sighted opinion. The man is a legend at Arsenal, much like Henry and Bergkamp for example, and deserves long-standing recognition for what he helped Arsenal achieve. Most importantly, most fans have put aside the bitter end to his astounding tenure as manager, and, like Arteta, want to have his name and presence associated with the club again, for the good of the club. In this world, in this climate, in these times, we can never have too many Invincible ambassadors.

dont say we if u mean you.

Simp for Arteta
Reply to  Vonnie

Losing 3-0 at home ” What’s this? Arsène Wenger has zipped up his jacket and is making his way down to the dugout!!”

Arsène you were sacked 3 years ago!

“I didn’t see it.” Gives the wry grin

Arsene’s book flying off the shelves.

…hope to see Wengerball come back at some point.

We’ve seen glimpses of it but not there yet. Meanwhile though the defense at least is getting stronger. Once we get the foundation right, the flair will come back.