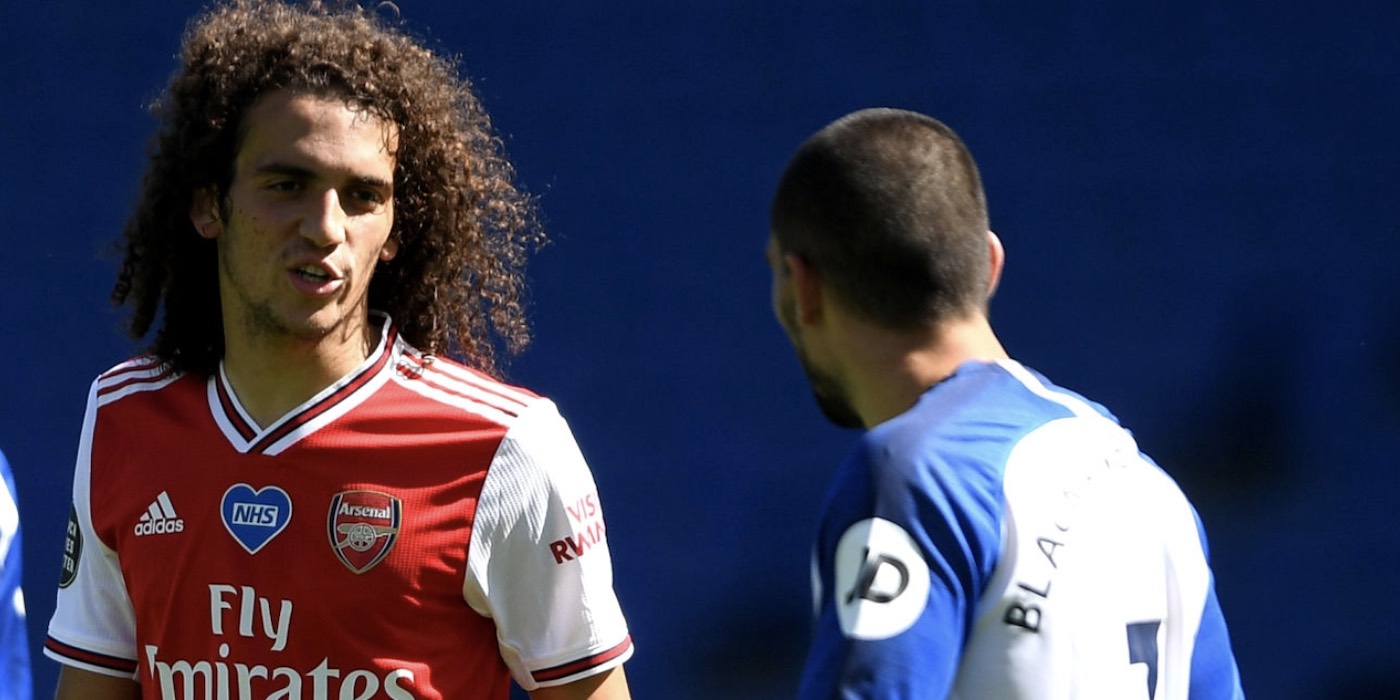 Arsenal have confirmed that Matteo Guendouzi has joined Hertha Berlin on loan for the duration of the 2020-21 season.

The midfielder has been out of favour since a disciplinary incident behind the scenes following our 2-1 defeat to Brighton in June. He has never featured in a match-day squad since.

The 21 year old joined the Gunners in the summer of 2018, and was a surprise fixture in the team from very early on. However, after the departure of Unai Emery and the arrival of Mikel Arteta, he found himself starting fewer games.

There was another disciplinary issue after a warm-weather training trip to Dubai in which he clashed with Sokratis and the coaching staff, and was left out of a 4-0 win over Newcastle. His replacement that day, Dani Ceballos, made the most of his opportunity and took the chance to cement his first team credentials.

Guendouzi has made 82 appearances in all competitions for Arsenal, scoring one goal and providing five assists.

The best of luck to him in the Bundesliga.

The Brighton game that started Martinez and ended Matteo…

That’s one awkward situation done with. I’m glsad, if you know what I mean

Is that like a combination of glad and sad?

“And still nothing from the Nou Camp? You’re sure of that? Well just ask them to check one more time. Maybe Edu was on another call…”

Can’t say I am sad to see the back of him.

Hope he comes back with a better attitude because he does have a lot of potential. If not, he will command quite a pretty price tag next summer.

Still, best of luck to him.

In my view this deal could benefit Arsenal of around 4-5 million if wages are paid in full by Hertha Berlin.

I truly hope you are right! But he will only have 1 year left on his contract and Arsenal are not renowned for being good negotiators (unfortunately)

Hope he does as well, but if he hasn’t sorted the situation out after many months, it’s probably a character flaw that is unlikely to ever change. At least not until well after his career and much self reflection. Hope it turns into a positive learning experience for him ultimately.

There was hardly a huge queue of clubs beating down our door to sign him. Where is this ‘pretty price tag’ going to come from?

Wish him good luck, hopefully things change and he gets to fight for his place in the squad next season. Anyone know how much we got for the loan fee?

Saw an article somewhere that there’s no fee, but they’ll cover all his wages for the year…

You want jam on it as well, don’t you? I doubt there’s any loan fee – given that he topped the “most unwanted” list. It’s terrific he’s gone anywhere.

He did look like a really good surprise package at one point. Hope he changes his attitude and comes back as a better player. Still has got a lot of potential and a long way to go.

The boy’s gonna be herthing after not getting that barcelona move he wanted.

From worst brat to bratwurst ??‍♂️

A loan isn’t ideal but maybe, with some good performances, he can put himself in the shop window and generate a bigger fee.

Good news and quite an achievement given that Arsenal simply couldn’t shift him on a permanent basis either as a straight transfer or in a cash + player deal. You never know, a change of scene may encourage him to take a more adult perspective and concentrate on football. He could even return as a “new” player. We’ll see.

Damn shame, could have been a regular starter in an unsettled MF for a team that is on the way up. Sad. Hope he is able to come back, a man.

This was a young coach, young player situation. Overdoing things both sides.

At least I’m not alone to have thought so. I genuinely think this was likely the case, and it’s not a criticism.

He may come back a better player – let’s hope so. If not, I doubt he’ll come back for long.

A team with owners who want to put money into Berlin. German gooners aren’t they part Chiba owned?!

Kid is going to end up like balotelli if he doesn’t sort himself out.

I will miss his curly hair.. oh Yeah we’ve got one..

With Guen going to Hertha and thus causing the $30M deal for OL’s Reine-Adelaide to fall through… Aulas surely needs to sell someone else, correct? Depay does not seem like a sure thing yet.

It is being reported that Jeff Reine-Adelaide’s transfer to Hertha fell through due to high agent fees.

Surprised by the number of goals and assists. His playing style looked like there might be more end product.

Well i hope it works out for us. Couldn’t really give a hoot about him though.
He needs to grow up.

There’s a $4 million loan fee and most likely they’re paying his full wages so it is a good deal. But the problem is not dealt with, only just delayed. His contract will run down to the final year when he returns and that will be really difficult from a negotiation standpoint versus a very young player with potential suitors from across Europe then.

Genuinely I hope he learns a good lesson and focus on how to develop more! I really liked his engine and his fearless shithousery

Many fans look down at him but even if you dont fancy him as a person it is our best interest to have a successful year at Berlin.

All the best to him in the cool and happening city of Berlin. Let’s hope he does some growing up while he’s there too.

If he come’s back in a year with that barnet cut off, I will be most impressed more than anything!

Salibaba and the Forty Thieves
Reply to  Del Boy

I think folks should be allowed to wear their hair however they want, provided it’s not an inconvenience or a distraction.

The amount of people balding these days puts even more onus on enjoying your hair while you still have it.

One player I am glad has gone, there is another slacker that I’d love to see gone too but he is just happy taking the cash without putting much effort in!!!

Maybe he’ll get a skills video to All the Whores of Malta by Grandma’s Boner.

“Mi Bebeee ❤️ all the best for you in Germany. Show them that you’re a great football player ? Will miss you here ? @MatteoGuendouzi”

Ugh, what a surprise these two are close buddies, both a pain in the ARSEnal

Salibaba and the Forty Thieves
Reply to  Billy bob

Did you never have detention buddies at school?

And the hate continues….

What’s your painting technique like? If you’re decent then I could probably cover half your wages.