THE LOWDOWN
Arsenal get a tricky November underway with a Conti Cup group game away at London City Lionesses. While the Gunners have enjoyed a perfect start to their WSL campaign, they were beaten in their opening group game away at Chelsea and the 4-1 scoreline has given them some work to do to claw back some potentially valuable goal difference.

The defeat to Chelsea makes top spot in the group unlikely, so Arsenal will need to ensure they are among the two best runners-up from the six groups. That will mean the maximum of six points in games against London City Lionesses and Spurs are an absolute must and even then it might come down to goal difference.

We've got a 𝐁𝐈𝐆 month ahead of us 🔜

A big win should be Arsenal’s aim here however, with a tough away game at Manchester United on Sunday, this match is very much the second priority for the week. After the WSL encounter at Leigh Sports Village, Montemurro’s side play at home to Chelsea. As much as the game against London City Lionesses is important for the team’s Conti Cup ambitions, it should also very much be used as a tune-up for two massive games ahead.

Arsenal always take the Conti Cup seriously and have contested the last three finals now. However, they have a much bigger squad this season and with the injury situation showing signs of easing, this game could be used to give some key players a breather and re-introduce maybe one or two others back into the fray after injury layoffs.

Jill Roord, Kim Little, Fran Stenson and Leonie Maier are all in contention for this game, while Lisa Evans revealed that she started training again last week. Jordan Nobbs, Lisa Evans and Steph Catley are running again but not yet in full training, with Noelle Maritz set to start running outside later this week. Goalkeeper Lydia Williams is well recovered from an ankle injury now and could make her debut.

LAST TIME OUT
Arsenal and London City Lionesses met in the group stages of last season’s competition at Princes Park last October and the Gunners ran out 5-0 winners thanks to a hat-trick from Beth Mead and goals from Jill Roord and Emma Mitchell. Earlier in this group, London City Lionesses lost 4-0 away at Spurs, which means they sit bottom of the group.

THE OPPOSITION
London City Lionesses were formed in 2019 after a disagreement saw them breakaway from Millwall Lionesses (who have subsequently set up another women’s team). The Lionesses finished 4th in the Championship on points per game last season. Their squad contains ex-Arsenal youth players Lucy Thomas, Freda Ayisi, Lilly Agg, Flo Fyfe and Gabriella Ravenscroft. They currently sit sixth in the Championship after seven games but shocked Leicester on Sunday, coming from behind to record an emphatic 4-1 win.

Lionesses coach Melissa Phillips said ahead of this game, “It’s a good opportunity for us to test ourselves from a competitive standpoint. It’ll be great to play an opponent of such quality and we will have to bring our best game. We’ll prepare ourselves for their attacking threats and their ability to score goals. But, something we speak about a lot in meetings and in training is that we have to be difficult to break down and difficult to play against; and that has to do with how hard we work, our competitive mindset, our response to situations.”

All focus and eyes on tomorrow’s #ContiCup match against @ArsenalWFC 👊🏆

PLAYER TO WATCH
17-year old Ruby Mace has gradually been trusted with more and more minutes as the season has progressed and the injury crisis has deepened. A technically sound midfielder also capable of playing in defence, Mace has completed 25 of her 28 attempted passes in her cameos so far this season. She has shown a really high technical level in her 27 minutes on the pitch. 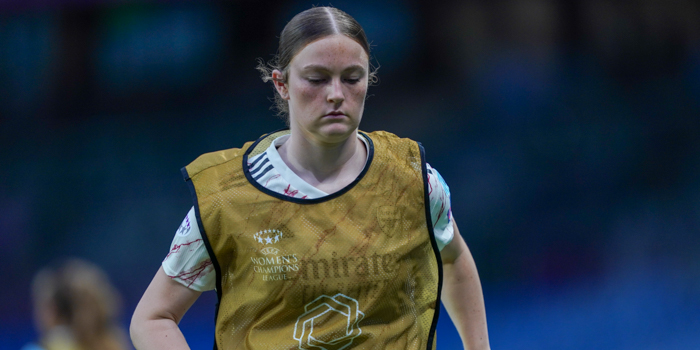 Mace may well be trusted with her first Gunners start in this game if Montemurro chooses to rotate significantly. If not, expect her to get a lengthy cameo from the bench. Mace only turned 17 in September and Arsenal won’t have to worry about her potentially being spirited away to the US College system until the end of next season. Expect her to remain on the fringes of the first team this season and to play at Princes Park on Wednesday. 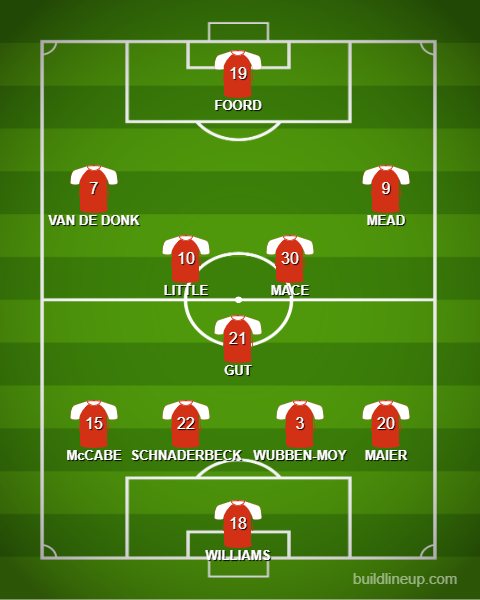 HOW TO CATCH THE GAME
Unfortunately, the game will not be shown or broadcast live. This is out of Arsenal’s hands as the away team, either the FA or London City would have to provide the stream and with budgets of both severely impacted by the lack of fans in stadiums, this one will only be available to watch on the FA Player (in full match and highlight form) on Thursday.

COMING UP
I will be at the game and tweeting updates @Stillberto and we will have exclusive match reaction from Joe Montemurro on the site after the game. We will also have all of the usual build-up and reaction to Sunday’s game at Manchester United.

Previous articleManchester United 0-1 Arsenal: By The Visuals
Next articleBalogun and Moller can form strike partnership for U23s

Thanks, Tim. What would we do without you?
I look forward to Caitlin Foord starting up top – hoping for a hat trick for her.
Thank goodness Little and Roord are fit again.

Interesting mid-field selection, Tim. I would say would you want to risk Kim with United away in just a few days but then who would fill the place? To be honest we should have enough firepower to overcome the Dartford girls even with some of our Academy team in the squad so rather than limited bench options could we not give a few of the young Gunners a trip down the Thames?