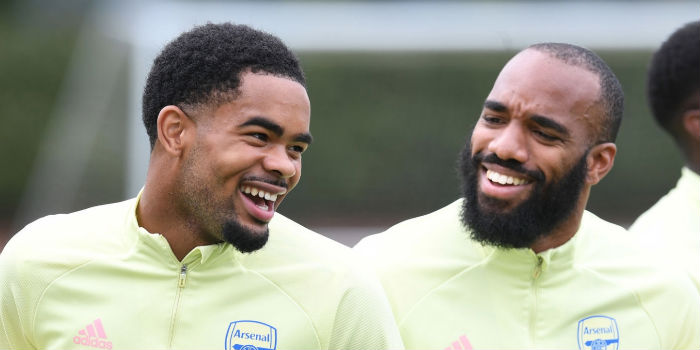 There was a time when Trae Coyle was seen as one of Arsenal’s standout prospects, but now the winger finds himself at something of a crossroads in his career.

Coyle spent the first half of the season on loan in League One with Gillingham, and he performed quite well but was left frustrated by being mainly used as a substitute.

The youngster subsequently returned to Arsenal and has found himself back in the U23 squad.

Coyle featured for the second-string in games against Manchester City, Liverpool and Southampton, but was left out of the squad for the 3-0 defeat to Blackburn Rovers.

At the age of 20, Coyle is in a position where he needs to be playing senior football, and it is looking increasingly unlikely that he will be given an opportunity to do that at Arsenal.

When first-team players such as Gabriel Martinelli and Reiss Nelson are being left out of the matchday squad, it is difficult to envisage how Coyle can make the breakthrough, despite the quality that he possesses.

If he applies himself correctly Coyle is certainly capable of carving out a successful career. He is a good crosser, very skilful and is able to link play effectively.

It is possible that Coyle could be sent on loan again next season but realistically his chances of succeeding at Arsenal are fading.

Coyle’s situation indicates that the current rules that only allow players to go on loan during the main transfer window need to be altered. Previously youngsters were allowed to go on loan later in the season, and it seems likely that Coyle would have taken advantage of such a situation.

For now, though, he finds himself stuck in the U23s and he is no longer even guaranteed game time at that level. It is perhaps time for Coyle to consider a permanent move elsewhere as he looks to demonstrate that he is capable of performing on a consistent basis.

Slightly unrelated I know but that picture looks like seconds after one of them has done a “pull my finger” joke.

Hmm I think apart from the CAM position, every attacker now coming through the academy will have a hard time coming through (apart from a Balogun stay). I mean I still count on John-Jules somehow. I was also surprised, that you could only do loans in the transfer window. I think it is a step back in helping young players getting chances and developing. Would you see someone buying Coyle in a manner like Greenwood?
Up The Arsenal!