THE LOWDOWN
Arsenal face Brighton & Hove Albion at Meadow Park on Sunday in their continued quest to qualify for next season’s Champions League. Arsenal lead Manchester United on goal difference in 3rd place- the final Champions League qualification spot in the WSL- with a game in hand to be played at home to West Ham United on Wednesday evening.

The Gunners have a spotless record against Brighton to date, since their promotion to the top flight in 2018, Arsenal have never failed to score fewer than three goals against Hope Powell’s side, winning each game. However, Brighton have taken points from Chelsea this season and beat Manchester United three weeks ago- a result that was enormously helpful for Arsenal.

The Gunners are on a run of six consecutive wins without conceding a goal going into this game following last weekend’s 10-0 victory over Gillingham in the FA Cup. This game will mark the welcome return of Steph Catley from injury, after the Australian required surgery to a niggling hamstring injury in January.

The Seagulls are officially safe from relegation for another year and can play with a little more freedom than they might usually. Hope Powell’s sides usually play with a 451 formation and will look to make life difficult for the home team. Brighton skipper Dani Bowman (nee Buet) was a member of Arsenal’s 2006-07 quadruple winning squad.

TEAM NEWS
Arsenal welcome back Steph Catley from a hamstring injury and she will take her place on the bench. Likewise, Noelle Maritz will return after missing the Gillingham game with a badly bruised shin. Lia Walti is also available after being rested for the Gillingham match. Jen Beattie (hamstring), Lisa Evans (achilles), Viki Schnaderbeck (knee) and Fran Stenson (thumb) are all out.

THE OPPOSITION
Brighton have secured safety in the WSL for the third consecutive season and have done so comfortably under the guidance of former England boss Hope Powell. The Seagulls come into this game in fantastic form, having won six of their last seven games, including victories away at Chelsea and at home to Manchester United. Their only defeat was a 5-0 reverse at home to Everton.

Prior to this run, Brighton had lost six games out of seven (drawing the other) which sums up the topsy turvy nature of their season. They lost 3-0 to bottom of the table Bristol City and beat top of the league Chelsea away in the space of a week. Brighton are a very difficult team to predict but they have achieved their main aim- which is to avoid the relegation dogfight.

“There’s a belief in the team now, we’re making winning a habit,” said Seagulls midfielder Emily Simpkins, “We are disciplined and we do our jobs off the ball and we make ourselves hard to beat. It’s not easy when players aren’t in the team but credit to all of the players here, we get around each other no matter what.”

PLAYER TO WATCH
Leah Williamson is likely to come back into the starting line-up after getting 45 minutes against Gillingham last weekend. The question is where she plays and alongside whom. Lotte Wubben-Moy and Lia Walti have formed a good, if unorthodox, centre-half pairing. Walti’s distribution with her left foot alongside Wubben-Moy has produced a nice balance. 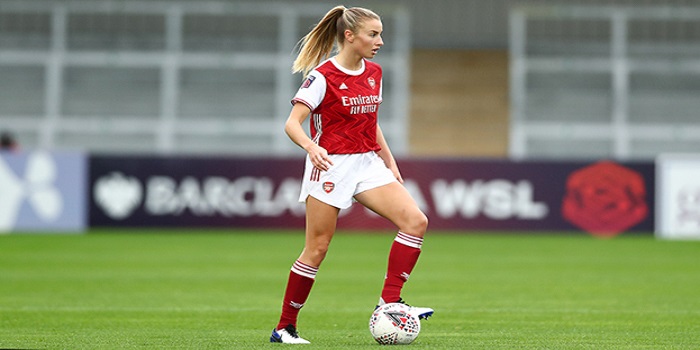 Leah could slot back into the defence alongside Lotte, with Wubben-Moy shifting over to the left of the partnership. Or else Montemurro could opt to leave Walti and Wubben-Moy with Leah played in a deeper midfield role, with which she is well familiar. That said, Leah’s distribution from the right side of defence has been key in matches against Brighton before. 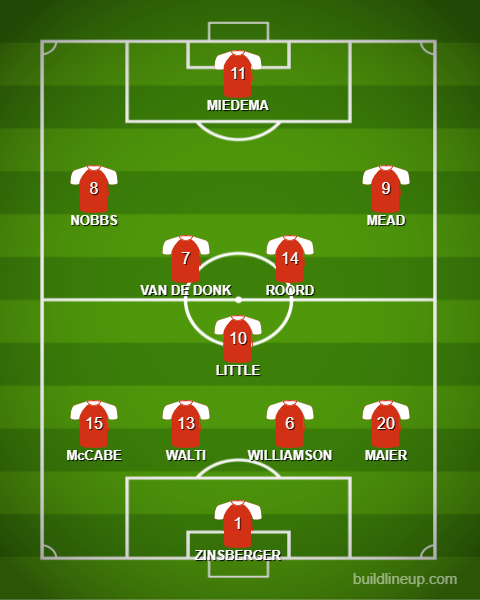 HOW TO CATCH THE GAME
The game takes place behind closed doors at Meadow Park on Sunday at 2pm, the match will be streamed live on the FA Player app, which is free to download.

COMING UP
We will have match reaction from Joe Montemurro on the site on Sunday afternoon and we will have an analysis piece for the game on the site on Monday or Tuesday. We will also have the usual coverage of Wednesday night’s game against West Ham United.

So how about a nice open game, eh, Hope?
Good luck, girls.

Finally an hopefully enjoyable Arsenal game this week.
Thank you Tim for your work!

I’ve watched a few of the Ladies’ matches of late, and to be fair, they play with a freedom that no longer exists the Mens’ game. Wait for a few billionaires to come along and spoil it.