THE LOWDOWN
Arsenal play West Ham United at Meadow Park on Wednesday evening in their long awaited game in hand after the original match was postponed due to snowfall in January. The Gunners are level on points with Manchester United in 3rd place, the final Champions League qualification spot, but with a vastly superior goal difference.

They do have a game in hand on Casey Stoney’s team and this is it. A victory means they, realistically, would only need one win from their final two matches to seal Champions League qualification. However, Olli Harder’s West Ham side need the points just as much, they are two points clear of the relegation zone and this represents their game in hand on bottom club Bristol City.

That pass from @DanielleDonk tho… 🤤

A victory would virtually guarantee West Ham’s survival though even a point would steer them a long way from the brink given that they have the best goal difference of the bottom four. West Ham have not conceded in their last four games, having held Everton and Aston Villa to goalless draws recently and the Irons will look to be tough to break down for Arsenal.

The Gunners are on a superb run themselves however- they have won each of their last seven games without conceding a goal. Brighton made Montemurro’s side work hard for their victory on Sunday and they can expect another tough evening against a side with everything to play for and a new-found defensive organisation.

TEAM NEWS
Jen Beattie (hamstring), Lisa Evans (achilles) and Viki Schnaderbeck (knee) and Fran Stenson (thumb) are out for Arsenal. Steph Catley returned from injury against Brighton on Sunday where she was an unused substitute, ditto Noelle Maritz who was a substitute after a badly bruised shin. Maritz is in contention to start this game at right-back. Montemurro will look to shuffle his pack with three games this week and Lia Walti and Caitlin Foord may well come into the team, as well as Lydia Williams in goal.

A WORD FROM THE BOSS
It’s going to be very difficult because they are a very direct team and distances can get long and games become transitional so it’s up to us to make sure our attitude is right and to dictate when we want to speed the game up and when we want to slow it down. Against Brighton we probably wanted to play too quickly at times when we could have changed the tempo and been a bit more secure.

LAST TIME OUT
Back in September, Arsenal thrashed West Ham 9-1 in Dagenham thanks to a hat-trick from Jill Roord, a brace from Vivianne Miedema and goals from Caitlin Foord, Kim Little, Beth Mead and Leah Williamson. Last season, Arsenal opened their title defence against West Ham at Meadow Park where goals from Beth Mead and Jill Roord were enough for a 2-1 opening day victory.

THE OPPOSITION
This season hasn’t gone to plan for West Ham, who would have expected to be comfortably in the middle rung of the league occupied by the likes of Reading, Spurs and Brighton. Instead, they have become embroiled in a relegation battle as the Hammers lost form just as seemingly doomed Bristol City experienced a New Year upturn.

The irony of this relegation battle is that the Irons parted company with coach Matt Beard in November. Beard joined Bristol City as maternity cover for Vixens manager Tanya Oxtoby. West Ham appointed Olli Harder as their coach and it has taken some time to adjust to his methods, he has turned them into more of a transitional team and his defensive ideas are just beginning to take hold.

Harder has coached in Norway, the US, China and New Zealand (where he was born to German parents) and he can speak German, Chinese and Norwegian. Harder’s nomadic coaching career is suited to West Ham’s cosmopolitan squad which numbers players from Australia, Norway, Germany, France, Czech Republic and Canada.

Highlights from Sunday's draw with @EvertonWomen are now available to watch ⬇️ pic.twitter.com/AkKJoVOn28

PLAYER TO WATCH
Danielle van de Donk has been in excellent form in recent weeks, fulfilling a number of subtle tactical roles from midfield. Against Spurs and Bristol City, she rotated the number 10 position with Jill Roord, while against Brighton she played a crucial role in both goals by veering towards the right flank.

Van de Donk is playing her best football of the season and is picked consistently because of her ability to adapt to slightly different tactical instructions. Her pass to Vivianne Miedema in the build-up to Jordan Nobbs’ second goal against Brighton goes some way to explaining why Joe Montemurro has flipped the roles of van de Donk and Nobbs this season, with Jordan finishing moves and van de Donk more involved in the build-up. 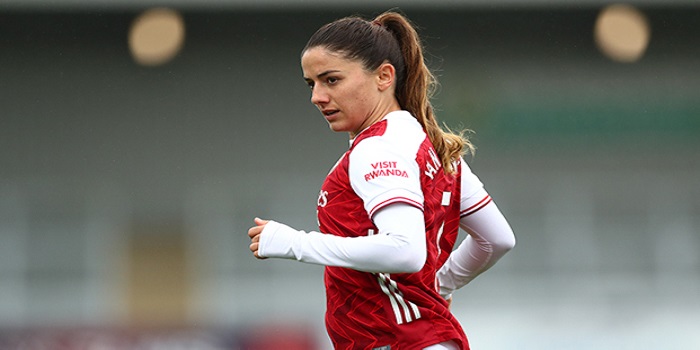 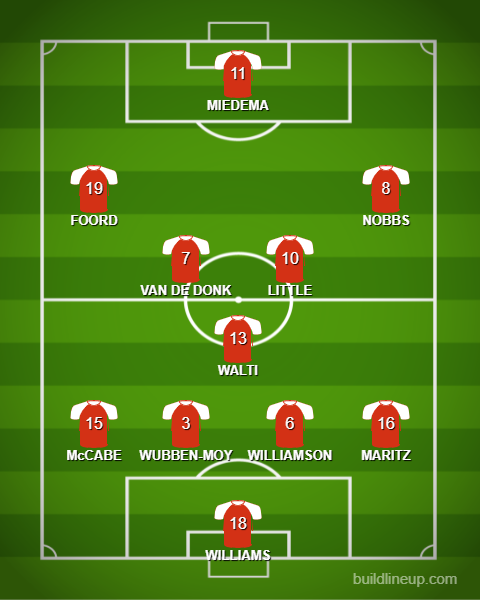 HOW TO CATCH THE GAME
The match kicks off at 7.30pm at Meadow Park on Wednesday evening and will be played behind closed doors. The match will be streamed free of charge on the FA Player app.

COMING UP
We will have match reaction from Joe Montemurro on the site on Wednesday evening, as well as the usual analysis piece on the site at some point on Thursday. We will also have all of the usual build-up and reaction to Sunday’s match away at Everton

Previous articleKroenke: We will not entertain any offer for Arsenal
Next articleInjured quartet back in contention for Villarreal clash

Just snuck in after an hour and a half.

He’s been through enough.

Sorry about that mate I forgot

I’m looking forward to tonight. One of the things Joe is good at is working out how to beat teams that are lower in the league. West Ham have certainly tightened up their defence recently, so I’m not expecting a big win. However, the way Jordan, Daan and Beth are playing, they’ll be able to create enough chances.

I’ll be watching on the FA Player. Does anyone know if this will still be available next season with the new WSL TV deal?

Yes, the FA Player will still show all games not picked up by Sky and BBC.