In recent times there has been much speculation over the future of Gunnersaurus as the club’s mascot, following the decision to lay off the man in the suit towards the end of last season.

Seasoned mascot watchers felt Arsenal’s insistence that the character would remain, even if the long-time costume-wearer was to be made redundant, just didn’t add up.

Now, Arseblog News can exclusively reveal that the cataclysmic meteorite has indeed come for football’s friendliest dinosaur, and that from next season the Gunners will have a new mascot.

A source close to Arsenal’s owners, KSE, told us, “Yes, this is 100% a cost-cutting measure.

“Finances have been a big problem since the pandemic hit, and every penny saved is a penny which can go towards team building.

“Stan and Josh knew this would be an unpopular move because Gunnersaurus was cherished by fans young and old alike, but they also know that supporters would prefer any money was spent on new signings and trying to bring in Martin Odegaard on a permanent basis.

“They’re not completely tone deaf though, and they have made some genuine efforts to ensure the new mascot will connect with everyone.”

Arseblog News can reveal the new mascot and its key design features.

Ball-y (as in ball-ee): There was much discussion over whether or not to use the hyphen, and genuine concern over whether people might mistake it for an upper-crust exclamation, but in the end the need not to get sued by the shoe company Bally swayed the final decision.

It’s also a nod to former Arsenal player, Alan Ball, to make it connect with the older generation, and the 2008 film WALL-E which will ensure the legions of Pixar fans will get on board straight away.

It’s a big red ball. Arsenal are a football club who play in red. A red ball, with a smiling face which displays the club’s commitment to making people happy.

Again, there’s another gesture towards fans who enjoy the history of the club, and those who were upset by the change of badge in the early 2000s, in that the original cannon will be used as Ball-y‘s nose.

“It’s a touch of class that Stan is sure fans will love,” said our source.

To ensure cost-savings, Ball-y will be a virtual mascot only. This means not having to make a complicated costume, or pay someone to be in it. Some of the things that Gunnersaurus did on game day, such as go in goal to pretend to save penalties from Junior Gunners, will now be done by playing staff who have not made the squad for that day’s game. KSE’s feeling is that they should be doing something to earn their wages for that week, and it will help build the connection between young fans and the club.

A key selling point of the new mascot is how versatile it is. We’ve seen mock-ups for St Patrick’s Day Ball-y: 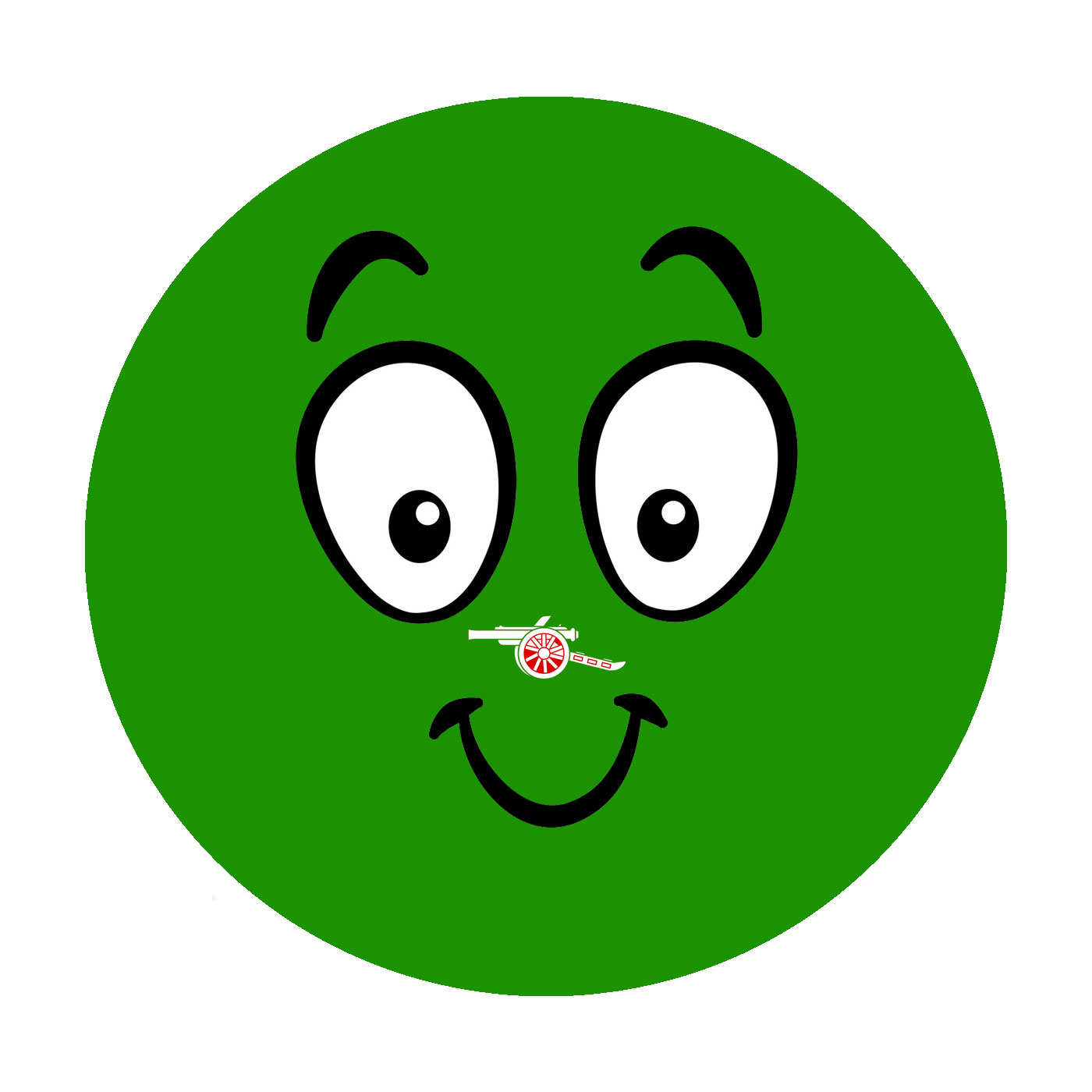 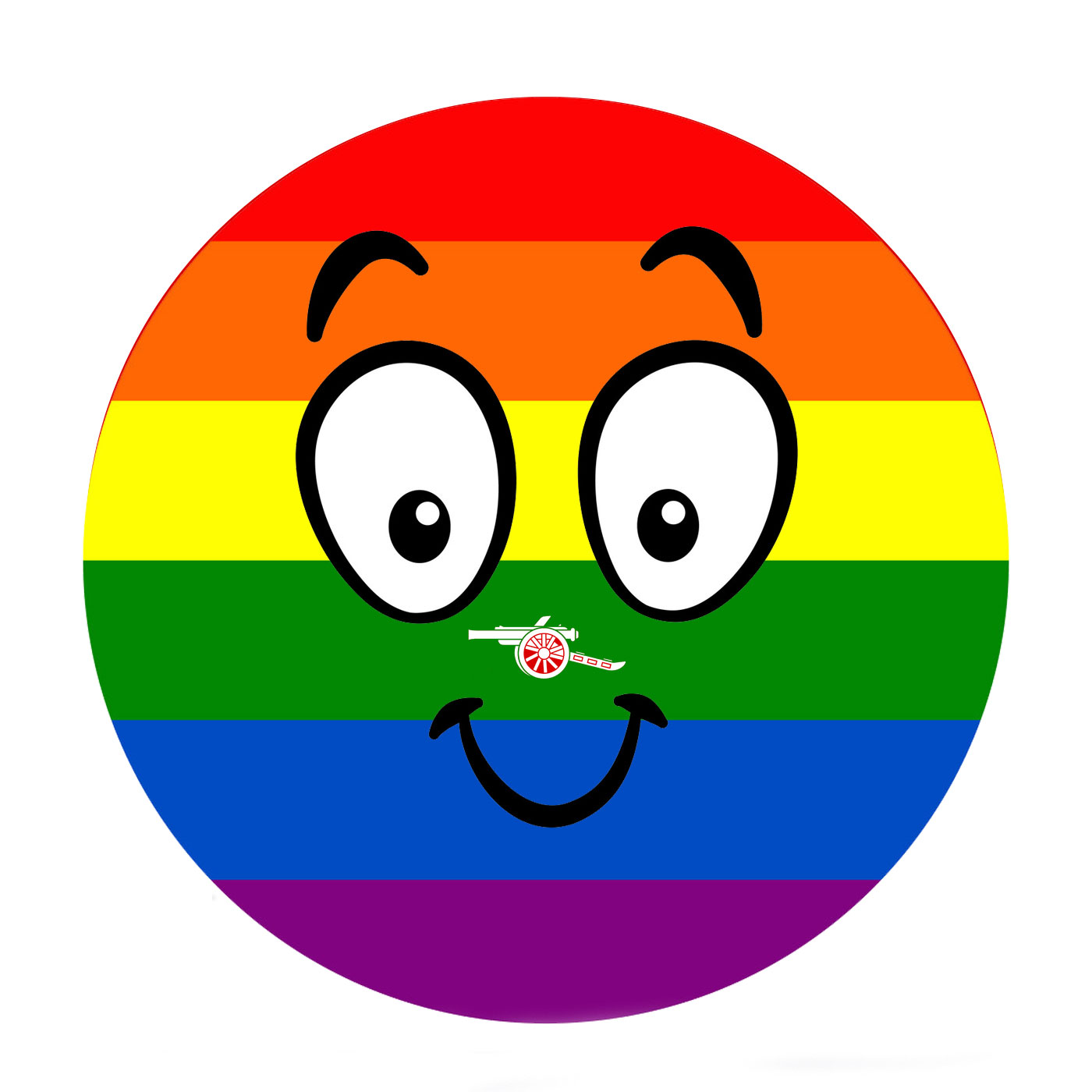 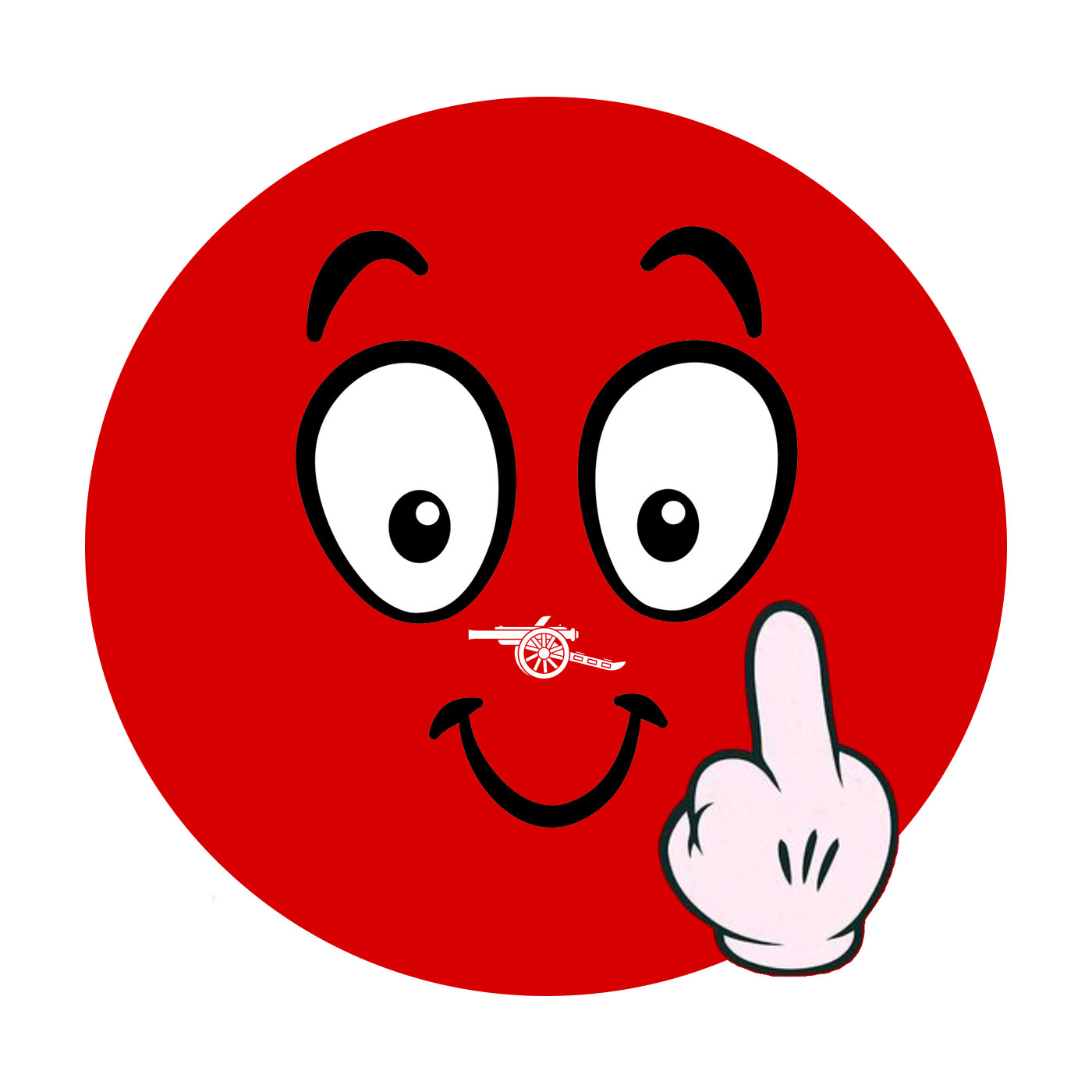 A new range of merchandise will be released, with the new mascot present on Ball-y mugs, Ball-y t-shirts, Ball-y keyrings, and an exciting collection of ballbags.

An exclusive launch party is planned for pre-season, but before then the club will say a fond farewell to Gunnersaurus with a ‘Jurassic Arse’ dinosaur themed event, taking place in the Diamond Club hosted by Vic ‘Velociraptor’ Akers.

Arteta: Not always easy being “observed” by...

goddamnit you had me for about thirty seconds

Fucking hell man, how much have you had to drink?

Couldn’t wait till the morning for the jokes no…

this is one of the cringiest things ive seen this month lmao, ty for this

I for one welcome our new Ball-y overlords

This is totally outrageous. How can we laugh at the cock on a beach ball if we are just the beach ball?!

Still a bit early on this side of the Atlantic, but well played nonetheless! 🙂

What’s the matter with these people? Once again, I’m embarrassed to be an American if this is the American influence. And what’s the saying that sums it up: Penny Wise and Pound Foolish. That describes the Arsenals Brainless Trust to a T.

Mate, it’s an April Fool – and you’ve been had.

A bit like we were when Arteta signed Willian.

You nearly had me there Blogs, was genuinely saddened when I saw the headline.

Jesus. It took me till Bally to catch on…

That St Totteringham’s Day Ball-y made me laugh out loud.

Looks a bit like a red nose day nose… Comical 😉

I would for real pay money for some Ball-y merchandise.

Maybe a coffee mug with Arseblog logo on one side and Ball-y on the other?

I know it’s an April Fools Day joke, but I am completely on board with St. Totteringham’s Day Bally.

Me too…that’s good banter right there.

Do you understand how time zones work?

No, it was posted at midnight on April 1st.

Missed a trick not including a blue one.

I’ve always thought it would great if Arsenal’s mascot was a giant arse. Just a big white arse with arms and legs, kind of like me.

🤣 Happy April! Seriously though, the St. Totteringhams day mascot could have legs. Not actual legs, obviously.

🤣 Happy April. Seriously though, I think the St. Totteringhams day mascot could have legs. Not actual legs obviously. 😁

I know it’s April Fools Day, but I’d be happy with Ball-y as a 2nd mascot. Not sure if it would affect the Ødergard deal though 😂

Shame…was hoping for Fat Arse the lazy mascot. Just sits there on the bench collecting a pay cheque, keep some of the unwanted players company.

Love this, dude. Was in stitches when I got to St. Totteringhams Day one. Part of my wants this to actually happen. 😂😂😂

Wonder how much it cost to pay Gunnersaurus off? Still well done Edu for getting him out, another master stroke! #nickingaliving

Apparently Gunnersuarus agreed to waive his remaining wages because he had already signed a pre-contract agreement with Schalke.

Don’t give them any ideas. They might actually use them

I’ve been reliably informed that Ball-y will be paired with an Official Digital Mascot Partner named Ache-y. The duo will take over the club’s social media accounts after every loss.

Always knew this day would come. A club of Arsenals stature would eventually outgrow something as childish as a dinosaur for mascot. I’m from Sweden and working in the marketing biz and know Skämt design when I see it. I’ve worked with them on many occasions. You can see in the new logo the massive amount of hours they’ve put in to make this. Good on you Arsenal for daring to go with something new, fresh and bold. COYG!

Had me going until I saw the design hahaha

This website uses cookies to improve your experience while you navigate through the website. Out of these, the cookies that are categorized as necessary are stored on your browser as they are essential for the working of basic functionalities of the website. We also use third-party cookies that help us analyze and understand how you use this website. These cookies will be stored in your browser only with your consent. You also have the option to opt-out of these cookies. But opting out of some of these cookies may affect your browsing experience.
Necessary Always Enabled
Necessary cookies are absolutely essential for the website to function properly. These cookies ensure basic functionalities and security features of the website, anonymously.
Functional
Functional cookies help to perform certain functionalities like sharing the content of the website on social media platforms, collect feedbacks, and other third-party features.
Performance
Performance cookies are used to understand and analyze the key performance indexes of the website which helps in delivering a better user experience for the visitors.
Analytics
Analytical cookies are used to understand how visitors interact with the website. These cookies help provide information on metrics the number of visitors, bounce rate, traffic source, etc.
Advertisement
Advertisement cookies are used to provide visitors with relevant ads and marketing campaigns. These cookies track visitors across websites and collect information to provide customized ads.
Others
Other uncategorized cookies are those that are being analyzed and have not been classified into a category as yet.
SAVE & ACCEPT
wpDiscuz
98
0
Would love your thoughts, please comment.x
()
x
| Reply