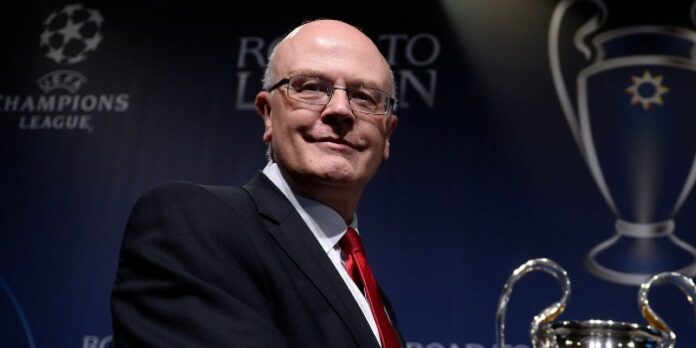 Arsenal have confirmed that club secretary David Miles will step down at the end of June after 50 years of service.

Miles started working for the Gunners as the dust settled on the 1971 Double celebrations. He was just 16-years-old and, in his own words, “left school on the Friday, had a ‘gap weekend’ and then started work on the Monday…and I’ve been here ever since.”

He began as club shop worker, progressed to the box office, became assistant to Ken Friar in the mid-1980s and then took over as club and company secretary in the early 1990s.

Among his many responsibilities, Miles used to supervise all player transfer dealings and was involved in determining fixture dates. He was also a regular Arsenal representative at UEFA draws.

Speaking to the official matchday programme ahead of today’s final game of the season with Brighton, Ken Friar, Arsenal’s life president, said:

“I interviewed David for his position when he was 16 and over the subsequent 50 years, I can tell you that he has demonstrated the most remarkable loyalty I have ever known in a person – a truly wonderful servant for Arsenal Football Club.

He added: “He has been an excellent company secretary, possessing the many and varied qualities required for that position and is hugely respected within the game. And above all, David’s a great guy.”

Miles won’t be stepping away from the club completely, he will retain a matchday role in the directors’ box.

Congratulations to David on his incredible stint at the club, we wish him all the best for the future.

“Arsene will be delighted”

Miles: Arsenal are open for business until transfer deadline day

That’s the literal definition of starting at the very bottom and – hard – working your way up. He probably knows more about the workings of the Club than anyone, bar Friar himself.

Nice to know that he is staying on, in a small way.

Great club servant, though I’d never heard of him. 1971, great year to start!

Another one of the old guard gone. A decent man who has given 50 years of service.

With Bould’s sacking, this is indeed a sad day for the club.

Thanks David for putting in the hard Miles. You went the extra Mile for the club, and racked up thousand of air Miles over the years. I hope your retirement is full of sMiles.

Incredible journey and one that is to be a source of inspiration. Though I can’t say I have ever heard of this man. Which is strange for such a high-level executive at the club.