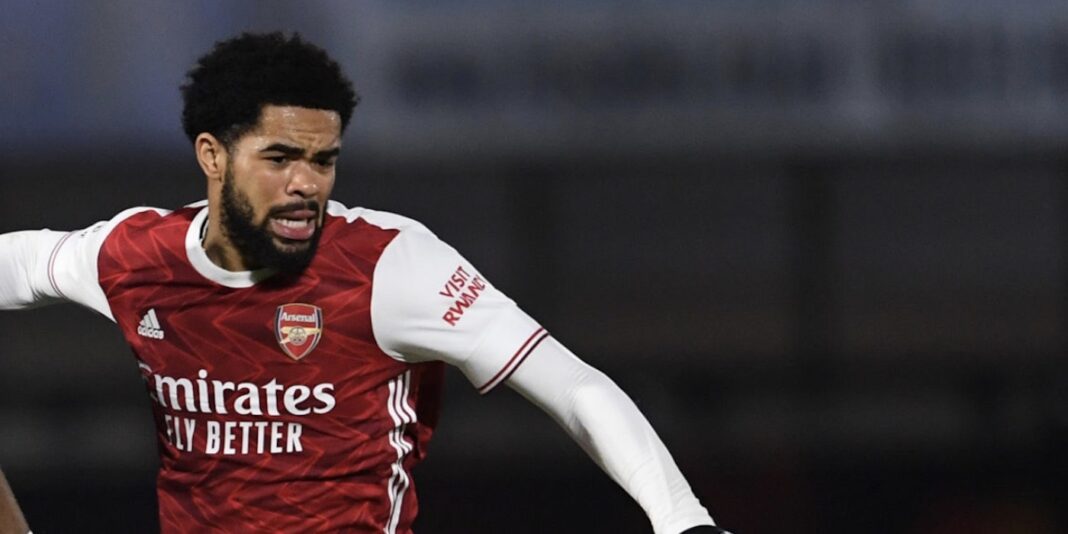 Arsenal have announced that Trae Coyle has left the club to join Swiss side FC Lausanne–Sport on a permanent basis.

The 20 year old winger never made a competitive first team appearance for Arsenal, but spent 6 months on loan last season with Gillingham in League One. He made 21 appearances in all competitions for them, scoring 4 goals.

With a year left on his contract, and his prospects of making a breakthrough for the Gunners slim, a move is best for all concerned, and Coyle joins the Swiss side on a free transfer.

Meanwhile, Football.London report that defender Zech Medley is on the brink of joining Belgian side K.V. Oostende.

He had two loan spells last season. Firstly, with Trae Coyle at Gillingham where he made 12 League One appearances, and then with Kilmarnock where he had 7 games in the Scottish Premiership.

He too is at a point in his career where he needs regular playing time, and with Gabriel and Pablo Mari ahead of him as left-footed central defenders at Arsenal, his chances are slim with us.

Elsewhere, Matteo Guendouzi’s availability has seen interest from Benfica, although Arsenal’s price-tag of €15m is seen as prohibitive. The French midfielder was expected to join Marseille, but as yet that deal has not been finalised.

Permanent departure could be best option for Coyle

Wonderful, more young prospects leaving for no money, makes total sense to me….. :-\

We´ve released a player who wasn´t considered good enough at a League One club.

What kind of fee do you expect?

Do we get somekind of financial benefit for Zech or Trae? Or does it all come down to sell on clauses etc?

Sounds like free/nominal fee with first refusal & sell on clauses. I’m not holding my breath for regarding any profit from sell on clauses though – Lausanne are owned by Ineos and are bit of a feeder club Nice, and Oostende’s owner has a bunch of clubs across Europe. If either player does well I suspect a cheap move to one of the owners’ bigger clubs will be on the cards.

Good luck to both of them.

We get nothing!? That seems like a terrible deal. We used to make a fair amount of money from the academy so to get nothing for a player who was seen as a top prospect is criminal.

Reportedly, Villa is set to make another bid for Smith-Rowe.
They need to back off our Emile! Though they will have plenty of cash to splash about if Grealish moves to City..

spartan
Reply to  A Voice in the Noise

Personally, I’d not consider any offers below triple their initial bid. We all know that he has the potential to be a top player. We should be considering his value as on a par with that of Maddison, as that’s what he is worth to us, and what we’d have to spend to replace him.

A Voice in the Noise
Reply to  spartan

Completely agree!
ESR, Saka and Tierney are our most precious players, both now and for years to come. We simply have to keep them in our fold if we’re to return to Champions League football any time soon.

Give youth a chance
Reply to  spartan

I wouldnt consider any amount they care to bid. Where would we find a similar talent with as much potential, regardless of cost – even assuming the fee was made available to fund transfers

Smith-Rowe is not for sale. Period

Hope when it comes to exits of Xhaka, Guendouzi, Torreira we really should not let other clubs decide the price. The players have their agents, set the price for them let the agents convince the buying clubs or risk losing a year playing secind fiddle. I do like Torreira, but with his mum passing away one can understand his grief, also why did we let him go on loan last year and kept Elneny is still a mystery.

I think a clue might be in the ‘Concordia’ part of the motto.

Mo may not set the league ablaze, but he’s a good egg.
I get the feeling Torreira just doesn’t dig England.

It’s good to shift people on but 15m euros for a promising France u21 captain and someone who has played in the Premier League and Bundesliga is pretty rubbish. I suppose we enter that one year left phase next summer though.

All the best, Coyle