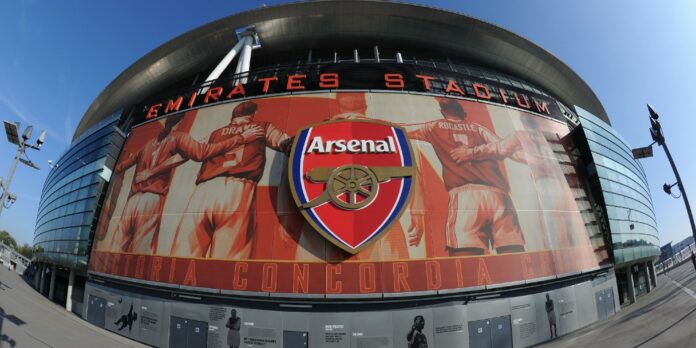 Jack Henry-Francis was something of a surprise inclusion in Arsenal’s squad for their pre-season trip to Scotland, but the midfielder gave a very good account of himself when he was brought on in the defeat to Hibernian.

Within minutes of entering the fray Henry-Francis won the ball back on three occasions, while he also played some neat passes as he helped Arsenal to improve their rhythm.

The youngster has been working hard in training and will hope for another runout in today’s friendly against Rangers, but even if he isn’t involved this trip has been hugely beneficial for Henry-Francis in terms of enhancing his profile and giving him the opportunity to experience what life is like in the first-team.

Henry-Francis’ progression is all the more impressive when it is taken into account that he couldn’t get into the starting lineup for Arsenal U18s at the start of last season, while he only feature for the U23s when a host of other players were unavailable.

The 17-year-old has continued to give his all, however, and is now being rewarded. His immediate goals for this season will be to earn a professional contract and feature more prominently for the U23s, but Henry-Francis has made the most of the opportunity that he has been afforded in the early stages of pre-season.

There are some aspects of his game that Henry-Francis needs to improve as on some occasions at youth level he has dwelled on the ball for too long, but there is much to admire about his game and also the fierce determination he has to succeed.

The heart of Wilshere.
The speed of Henry.
But the technical ability of Coquelin.

Tell you what, some of these double barrel surnames we churn out wouldn’t be out of place in Eaton.

A hybrid of Thierry Henry and Francis Jeffers? How does that work?

Liked him when he came on vs hibs. Very active but the first team players didn’t eant to give him the ball. felt dorry for him.
Good luck