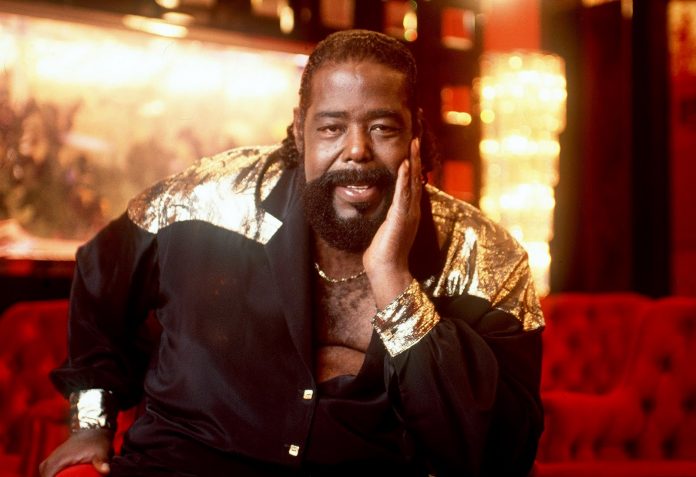 You know when you’re a teenager and fall so head over heels in love that you tell everyone who’ll listen that you’ve found your soul mate and plan to spend the rest of your life together…and then two weeks later go out with their best mate?

Thomas Vermaelen has declared he’ll spend the rest of his career at Arsenal and stressed that he has no reason to leave the Emirates.

While all around him get linked with moves away from the club, the Belgian enforcer, who signed a long-term extension to his contract in October last year, insists his head is not for turning.

“I will stay at Arsenal forever,” hummed the 26-year-old as Barry White’s “Can’t Get Enough Of Your Love, Babe” struck up on his ghetto blaster.

“There will be no transfer for me,” he continued as small cartoon hearts appeared in his eyes.

“I love London. I’ve got a house there, I’m happy there and I don’t see any reason to ever leave the club.”

While every Arsenal fan hopes that Thomas means what he says, we’ve had our collective heart broken so many times in the past that we’d be wise to take what he says with a pinch of salt.

Right, time for a bath and a glass of rose.

A bath and a glass of rose?

Please find a sense of humour

Fuck this shit
Reply to  Dave

He’ll need some prawn sandwiches to go with his rose, whilst turning up his maroon chinos revealing a shaven ankle

I promise I’ll never leave too!

But if you do leave you can still hang around london colney and watch us train.
Your welcome.

I’d never want him to leave, he’s got that Arsenal spirit
ze urrr, Mental Strength so to say

More of our players need to make these types of statements!

Anyone read the bullocks about a deal for Theo going to Liverpool until Dalglish got fired?

the only sam is nelson
Reply to  Nick

that’s what my inside source tells me.

you read it here first

EDgooner4ever
Reply to  the only sam is nelson

Stevie
Reply to  the only sam is nelson

Ryo
Reply to  the only sam is nelson

Golden Joke of the Season.

thats what we have to do, buy houses for all the players, then they cant possibly leave, mwuhahahahaha

I wonder if Vermaelen wanted a contract until 2022, when he reaches 36, but Arsenal refused. Or if it’s the other way around.

But at least we know we have a very happy vice-captain. Love it.

he’s “got so much to give” to the arsenal, which is great because he’ll “never, never gonna give us up”. Verminator, I just “can’t get enough of your love, babe”, i don’t know “what i’m gonna do with you”

But anyway please, please “pratice what you preach”

I appreciate your advise to take it with a pinch of salt but i actually, for somereason, believe Verm’s words..I think he may genuinely mean it..
On a side note, I love the writing style on this website..always cracks me up even on those bleaker days we can experience as gunner fans.
P.S Join this page! all the arsenal news in one place..It’s almost as fuckin excellent as Arseblog!

NO KITTY THAT’S A BAD KITTY!

With szcszeny, Gibbs, santos, jenkinson, tommy, koscielny and sagna, we have a defence who have all shown their love for the arsenal. It looks likely that they’ll play together for many years and really become a tighter unit. The future’s promising

What did Gibbs and Kos say about their love for Arsenal?

I too hope that they’ll play together for many years and really become a tighter unit. That’s I am a bit worried about throwing the Coq in the middle of that.

haha, no im a good kitty! I just want to say that Arseblog is my favorite site on the interwebs, for this reason I am always promoting Arseblog to my 4994 followers. I visit many arsenal related forums and I shared my page with you because I find Arseblog to have the best community and from what I read the most interesting commenters. I shared my page because i really hope some will join me as i want to include your interesting insights of our beautiful team.. we try really hard and update 24/7 and bring you all news and… Read more »

Meant to be a reply to Red Carrot , not like it matters.. cue the thumbs downs 🙂

Who comes on to a news blog to advertise their own news blog……. Is that you Nasri?

Everyone wants to stay til the Arabs/Russians turn up with their petro-dollars. I wish they’d all just STFU and concentrate on the football.

I don’t think Belgium or Arsenal have any pressing games coming up.

Well he’s playing England at Wembley on Saturday. My point is I’m sick of badge kissing followed by players fucking off to bigger clubs. And if you think we’re still bigger than City or Chelsea you’re kidding yourself.

You sir, are one sour guy.

Yeah good comment. Have you got a decent point to make?

If van persies daughter says she likes it in london then I reckon rvp will stay. Father_daughter bond

God damn Vermaelen, He makes me want to like him even more. To continue on the articles line of joke:

Vermaelen is such a (wine) bottler!

Who do you think would win in a staring contest between Vermaelen and Arteta?

Thats like the unstoppable force meeting the immovable object.

In unrelated news, this is the greatest video I’ve ever seen. Excellent Sczez/Wenger/Henry content: http://youtu.be/AleYSkW2LoQ

nothing beats watching rooney and adebayor’s head blowing up with brilliant sound effects. thank you :’)

I’ve known a few Thomas’ in my life. The most important one was Thomas the Tank Engine. I really liked him, but then as I grew up, I got bored of him because he just kept on doing the same thing all the time. Always going up and down the same tracks every episode. It’s the same with Vermaelen, he is always on the same football pitch all the time, playing with the same ball in the same position, in the same club shirt. It just gets stale and boring and that’s why I think Vermealen should go. Why can’t… Read more »

the only sam is nelson
Reply to  HR

I think the most important Thomas was St Michael of Thomas who’s saint day passed only last Saturday.

It’s said he went to the terrifying wastelands of Scouse and performed the impossible in front of hordes of godless bindippers, accompanied only by a small band of the faithful

etc etc and so on

Hmm didnt Thierry and and Fabregas say the same some years ago ,still heartwarming stuff from the Verminator

I don’t know why I don’t see why more comments of Gooners screaming with adoration for this guy. When I read his comments this morning, it put a great big smile on my face. We love you Vermaelen, blessed to have a player like you.

Okay okay, we all fucking love the crap out of Thomas vermaelen.
There I said it.

Am loving this guy every time, even if he makes mistakes, Verminator all the way.

Glad to hear it Vermer but please do work on improving your positional game and cutting out some of the mistakes which cost us a few points this season. You have all the qualities but just need to temper trying to do everything yourself with being more solid and consistent. Look at Kos, he made plenty mistakes last year but this year he’s been the most consistent performer in the squad

Do you think he’s going to be reading this? xD

Ilya, TV5 doesn’t read this. I’m sure if he did he would really value your advice. Penis.

In other news today Marouane Chamakh has told sources he loves the Arsenal bench, he does not want to leave and wants to prove that he earned it. “The Arsenal bench has always felt like a second home”- Chamakh

i wish Arsene and Robin would say the same thing …

John
Reply to  Why is my name required

I think Arsene has showed his love for Arsenal in a much more substantial way i.e. perservering with the great job he’s doing while the less-well-informed-people-who-pretend-to-know-the-whole-situation-at-Arsenal scream for his head.
The sheer commitment to Arsenal he’s shown, even when other lucrative contracts have come by him, proves his love of Arsenal to me.

Arsenes’ water bottle has been through it all.
Stay strong.
Peace.

Poor bloke doesn’t realise what he had done. By commiting himself to the club forever Wenger doesn’t need to make him captain one day.

oh..Arsenal come get me.this loneliness in bed kills me.I wouldn’t demand alot,av come to learn that the bench is a very warm place. if u so wish,I could seat there just to watch u play.

Do love the Verm. His goal versus Newcastle was probably one of the highlights of the Season for me. In somewhat related news, I looked at some of the new videos on this site, and now I appear to have fallen in man-love with Rosicky. I mean, I knew he’s a great player and has performed really well this season, but watching him throw himself into tackles and burst down the pitch made me need to change my pants. And then I watched the Season review, and now I’m all sad again. That look on Robin’s face when he scored…… Read more »

The Verminator is just insane, he’s certainly one of the players we have to keep for a long time if we want to move forward, so it’s really awesome that he seems to care about this club.