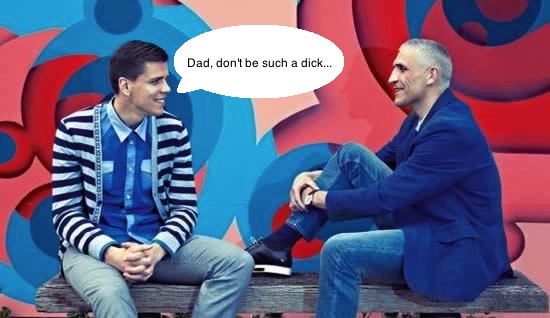 Wojciech Szczesny has pulled the rug from under his father by dismissing his fiery dressing down of Arsene Wenger as disrespectful.

Maciej Szczesny, himself an international goalkeeper in his heyday, was quoted in the Polish press earlier this week criticising the Arsenal boss for his mishandling of his son’s fitness.

However, in a remarkable twist, and presumably in an attempt to downplay the backpage headlines made in England, Szczesny Jnr has released a statement on the Arsenal website apologising for the conduct of his father while stressing his loyalty to the club.

“I would like to apologise for the comments made by my father which have been used by both Polish and English media.

“I’d like to make it clear that those were the views and opinions of my father and not mine, and although I respect his views I cannot accept them as I find them disrespectful to the club I truly love.

“I have been at Arsenal Football Club for seven years now and I have always shown my full respect to the Club, Arsène Wenger, all the coaching staff, my team-mates and the fans.

“I’ve always felt that I received great support from the manager and the fans and I am fully focused on getting back to my best.

“I am proud to be a part of Arsenal and I see my future at this great club.”

Given Wojciech’s father looks like the type of guy who’d not only be cast as a Bond villain but would have few qualms scoffing 007 as part of a bloody goulash, it’s a pretty brave move.

That being said, our young number one is anything but shy when it comes to expressing his views. Arseblog News hopes this little episode helps motivate him for the remainder of the season…we suspect his pocket money might get cut mind.

Can we sack Wenger now? Please?

I guess you might say they are Poles apart* Boom Boom!

*Stolen from the Tuesday Club/Football Weekly

his dad is a cock

I dunno, I think he’s just being a dad.
I mean, before this I thought it was pretty cool that he and Szczesny called each other to go over his games and how he could improve it. Way I see it, he’s just being blinded by fatherly pride and whatnot. He really, really shouldn’t have opened his mouth in an interview, but I don’t blame him for not wanting to believe his son is responsible for his own so-so form.

At least his father punched Mancini.

Somehow, I can’t quite see the headlines for this

A N Other
Reply to  Chamakh's Quiff

You are playing it down..

That’s the way to deal with shit like that. Nip it in the bud. Job done! Well done SZCZ

Good on you, young Szczes

Smart comment from SZCZ..I thought he would come out and make his own views known, that’s something I admire about him, he’s a clever and brave lad..now get your head and form right!

My opinion is that arsenal made him say that….. Just to put an end to the story, this guy is too cocky to apologise

Or he’s embarrassed by his Dad’s behaviour and wanted to make sure everyone knew his views.

No Mr Wenger, I expect you to die (or restore my son as first-choice goalkeeper).

Brave stuff from our number one.

Obviously a Gooner through and through.

Absolutely love the new app, but are the embedded videos not supposed to work on phones?

Depends on the phone.

Remember at one of the World Cups when the England players tried to sneak in lyrics from 80’s pop songs, this feels like that. Szcz official statement basically just says “Papa don’t Preach”. Next week NAsri comes out saying “Yes I moved for money, but I am a material girl, living in a material world.” I’m trying to find an excuse for Gervinho to sing like a Virgin, but it’s not quite there.

Something along the lines of:

Like a virgin
Scoring for the very first time
Like a virgin
Watch your heart skip, when I shoot
*something something*…. haven’t quite perfected it yet

Shouldn’t it be Szczesny Hawkes……I am the one and only??

I don’t even hold anything against Chez snr – he’s doing what every classic dad does and automatically backing up his son even though he probably knows he’s wrong. It’s pretty cute really.

From a boy to a man. Good for you, Shez.

don’t even have coat… so I’ll just go

don’t even have a coat… so I’ll just go

I hope all these ridiculous transfer stories can just end now. If Chesney was thinking of leaving, I just wish I could sit him down and tell him it’s not time to make a change, just relax, take it easy. You’re still young, that’s your fault, there’s so much you have to know. Distribution mostly.

He needs to find his poles, settle down, just relax and take it leisurely? Because there is still time.

Good on Szcz to prove he’s not cowering under his dad. Must have taken a lot to say that and I, for one, am proud to have him at the club.

That really is a smashing shirt/cardigan combo he’s rocking in the photo. Good lad.

Skilfully, done, Chez! Get your dad to complain for you, then deny everything.

Now, the Polish press would have to go after his father for a response to his son’s reprimand. I’d expect an apology from him to. We wouldn’t have heard about him or his son if not for Wenger. That alone deserve some respect

Surely “Cats in the Cradle” would have been better…

“Thanks for the ball, Dad, come on let’s play. Can you teach me to throw?”

Enough of this shit now. Just shut up and catch the ball chez . The best keepers in the world are the ones that never have to talk

No, the best keeper in the world is Buffon.

Maybe it’s just cos I’m in a great mood, but the material on Arseblog today from blogs himself through all other contributers has made me smile and chuckle aloud.

Sorry I’ve got nothing funny to add, thought I’d share the love instead…

I have to agree, some hilarious comments!
Maybe the interlull isn’t so bad afterall.

“He is not my father!” Szczesney explodes in tirade, goalie endorses Arsene as the real one.

Dad’s view is formed by certain comments or opinions that Szczesney expressed to his dad in private. His statement today sounds like written by a PR rep. But there’s gotta be some truth to his dad’s comments. They have to reflect how Szczesney truly feels to some degree.

Chez’s pops is just doing what so many fathers do wrong whilst trying to do something right and defending their offspring – and turning out to be outstandingly embarrassingly cuntish- my dad did it quite regularly, but I didn’t merit getting into the daily tabloids like our (second) Poleingoal.I did tell the old man off quite a few times – didn’t help much- Dads will be Dads!