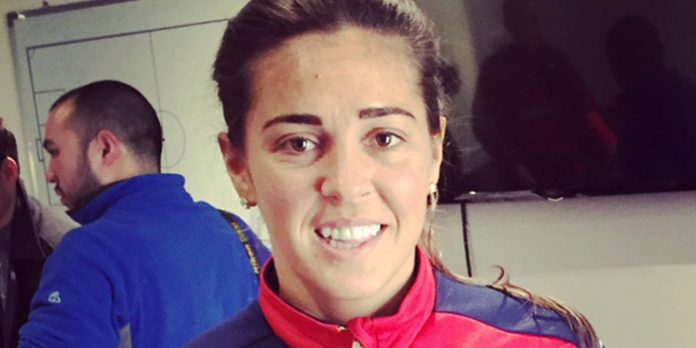 In a spotlessly white dressing room at London Colney, Emma Byrne’s shirt hangs alongside Rachel Yankey and Kelly Smith’s. Their kits are placed over a bench separated from the crescent of neatly hung, red and white shirts bearing the names of the Arsenal Ladies’ squad. “The idea,” explains ex Arsenal Ladies captain Faye White, “Is that the shirts are arranged in order of seniority.

“So the girls’ changing bays are sequential in terms of the length of time they have been at the club. Emma, Kelly and Rachel have been here the longest, so their bays are the most prominent. The idea is that it gives the new girls and the younger players something to aspire to. We want them to work their way around the room.”

As part of the regeneration of London Colney, the Arsenal Ladies, for the first time, have their own sanctuary. No longer do they have to train in the evening, once the men’s team have been put through their daily paces. Plans are afoot to extend the current operation, but as the Ladies’ returned for pre-season training in January, they were able to use dedicated training facilities for the first time, separate from those used by the men.

In an enclave next to the media building, where Arsene Wenger holds counsel with the gentlemen of the press every week, the girls have their own changing room, their own physio room, a lounge with comfy sofas and widescreen plasma TVs to encourage greater team bonding and their own changing room. “We eat together, we watch TV in here together, we get to spend more time together at the training ground now,” new Arsenal signing Fara Williams explains to me, ensconced in the sizeable cushions of the players’ lounge couches. “It encourages team bonding,” she points out.

With the new facility, the girls no longer have to train in the evening. They now begin at midday, but most of the players arrive in advance to use the gym and meet with their teammates. Clubs such as Liverpool and Chelsea had already begun to ramp up the investment in their ladies’ teams back in 2013, instantly challenging Arsenal’s hegemony at the top level of English women’s football.

But the formation of Manchester City Women- with their own stadium, their own training ground and an expensively assembled squad, has proved to be the real game changer in the WSL, forcing clubs like Arsenal to professionalise operations. Fara, who won her 150th England cap on Sunday evening, expands on the impact that City have had.

“We know that Arsenal have always backed the women’s team, City have really encouraged greater investment from other clubs and I think most of us are grateful for the impact they have had, they’ve really helped the WSL to kick on.” The popularity of the domestic women’s game is often given a shot in the arm, in the short term at least, by international tournaments. International football is played much more regularly in women’s football, with many girls holding central contracts with their respective FAs.

The 2015 World Cup had a significant impact on WSL1 attendances last summer, with the England Lionesses bagging a bronze medal in Canada. The progress of Team GB at the 2012 Olympics in London generated greater interest in women’s football in England. Alas, there will be no Team GB at the Rio Olympics this summer, robbing the women’s game of much needed publicity.

“Potentially it’s a lost opportunity publicity wise,” contemplates Fara, “But I think people need to recognise that Team GB is not the England team. Before England games sometimes, TV stations are playing montages, including footage of Team GB, thinking that they’re the same as the England team, which they’re not. It’s disappointing not to be involved in this year’s Olympics, but the World Cup will always be the pinnacle for me.”

We move outside to observe a training session. It is obvious from watching Arsenal Ladies that manager Pedro Losa prefers a slick, passing style of football. After a warm up with the strength and conditioning coaches, the girls are straight into a one touch passing drill. “Quality in the pass! Quality in the movement, quality of your touches. Communicate!” The 38 year old Spanish coach urges constantly, almost as if stuck in a loop.

Williams, a 31 year old central midfielder of world renown, is very clear of her role in Losa’s daisy chain of pass and move football. “We have a lot of brilliant young players in midfield, players like Leah, Jordan Nobbs, Vicky Losada and Danielle van de Donk and they have great attitudes. Dominque Janssen also is only 20 and is a full Dutch international. I will probably play a little deeper, Pedro wants me to bring balance and experience to the midfield,” Williams explains.

“We have players with great energy in midfield, but energy can bring vulnerability, so it will be my job to maintain the discipline in there and be an outlet for the centre backs, so we can get the energy in the more attacking areas of the pitch.” The competition provided by those young charges were a key part of Fara’s decision to join Arsenal. “This squad is very competitive, I want to continue to compete at an international level and it’s important that I have to fight for my place. I know I will get that at Arsenal, I want to kick on here.”

Williams won two league titles in her three years at Liverpool, a symptom of their increased investment in training facilities. But Fara believes that the new facilities at London Colney, where the girls now also have their own training pitch, represent an improvement. “We trained every day at Liverpool too, but Arsenal train on grass and that’s a big factor, something that is very important,” she reasons.

Away from the pitch, Williams is a patron for the Homeless FA. “I was homeless for six years,” she explains, “so it’s something that I am very passionate about. I want to show homeless people that they have hope.” Fara was awarded an MBE in the New Year’s honours list in January 2016, for services to women’s football and her charity work.

Williams’ move to Arsenal has been arguably the most eye catching transfer of a busy WSL window. “I’m not one to move around,” she confides, “So coming to Arsenal Ladies was a big decision for me. Even in my personal life, I don’t like moving around much, so moving with my family has been just as big as the football decision.” Unlike Fara, Arsenal Ladies have not geographically relocated, but they will be reaping the benefits of some home improvements at London Colney in 2016.

That’s good news. Though I have to say, if these facilities are a big improvement on the previous ones, they must really have been slumming it before.

Arsenal Ladies are one of the ‘big guns’ of the WLS and – unless the pictures don’t do it justice – this doesn’t reflect that. I imagine that there are US colleges whose Women’s programs have more impressive facilites.

They were sharing the men’s before, so they were good. But point is, they couldn’t use them till 5-6pm on the evening, they can stay at Colney all day if they want to now. This is the first phase, they are extending them to make them bigger. But yes, in general, most women’s teams in England will lag behind US colleges.

Really excited that Fara has joined the Gunners.

Hoping for great things this year for the Ladies. COYG!

NOW THAT OSHOALA PERMIT COMING TO ARSENAL LADIES, I HOPE THEY WIN THE LEAGUE BACK

This is great news, although I can’t help agreeing with the first commenter.

Do you know if a new stadium is also on the cards?

Yes, there is. Just getting the last bits of the planning permission done (it’s pretty much a fait accomplit, it’ll be at the training ground, so Arsenal already owns the land).

Fara sounds like the kind of personality that is great to have around with her experience and the balance she should bring to the side. The improvements in terms of facilities and support for the Ladies point to an exciting future.

Nice report Tim. Good to read of the Club progressing in this area.

I don’t know how much money we spend on women’s football and not trying to sound chauvinistic but why not use that money and invest in a world class striker. Anyway Congrats bloggsy on an exclusive, great to see the blog constantly developing.

Considering the amount of money we have in the bank and STILL don’t spend, blaming the Ladies team for siphoning funds away from the purchase of our mythical striking savior is a bit odd.

Fair point mate but I’d rather an explanation than 23 dislikes. I’m not blaming the ladies for us loosing the league this year, simply saying I don’t card aboyt shoelaces and women’s football, we’re not a charity.

Thanks for this Tim, great read!