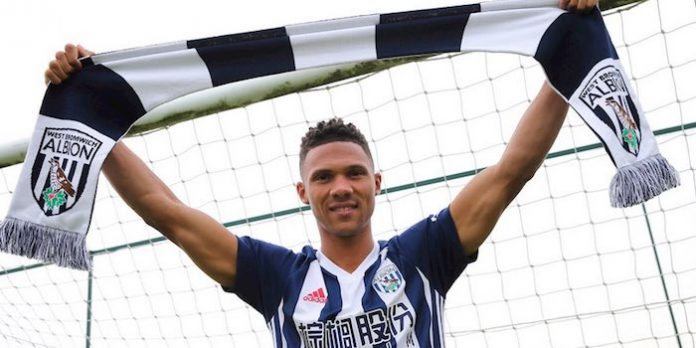 Arsene Wenger says that Kieran Gibb’s rise from Arsenal Academy graduate to England international is reason enough for him to be proud of their former left-back.

After 13 years, and with 230 appearances to his name, the 27-year-old called time on his Gunners career last month sealing a switch to Monday’s opponents, West Bromwich Albion.

Speaking ahead of Gibbs’ return to the Emirates the boss admitted that it will be strange to see his former charge in another club’s colours.

“It will strange to see him in a different shirt because he is a player who has been educated here from a very young age,” said Wenger on Friday.

“I am sure that he will have great motivation and will have a huge influence at West Brom, and it can give another push to his career.

“He has become an English international here. He has made a good career here and I believe that Arsenal is very proud for that and Kieran Gibbs can be proud.

“What happened to Kieran Gibbs is he had been bothered a few times when he was in front of other players. Many times he was a regular player here, but he had some fitness worries as well and that stopped him here.”

Still sad to see him go, and sad to see what’s happened to our British Core (anybody remember the “AUDACIOUS STUNT”).

If I remember right, he broke into the team in 2009 and did a solid job for us. Unfortunately, that’s as high as the ceiling went for him.

He had his injuries, but still gave us everything when he played. I’ll never forget his clearance off the line in the cup final, or that “£30M” tackle against, ironically, West Brom.

Good luck for the future Kieran, sorry your best option was Tony fucking Pulis though.

Ah yes, the famous English core contract renewal. Brings back memories. Literally everyone in that picture has had his fair share of troubling injuries

wait, we can post pics in the comment section?? sorry, I didn’t know the pic would show up. Hopefully this site doesn’t turn into some arsenal version of 9gag :S My apologies folks.

I believe you’ll want to call that the British core.

Especially the tall French bloke at the back

Well..at least Tony knows how to use his defenders.

Yup, the same way he uses his forwards and midfielders. Lined up top of their 18.

Wenger has a decent record with Academy products.

Gibbs was One of our better prospects

But we still have Jack, Coquelin, Bellerin and Iwobi not to mention Reiss, the versatile Maitland Niles

Feeling pretty excited about Iwobi and Bellerin this season as well. Think they’ll kick on again.

Anyone know of any other PL teams that have that many academy players in/around their 1st team squad?
There can’t be many and even less so with the big teams.

Always liked him. Professional even when given little game time. Never moaned, but didn’t hide and take a paycheck, instead opting to find first XI football elsewhere. Good on him, just a shame he never managed to fulfil his potential.

One of the worst full backs to ever play for Arsenal, mostly because Wenger didn’t teach him a single thing. Wasted his career really, happy to sit on the bench and take the money rather than taking a step back and improving himself at another club. Canny buy from Pulis tho, who could turn him into a proper defender.

I hope this is your take on sarcasm.Show some respect to an Arsenal man …. good luck Kieran

Why would I respect him? He sat around on easy street his entire career, probably turned down dozens of offers because he was in a comfort zone and overpaid. Now his contract is up next season and Arsenal have no intention of offering a new one, he’s left. It’s bang average players like him with no ambiton that drag a club like Arsenal down. You don’t win titles with players like Kieran Gibbs, you win them with players that are ambitious and want to win at any cost. He’s not been loyal to Arsenal, he’s been loyal to his bank… Read more »

Pete – you do realise that Gibbs just chose to leave, BEFORE his contract ended? He could have chosen to stay another year on his Arsenal wages and then leave on a free with a sign on bonus somewhere else. Your comment would have made more sense if Gibbs had refused to go to West Brom. You seem furious just because he he made the decision to leave slightly later than you would have liked! Also – clubs need backup players. We shouldn’t be angry that everyone who isn’t a first team starter is still at the club. They can… Read more »

Think that’s a bit unfair. Compared to full back flops like André Santos and Nelson Vivas he was quite decent. Alas in the last couple of years, especially after monreal arrived, Gibbs has slowly regressed. He was never world class, but never would I call him one of our worst

I think he was a level below what was needed, but still a decent player. Although how he got to play for England is strange – he was never England standard either.

All the best for him anyway.

santos. fuck off you slice

Jack’s still around as is Walcott. Rambo then Calum and Holding not to mention Reid’s and there’s also Maitland Niles whose versatility has seen him useful.

You add say giant Matt Macey as third choice keeper and there’s 6 or 7 British players within first team 25.l which is 20%++ of the squad.

That is very substantial across any team in the PL concurrently.

WALCOTT, MAITLAND NILES, substantial, ha ha ha do me a favour, never seen so much crap in a red and white shirt

It’s not a “core” though, as only Ramsey is an established starter these days. The rest are either young (and still to fully prove themselves) or fringe, and some may be sold next year. The idea of the British core (for me at least) was that people like Jack and Ox would become the first names on the team sheet for maybe 10 years, embodying Arsenal in the same way that horrible man did for Chelsea. The idea of Jack being “Mr Arsenal”. Just having a decent number of British players flitting around rhe first team squad isn’t quite what… Read more »

Always liked Gibbs, but even if he just maintains current, let alone improve on it, Kolasonac seems like an upgrade

I no this blog is about Gibbs but this paper talk about us going for Sterling,, surely not, he’s fucking ?and ain’t we got enough players like him already,, hope we don’t sign him or part exchange with Sanchez like they r saying

Why the thumbs down,, that mean you’d like to have Sterling in our team? I don’t think he’s any better than wilcott or the ox, and they the players we need to get rid of,, ones gone

The Blerch
Reply to  southpaw74

Probably because it’s got nothing to do with the article. And FFS Sterling- really? No chance, get over it

southpaw74
Reply to  The Blerch

Moody fuck,, time of the month,, just saying like

Akshay B
Reply to  southpaw74

I wouldn’t be worried about transfer guff in the middle of the season….I am tired of the transfer talk….rather watch the games 🙂

If you feel like helping out earthquake victims don’t hesitate to stop by amazon.com.mx There is a Red Cross wishlist.

We’re having a rough time down here any help will be appreciated.

Very solid player, good defensive instincts and decent going forward. Think he will do well at West Brom. Hopefully he can avoid injuries as those have obviously held him back. Best of luck to him and worst of luck to Tony Pulis, if that’s possible

Kind of think it’s a shame that a player has to leave for an undeniably worse team for us fans to respect their decision and wish them the best in their career going forwards. With that being said, good luck to Gibbs, tried his best for us, played for his country semi-regularly with us, and played at the highest level. A career he can be proud of for sure in the grand scheme of things

That’s just because it is out of there hands. They are the ones who are being rejected by the club not the other way around. It’s totally fair enough to be pissed off when you build up a players career and at their peak they feck you off for another club.

Honestly I don’t think it is fair enough, how many players have done just that to come to us? As long as they try their hardest for us and don’t bad-mouth the club or fans, I don’t have a problem with them (except RVP)

also see the discontent about Wilshere’s loan to Bournemouth. Nothing to do with the size of the club, everything to do with whether they are wanted/ deemed an important first team player or not.

I am not sure what AW means with this :”What happened to Kieran Gibbs is he had been bothered a few times when he was in front of other players.”
Is it that he was often injured when he was first-choice, or that he was bothered by opponents on the field?

I read it as being injured when being first choice.

Never spectacular, but very consistent when he was fit to play. True professional and the type of player you root for.

have a good game gibbs,its a shame it ended the way it did, you was a great player even if that idiot wenger thought otherwise, all the best mate, and good luck for the future