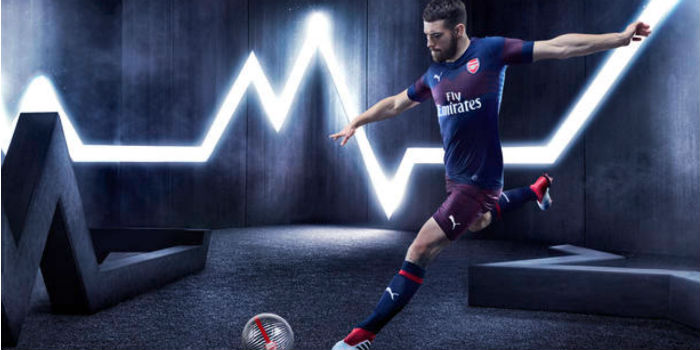 In the long distant past when man fashioned garments from whatever he could kill, the motivation was functional. Keeping the skin protected from the elements became a part of human nature so ingrained that it gave rise to the very modern phenomenon of nudity shame.

We all have the same bits, just in different shapes and sizes, but to display them publicly is not only seen as a humiliation but is, in many cases, a crime.

In the mid 1500s, a new epoch began. Typically it was in France. A small village called Craponne outside the settlement that would become the city of Lyon.

A young man was frustrated. Jean-Pol Parodie sat with his friends at a cafe bemoaning the restricted movement he had whilst wearing his sackcloth tunic.

“We are missing something,” he told them.

They looked on in bewilderment. What could they, in this modern age of enlightenment and burning of criminals, possibly be missing?

“SLEEVES, DARLING! SLEEVES!” he exclaimed as he thrust his arms through holes he had made in his attire the night before.

It was said for years afterwards that you could hear the collective gasp as far away as Saint-Genis-les-Ollières.

And so it is many years later that Arsenal and Puma have come together to honour this forward thinking father of fashion to create three kits all of which have sleeves.

One on each side for perfect aerodynamic thrust, the synergy of elbows and shoulders coupled with a holistic, centralized user-facing construct which allows players to sport this optimized uniform product, thus providing them with maximized process improvement and a robust, value-added array.

Coupled with an exciting development in pant theory, slicing them above the knee to create what will surely become known as ‘Not Longs’, and a revolutionary concept in foot sheaths, when the Arsenal take to the pitch next season they will do so with the knowledge that they – like Jean-Pol Parodie before them – have changed the world.

Jean-Pol Parodie was initially viewed as a heretic for his invention, and cast out, but when the first great French designer, Huguenot B’Os championed him he was welcomed back into society.

He documented his life in an autobiography called ‘Take it or sleeve it’, published by Manchot.

Says it all really

I wonder what the third kit will be.

As you can see from the previous post it looks like Man City (same colour), on the basis we need to turn our away form into something like theirs.

That’s a really dull and extremely ugly kit. Why do Puma hate us?

I actually like this jersey, but not as much as the article.
You’ve made my morning, Blogs.

You mean ‘Not longs’?

They look like pajamas to me. Was really hoping for a return to Nike, but Adidas will be cool as well.

If you remove your shirt in celebration it is an instant booking. Could our players avoid this problem by removing those freaking hideous shorts instead?

Actually it’s not that bad, if you ask me. Especially the pants look quite nice.
As everyone is crying out for a blue and yellow away kit, I wanna remind you of the yellow/blue puma kit 3 seasons ago. It was horrible.

I’m with you on this one. Isn’t as bad

Because it was more gold and blue and not actually yellow 😀

Nope, it was yellow, you mean the one from 2 seasons ago. But that was yellow (gold) and dark grey, not blue.
I mean this one: https://goo.gl/images/q8s76t

Oh right, totally forgot about that one, but hey, we won FA cup wearing those, so cannot be that bad.

The shorts look like the signal interference we will see on all our TV screens the day the apocalypse arrives. But possibly more depressing.

Moley mole the mole who lives in a hole

Such a shame that the EU have banned yellow

Puma is a joke. Glad this is their last year season with us

Blogs you should have had a NSFW warning, my colleagues just laughing at me

This kit ain’t that bad, take it or sleeve it!
Pure gold blogs, pure gold!

In Puma’s [small] defense, their designs are being approved by Arsenal staff aren’t they?

bye bye puma…it has been real

It knocked my leg sheaths off. I love how Nacho always ends up being the one to model the kit, such a gentleman for always helping out the comms team.

Anyone else worried about Lacazette not showing up in the promotional material for the new kits?

Thankfully players showing up or not, rarely mean much. RVP was in the kit pics three weeks before he left.

Still this photoshoot makes it look like he’s already old news and they’d rather feature Mkhitaryan and Aubameyang.
Hopefully the new coach gives him a bigger role than the marketing team, as he has much to bring to this team in my opinion.

Had a couple to drink have you blogs?

Whilst it’s a bit PSG, I actually quite like it. And the new home kit. Yes, I suspect something is wrong with me.

That third kit, however, is an assault on the retinas.

Why is there a mustache in the middle?

Wonderful article. These aren’t great, but last year’s blue away kits were unequivocally the worst uniforms ever made. Moving on.

This is hysterical. Thanks, Blogs. Needed this today.

As soon as I saw the “pictures AND ANALYSIS” subtitle, I knew something pretty good was waiting:
“the synergy of elbows and shoulders coupled with a holistic, centralized user-facing construct which allows players to sport this optimized uniform product, thus providing them with maximized process improvement and a robust, value-added array.”

It will certainly add to the game-day experience.

Jean-Pol would be rolling in his grave

Looks like generic navy option three, personalize for £10. So boring. And so sick of seeing Fly Emirates on our kit, really the sponsor of a pretty shit era lately. Won’t be buying this one.

Lol great article, Thanks Blogs (I still have a smile on my face)