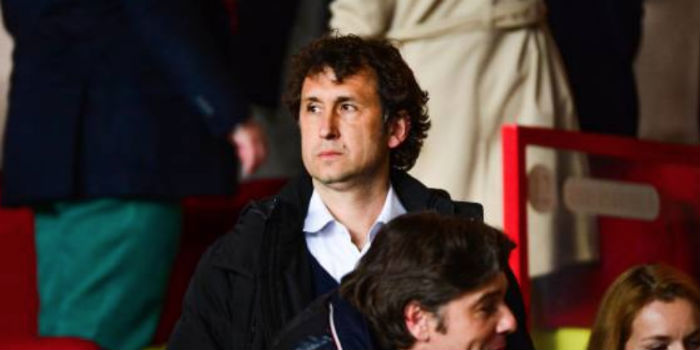 According to reports in France, Thierry Henry is closing in on his first managerial appointment with Bordeaux readying him as a replacement for Gus Poyet.

After drawing a line under his coaching apprenticeship with the Belgian national team, the Frenchman has been on the lookout for his first big boy job and did at one point look like he might end up at Aston Villa.

While that opportunity came and went – Steve Bruce eventually persuaded the Villans’ owners to keep him – Henry hasn’t been short of suitors. He even has the backing of Arsene Wenger who confirmed this week his former charge rang him up for advice.

Should Henry get the green light from Bordeaux, he’ll need to quickly assemble a backroom team. RMC claim that one of the candidates to be his right-hand man is former Arsenal teammate Gilles Grimandi, currently the Gunners chief scout in France.

While a Grimandi departure would be a headache for Sven Mislintat, you can see the attraction for Henry who’d have a trusted pal with an encyclopedic knowledge of French football at his disposal.

For the record, Bordeaux haven’t yet sacked manager Poyet, however, he has been suspended for an expletive-laden press conference during which he castigated the club for selling players without telling him. He’s due to formally get the chop in the coming days.

Look out for 27 October – we might well have an Henry versus Patrick Vieira managerial showdown when Bordeaux host Nice. That could be fun.

Henry to be inducted into Premier League Hall of Fame

Hands off our scout, mate!

Why haven’t we got any of the latest World Cup winning French stars in our team?

If Grimandi has such a great knowledge of French football surely we’d have a few?

Genuine question – applies to Wenger too.

Any reasons? – we were successful in the past by knowing of French World Cup winners (Vieira, Petit) and buying them early and cheaply. What changed?

I agree. Everybody knew about Mbappe at age 4 or five. He took pictures with Henry at that age. Cannes was about to sign him. Where was M. Grimaldi ? Those videos of the gifted boy at age 5 weren’t available to him?

Wenger tried very hard to sign him and Mbappe himself said how close he was to joining us.

Come on–with the single exception of Pavard, there were no even relatively unknown young players on that France squad. I think this is just another “why didn’t we get Kante before Leicester.” Well, for the same reasons PSG, Barca, Real Madrid, or Man United didn’t. It’s not 1998–every big club knows about every promising player in the second and third division of every important league. Kante (and I hope, Guendouzi) is the exception that proves the rule.

C.B.
Reply to  A Different George

Why didn’t we get Kante or Griezman or others before they were famous? Last French stars we got were Kos and the HFB. It’s about knowing about them earlier than the rest. What changed?

Because Arsene didn’t believe in them. Strangely he knew about the Kante, Mendy , Lemar, Mbappe, Dembele very early. All those players have a mix of power and skills but in his latest years he turned away from that mix and tried to imitate the tiki taka Barca style. To the depressing results we all know.

He always played with the tika taka style even before Barcelona. We won all our trophies playing that way but in latter years he didn’t have the class of players who could play it well.

No we didn’t. We played a mix of powerful, direct play and counterattacking football. There were moments of awesome skill certainly, but it wasn’t based on trying to bore out opponents to death passing it around. That came later.

I feel it’s more to do with those closing the deals at the club than the scouting system. Griezmann for example came through the Spanish system as no club in France would take him, so would have been tough for our French scouts to spot him as a kid. Even so, the player admitted we tried to sign him when he was a relatively unknown at Sociedad, but we dallied/messed around as we tried to get Suarez. Didn’t Wenger also admit we were trying to get Mbappe before his breakout season, but were unable to find an agreement with Monaco?… Read more »

Didn’t we sell Giroud, have Koscielny who was injured and try to buy Mbappe for 2 years?

But then who will we have to consistently fail to spot the best up and coming French talent??
[tongue-in-cheek]

Guendouzi along with Mavropanos have shown us there are still bargains out there in the right price range. To be honest, I’m starting to feel like the likes of Welbeck and Elneny are a waste of space.

Neither of those were Grimandi’s finds though. Guendouzi was via emery and mavropanos via sven…

Incorrect. Everybody in France knew about him. He was a big player in the France U19 team. Had he not changed club, he would have gone to the Euro U19. The coach of France U19 lamented the fact that he had to change his plan at the last minute. Matteo was in contact with Arsenal since January. Exchanges accelerated when he fell out with Landreau the Lorient’s coach (IT seems that half the team fell with Landreau, Hence his sacking). Matteo has the choice to either go to PSG (his original youth club that he left when refuse give him… Read more »

Off topic – Does anyone with a Red membership have an idea of how quickly tickets go from Arsenal website once they go on sale? Do they sell out in a few hours? They go on sale at a weird time in my time zone and don’t want to miss out. Thanks for any input

Depends on which match- If it’s against a bigger club they normally go very quickly and I think (and may be off the mark) there are less put up for sale to red members. There are normally quite a lot floating around the ticket exchange if the game is against a lesser club (ie West Ham, Fulham, Spurs*) though, and you can normally pick them up until the day before the match. I haven’t renewed my membership for the last couple of seasons, for fairly obvious reasons, so may be wide of the truth on a few of these. *Spurs… Read more »

Thanks very much for this. I’m looking at Everton and Watford home games next month. I’m thinking I’ll wake up at 5 AM my time in order to secure them. I appreciate the advice

I don’t think you’ll have too much trouble with those games. If they do sell out there’ll be a bunch of season ticket holders posting on Ticket Exchange or @arsenal_tickets

Depends on how many tickets you want. If it’s less than 3, I’m pretty sure you’ll get them, you just need to log on about 30mins before they go on sale. Don’t refresh/exit because the red ring isn’t moving though just be patient and wait for your chance to come round. I made that mistake for West Ham (it’s a new system since I last purchased any tickets and it looked like it had timed out) and ended up not getting on until an hour later.

Blogs, the Wenger hyperlink is going to the Wilshere article.

Grimandi has been excellent for us. BUT over the years (particularly following City’s entrance into market – the operating environment for our scouts has got more difficult. We should remember : 1) Where Engelund were allergic to all things foreign when Wenger first took over, they shed this self professed inhibition very quickly with new foreign managers, oil rich tycoons and in general the redistribution of TV wealth affording even teams in the championship ability to buy from abroad. 2) We faced a double squeeze in market. We were pushed out of the very top with City, Chelsea and PSG… Read more »

I don’t really care if we lose Grimandi. I don’t think he’s all that great as scouts go. Sven will no doubt find a replacement easily enough.

Agreed. My understanding is that Grimandi watched Kante once and decided he was not good enough for Arsenal, and even after being asked to go back and take a second look, was still of the same opinion.

Incorrect. He decided that he was not ready at the time to directly slot in the first team. Which he was not. He took him a while to get in the Leicester squad. The surprise was that once he was in the squad, he got better and better.
Most of Kante past coaches said the same thing. He is like a sponge. Once he learns about the system and his teammates, he will exceed your expectations.
Most players can’t make the leap from France ligue 2 to English Premiership top 4 without requiring time and adjustment.

In terms of defenders alone, we were late in the game for Clement Lenglet who was grabbed by Barcelona. I mentioned early summer he should be the sort of Cback we needed. Instead the club went for the Greek statue to complement I suppose the German one we have. Part of the problem is not just scouting but the decision making of the people in charge of buying (shan’t mention the name) In January I mentioned that we have NOT bought to the best of our ability in accepting : 1) Aubameyang. We did not consider strategic implications. Even if… Read more »

The problem with Sokratis is that we needed a dominant, but agile and quick left side centre back, basically a young Koscielni. The agile and quick part got lost in translation with Mislintat. To be fair to him there is not a lot of those and they are quite often quickly snapped. All the good young ones in France ligue 1 left for Spain and Germany as soon as the window opened. By the time, the new coach was installed they were already gone. Also Unai Emery does not have a good reputation in France. None of the PSG players… Read more »

You’re using Hatem Ben Arfa as an example of how bad a manager is at man-management? He hasn’t got on with a single manager he’s played under. Presumably because he’s an enormous bellend.