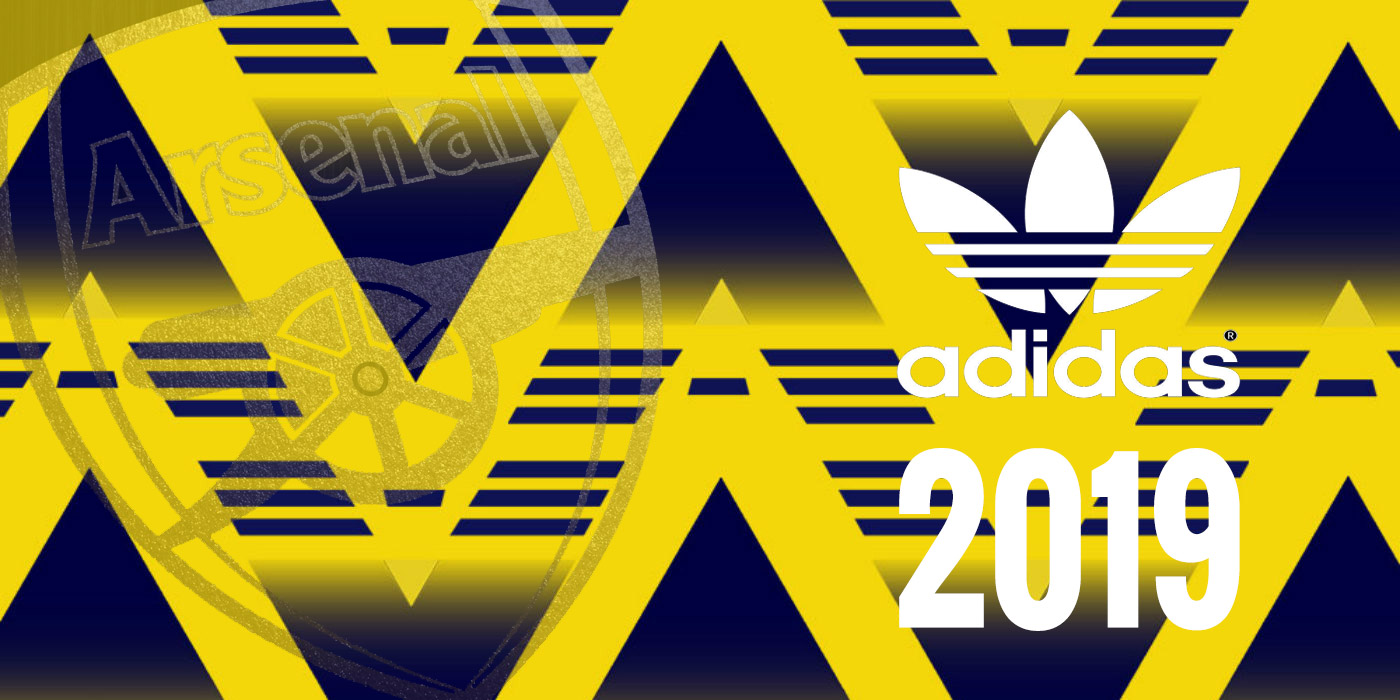 If you’re a regular reader of this website, or a listener to the Arsecast, you’ll be well aware by now that our next kit manufacturers are Adidas.

The current deal with Puma runs out at the end of this season, and given the last set of kits they’ve foisted upon us nobody is going to shed too many tears about that.

So while the Adidas link-up has been well known for a while, it hasn’t been made official … until now.

There’s no more detail at the moment, but it is likely to be a more lucrative deal than the one signed with Puma in 2013, hopefully boosting the transfer coffers as we look to build a squad that can challenge for the title.

So, prepare yourself for a bruised banana away kit in 2019-20, or at least a return to traditional yellow and blue, as Adidas give the people what they want.

Not a fan of the currents kits. I won’t bash puma but I’m looking forward to the Adidas kits. It’s been a while since I liked a kit enough to want to buy it.

But I would bash a banana

You sir, are a banana-basher!

It’s not a big deal at all but the Puma kits have annoyed the shit out of me over the last few years. they look so cheap and are terribly designed. This will have us looking elite again.

Agreed! This seasons home kit is the worst kit I can remember.

Our last kits that I bought and enjoyed were the 2007/2008 away and third kits. Oohh That’s 10 years ago already, wow how time flies

Anders B
Reply to  Berlingoon

Haha me to I had cesc on my faux brace shirt woops, maybe the bigger mistake was having Bendtner and Vela on two of my other shirts

They can do a better job by doing less and upholding the traditions of the kits.

Good stuff! I think the first couple years we could have some good kits, after that they’ll probably start doing random stuff to them – look at Utd’s home kit for example, gradients, black shorts, red socks. I doubt any of their fans wanted that.

Nor the pink away shirt

YES YES YES!! Just the one request: Stop experimenting with weird shades of red on the home shirt. Give us the traditional Arsenal red please.

Totally agree. The shirts should be sounded out with fan associations instead of the lunatics we’ve run with lately.

Similarly, the leisure wear and warm up items should be capable of being worn to something other than RockyHorror parties!

The deal United signed with Adidas was quite lucrative if I remember correctly. Around 300m. I remember United fans saying they were going to become huge because of that deal.

Didn’t really work out for them.

How can you say they give fans what they want when they shove those damn three stripes on everything?

Don’t give me the “But that’s their brand,” excuse, either.

But that’s their visual identity.

To be fair I think putting your brand on a shirt is kind of like, you know, the whole reason they’re paying Arsenal hundreds of millions of pounds.

You make a good point, but unfortunately 3 stripes = Adidas. It’s like expecting Arsenal gear without a cannon… Some might be pacifists, others might prefer a knife, but if it’s Arsenal it means a cannon!

Back in the Big Time.

Pedants point: adidas starts with lower case ‘a’ – not a capital ‘A’

Bring back the bruised banana kit! If not on the pitch then at least in the Arsenal club shop! Best kit ever! You either love it or hate it, I personally love it.

All I can picture is Wrighty’s weird robot dancing celebrations……

While the Puma kits have been going down in quality (with this year’s being an obvious low) I really hate the Adidas insistence on shoving their 3 stripes on everything. I hope that isn’t the case with our future kits. And if we could lose the idea of a sleeve sponsor (obviously this isn’t the decision of the designer), then that would be great.

Yes, there’s not too much of the shirt left without name, number, PL badges, shirt sponsor, shirt maker, obtuse sleeve sponsors etc to have an actual design on it now.

Look at the Mexican league mate. There is always room.

All Day I Dream About Shirts being far more appealing, hopefully ADIDAS can remedy this.

No doubt it’s purely about money when it comes to who the manufacturer is but Puma make awful quality kits regardless of the club.

Well, hope I won’t be paying bananas and getting peanuts.

Maybe this means no mint green third kit, or black and pink, or just third kits in general. No team should ever need to play in their third kit. Red and white for home, blue or yellow away. Simple.

“Adidas give the people what they want.”

“Adidas give the people what they want.” Have you seen United’s pink away kit or Chelsea’s weird off blue thing with bright orange socks??

That’s a Nike kit that Chelsea have, thankfully

Quick point, unrelated to the topic but why do you have the oldest comments at the top when it surely makes more sense to start with the newest ones? Or is that just me?

So you get to see the replies before the post they reply too…???