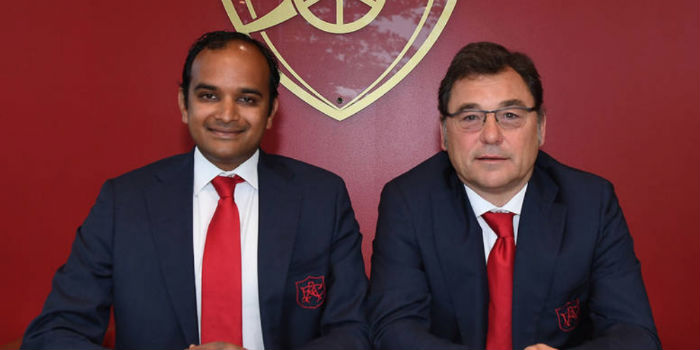 This week reports from Italy suggested that Arsenal were interested in appointing Juventus’ executive Beppe Marotta as a replacement for the soon to be departing Ivan Gazidis.

The Arsenal CEO will leave after nine years at the club to take up a role with Juve’s Serie A rivals AC Milan.

However, Arseblog News understands that the club are not seeking to make any such appointment having already decided on a restructuring which involves Vinai Venkatesham and Raul Sanllehi.

The former is the new Managing Director, with a focus on the business and commercial side of the club, while the former Barcelona Director of Football has become the new Head of Football for the Gunners, and his responsibilities are obvious given his title.

While Josh Kroenke is likely to become more involved, there are no plans to appoint a CEO directly, leaving Venkatesham and Sanllehi to take control of their respective departments with oversight from the board.

For more on Sanllehi, check out this week’s Arsecast in which I discuss him and his work at Barcelona with Dan Hilton of the Barcelona podcast. Links to listen, download and subscribe are below.

Sounds more like his agent trying to imply that he is in demand rather than Arsenal being after him.

It can’t be… That’s never happened before!

Ah…bollox. Thought I was going to get excited by board level appointments. My dull fucking life!

Because it’s cheaper to not appoint a new 3.5m a year CEO.
Even if he was THAT good.
Classic.

That’s what I thought.

I thought Vinai Venkatasham was just promoted to MDirector and Sanheli was getting a bump up too.

BOTH rumoured to be working on bringing in Cristian Pavon from Boca.

If this is true it may be signs of change from what Mslintat has been clowning around with.

Clowning? Because Sokratis hasn’t been our best CB? Or Torreira being a massive flop? Or Leno didn’t have an amazing performance last night? Let alone the fact that Greek kid looked more than decent end of last season?

Get out of here.

I speculated as such in the last news link. It made no sense.

Jive have done well in terms of assembling a very good squad and manager. It would have been good to get the CEO who oversaw that.

However looks like we are going a different direction. Hope we become genuine title contenders in the next couple seasons else we will clearly know the ambition of the club.

Look at you with all your jive talkin’!