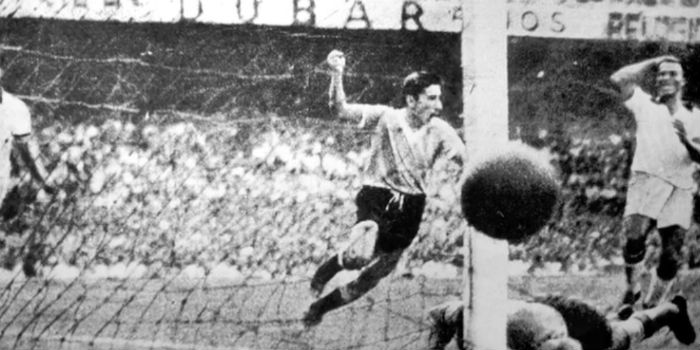 Arsenal have confirmed that Emirates Stadium will play host to Brazil and Uruguay when the two meet in a  grudge match on Friday, 16 November.

All being well the match will pit our very own Lucas Torreira against the likes of Neymar, Philippe Coutinho and that lad at Liverpool with the really bright teeth.

It should be a feisty affair, those of you of a certain vintage may remember that Uruguay produced one of the great World Cup upsets in 1950 when they beat Brazil in the ‘final’ at Rio’s newly-built Maracana.

The match, which was played out in front of 200,000 locals, has gone down in history as the Maracanazo, which roughly translates as the great Maracana blow.

Not long after, Brazil binned their all-white ‘unpatriotic’ uniform and, after the running of a kit design competition by newspaper Correio da Manha, switched to their famed yellow and green jerseys. They’ve been a tad more successful since.

From what we can tell (we spent 10 seconds on google) Uruguay have won only 9 of the 44 games played between the two nations since 1950 and they’ve not registered a victory in 17 years.

If you fancy seeing if Lucas can stop the rot, tickets start from £15 for concessions and £30 for adults. More details here.

Here’s hoping our Lucas comes out of that unscathed, or better still, and probably against the ambitions of the man himself, does not feature in it at all. Let the Neymars and the Suarezes (thats the plural of Suarez right?) get into each others hair (and shoulders or necks or wherever the meat is good), just leave our Lucas alone!

Would be a great match to watch.

Mannnnn it’s my gf’s birthday that day and not only can I not go to the game, but I have to take her out to an expensive restaurant for dinner…..

Oh damn. Do you think I can go instead of you? To the game I mean? Will you book me a flight ticket from Kolkata to London? It’s my birthday month too, November.

Take her to the game with you and buy her a burger and chips at half time…..2 birds, one stone 😉

I think he will need to give her a stone after pulling that stunt on her birthday!

There’d be a few raised eyebrows if Suarez did that

The plural of ‘Suarez’ ought actually to be ‘Suareces’, as Spanish grammar dictates that when a word ending in ‘z’ is pluralised, the ‘z’ changes to a ‘c’ and is followed by ‘es’. You’re more than welcome.

“Yo soy celeste, celeste soy yo”

Hopefully Uruguay wins, would love to see them end that streak at the Emirates. I’ve been reading comments on this site for years, hilarious that my first post ever isn’t Arsenal-related ?

I think that match in 1950 ended in a draw, and was not an out and out final. But then again, I’m just being boring, and no one cares at all really. Also, beer is a good invention, and Lucas Torreira is a likeable lad.

A Different George
Reply to  Joakim

No, Uruguay won the match; Brazil needed only a draw.

I can assure you most of the 3+ million Uruguayans care that it ended 2-1 in our favour… While it’s true it wasn’t a final proper, it was the last game and decider as whoever won would be champions.

“that lad at Liverpool with the really bright teeth” = Gilbert Gottfried.

Weren’t these the kinds of games Spurs were supposed to be holding in their fantastic new.. Oh.

these two disgusting teams deserve to be playing in some park, not at the emirates