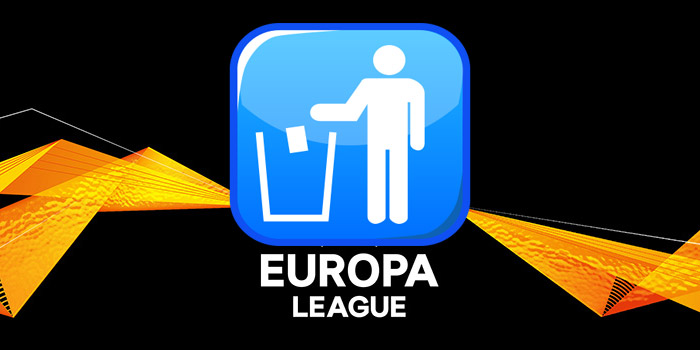 This Europa League week gets weirder and weirder. After Ukraine declared martial law due to an escalation in tensions between themselves and Russia, UEFA decided that the game due to take place at Vorskla’s home stadium in Poltava would be move to the Olimpiyskiy Stadium in Kyiv.

Now, reports this afternoon suggest that that game itself could be in doubt after the ‘home’ side say they’ve received no confirmation from the stadium that it will be hosting the match and issues remain over ticket sales.

A spokesperson for the Ukrainian club said, “The Olympic Stadium hasn’t given us any kind of confirmation or any other kind of answer.”

Arsenal travelled this afternoon with a fringe squad because of upcoming Premier League commitments, with a host of youngsters making the trip alongside a handful of experienced players.

Let’s hope they’ve got a game to play and the fans, already inconvenienced by the change in venue, have something to make the journey worthwhile.

Cancel the match – both teams to get 1 point each.
And if we win the home game, we top the group.

Move focus to the league, bring on Spuds and Utd!

nonsense. what would Qarabag and Sporting say? imagine vorskla gonna finish ahead of them because they couldn’t offer a ground to play. there are bonusses to pay as well for finishing 3rd or 4th.

Rubbish. Apart from the fans (both home and away) who’ve paid to watch the match, I’d like to see a bunch of reserves get play time.

When it Ukraines it pours

It Is What It Is
Reply to  Bilbo

Crazy situation from all angles. If the game isn’t played we should get the points as compensation for the hassle of going.

Let’s play it in Buenos Aires

See what Putin has caused!

Hardly his doing. The Ukrainian authorities are utter shite. Incompetence everywhere – I’m pretty sure the lack of communication with Vorskla is a mistake rather than any consequence of Russia’s aggression or martial law.

someone else been brain washed

UEFA appears to have moved the game single-handedly, disregarding the fact that Lviv, not Kyiv should be a backup location. It’s only natural that havoc ensued.
Being a Ukrainian and knowing how the things work, the whole martial law situation might have been a good excuse for Vorskla in case they weren’t able to maintain the lawn properly because of winterfalls. I couldn’t possibly know, but judging from experience and pictures from the ground.
That said, Ukraine is absolutely safe to go to at the moment, be it Lviv, Kyiv or Poltava.

The team that travelled would have benefited from playing the game.

From a wider perspective somethings are more important than football, well Arsenal even.

When they moved the match, maybe they should have just moved to our home ground and we could have used the away dressing room if it helps 🙂

To be fair it should be played at a neutral ground, like Spurs… Oh sorry I forgot — they haven’t got one!

A walkover and nominal 3 Zip victory, scrap the extra train journey ,and promise a refund to travelling fans. Recon they’d be downing a few Stollies then! Fans that is. Low cal juice for the players of course.

What are you talking about? UEFA penalizing the host team because Vorskla can’t confirm the venue to which UEFA moved the game by its own decision?!

Surely UEFA confirmed to both teams that the match was now going to be played at the Olympic Stadium in Kyiv? If that is the case, why do Vorskia need additional confirmation from the Stadium itself that the match is to be played there? I get that there may be additional issues regarding transportation for fans, match day tickets being accepted at the alternative new venue and so on, but surely, first and foremost, Vorskia need to get their players to the Stadium on time, and prepare for the match accordingly? Or is an excuse to call of the game… Read more »