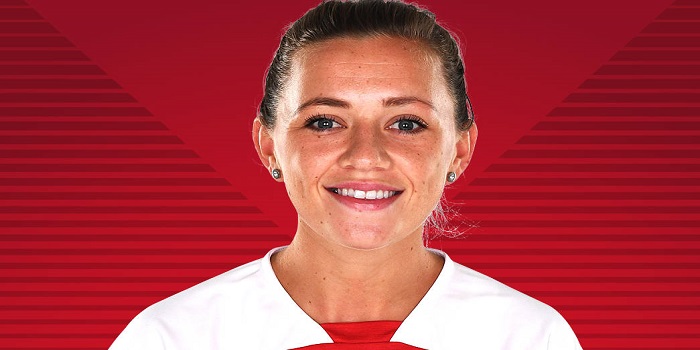 On showing character to win the game late on….

We were very slow starting tonight, but we’ve shown great character and great resilience at the end to win it. Like I said to you before we started recording, when you believe in your team you always think you can win and that keeps you going right to the end. We’re so happy to go into the semi-final now.

On slow starts becoming a theme in recent games….

Because of injuries, we’ve had to chop and change a lot recently, which has been unfortunate for us, so it’s been difficult to get going. But the scorelines recently show you that once we do get going, we are really hard to play against and we make it count. But we’ve got a big game against Chelsea on Sunday and we’ll look to put that right because we need to start better. We’ll rest and recover and then get to work on the training pitch to sort that out.

On Joe getting animated at half time…

It’s actually very rare that Joe gets angry, so when he does you know we’ve not done something well enough. He was a bit angry at half time but we went out and showed what we were capable of. We created chances and we knew it would come, we just didn’t know how late it would be.

They’re one of the hardest teams to play against, especially in the first half tonight. Whatever the occasion, you know you’re going to get a tough game against Birmingham. They’re a really well organised team. But we stayed patient and kept trying to play out and we were able to dissect them in the end.

On her assist for Miedema’s late winner…

When I get the ball out wide and I see the defence split and Viv make the run into the channel, I’m going to try to play her in, no question. We tried to do it a few times in the first half but Birmingham read it well. But in the end, I think maybe they had tired legs and we got her through and you know she’ll finish it off once she’s through. Semi-final here we come!

SCENES AT MEADOW PARK! ?@VivianneMiedema rounds Hampton and fires the ball into the back of the net ?

We’re the holders of the Conti Cup and we want to retain it. We want to win everything possible, the league, the FA Cup, the Conti Cup. Sunday is the big one now and we focus on the league again. We’ll rest up now, but tomorrow we’ll have a look at where we can improve and get ourselves ready for Chelsea.

My favourite player does it again. Danielle van de Donk is such an amazing player and this season, she is showing her full potential. Can’t wait for champions league football next season, we are showing real signs of being a dominant force.

With deep respect but I think because of the lack of interest the women’s football should be published on another website.

It’s the Arsenal and it’s football. That it’s just a different gender shouldn’t justify moving their news to a separate site.
Besides, it’s your lack of interest so speak for yourself.

I for one probably wouldnt be so aware whats going on with Arsenal Women if not for this site and I would unlikely go to a separate website. I’m enjoying seeing the womens football on here. They are having a fantstic season, and appear to have some really talented players. If you have no interest, ignore the articles – simple.
Keep up the good work Tim and COYG.

Unless the women’s games get primetime publicity then the interest will not grow and the BBC and BT Sport should be given credit for showing WSL games live albeit that you have to study the schedules closely to find which ones. This site is for discussion about Arsenal Football Club in its entirety from the Boardroom to the pitch and the Arsenal Women team being at the top of their game despite a small squad ravaged by serious injuries have every right to the coverage they receive. Thank you Arsebloggers for making it so!

If you don’t have any interest in women’s football, the easy solution is for you to not read the stories, and leave them for the many people who are interested.

Good win to keep the momentum going. Hopefully we can carry on and get a good result Sunday.

Another good win and a step closer to some silver for the cabinet but please can we kill games off a little earlier than the final 6 minutes you give me a dodgy ticker!

Still having problems with the squished pictures on the Women’s articles, I see.

PS – agree with Devlin – DVD is great. (She’s got a bit of niggle about her too, which never hurts.)

Only if you are on the receiving end of one of her tackles!