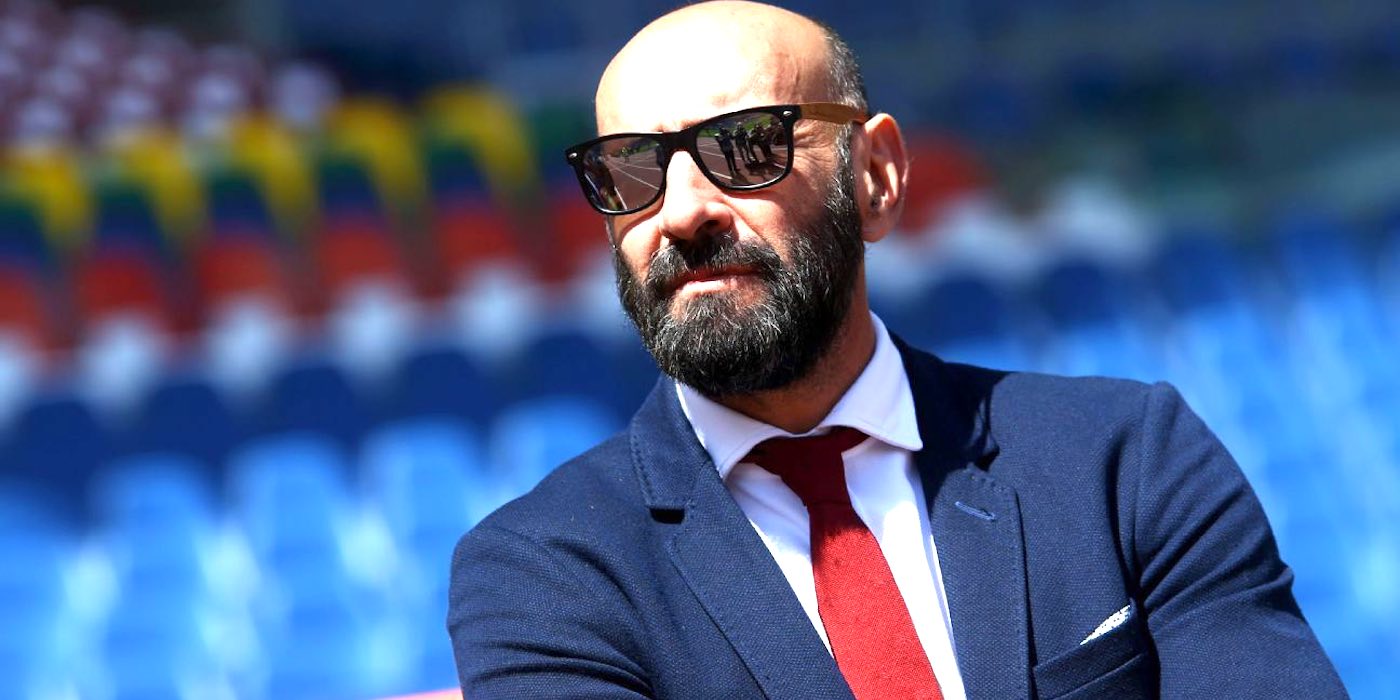 Over the last week or so Arsenal have been linked strongly with a move for Monchi as the club looks to replace the departed Sven Mislintat in the recruitment set up.

He’s currently at Roma but apparently weighing up a substantial offer from the Gunners to fill that gap, and link up once again with Unai Emery with whom he worked at Sevilla to good effect.

As expected, the Arsenal head coach was asked about the potential reunion at his press conference this afternoon, but refused to be drawn into the story in any great detail.

“My focus, the players focus and the coaches focus is each match. The club is working on how we can improve, how we can be better in the present and the future with the people working for us.”

However, it is the kind of structure he is familiar working with throughout his career.

“I was usually working with a sporting director in all of the teams,” he said.

“When I arrived I was working with Mislintat and I worked well with him. The club is working for change and after he is leaving for the possibility to continue with this structure.

“It is an issue on which the club is working.”

Last month Emery did sound keen on hooking up with his old mate again, saying, “I worked very well with him in Sevilla for three and a half years, and very well too.

“My relationship with him is good.”

Our understanding of this story is that the club are serious about Monchi, this goes way beyond speculation in the newspapers, and he is 100% the first choice for the job.

Essentially, if he’s up for it and if Arsenal can find an agreement with Roma to settle the last two years of his contract there, this is almost certainly going to happen.

Compensating for his lack of hair

Then what is a beard?

Can also be a euphemism for lady parts

Isn’t it when you’re married to a lady but secretly gay? Also associated with a hint of lavender….

The cynic in me reads the ‘substantial offer’ part of this story as “KSE sanction another deal for executive when playing staff needs greater investment.”
C-suite level appointments are great and all, but when they require lots of cash to get the deal done (especially in the wake of KSE’s demands that other areas cut costs) it leaves me nonplussed.

This better work. And fast. Time is running and I expect a quick and efficient transfer dealing this Summer.

Wow!! Lets not scare him away before he even gets here eh..

I hope it doesn’t drag out, over and back, like some game of monchi tennis

If we’re not moving forward on all fronts– all the time– then what’s the point?
AFC (KSE/Josh) need to drop the cash– more so on an operator like Monchi than any middling signing to the roster.

If KSE’s methods with their US sports interests are an indicator– we’ll make the deal and not quibble over a few lire.

NBA and nfl are totally different. Eventually because of the draft you’ll accumulate enough good players to make a run. How many years have they sucked before this success?

The primary reason for squad investment in the rams is due to the massive taxpayer giveaway they got from the city of Los Angeles.
There is one player carrying the Nuggets this season, jokic. He has been a revelation, and came from basically nowhere. Look at son josh’s track record here with players on the Nuggets and you’ll see he often looks to cash in on them after a standout year.
Something else to consider is both of these leagues operate with salary caps and have no threat of relegation.

Thats far too big of an oversimplification. How many times have the browns or detroit been to the playoffs and theyve sucked for decades. Most important to the rams success has been making mcvey head coach.

I’m not exactly sure what happened with Mislintat, but signing Monchi would be a huge “save” under the circumstances. This is a great development for Arsenal.

Bloody Mslintat working to his own end ingratiating himself to old contacts and low hanging fruit.

We need someone who speaks Unai’s language.

I thought I had read previously that his contract was up at the end of June this year. If his contact is indeed up in 2021 and we have to pay Roma to sign him, then I’m not optimistic at all that we will get the job done. Roma will demand a fortune and that will be a huge chunk from our transfer budget. Maybe it doesn’t really work like this with sporting directors though. Did we receive any money from AC Milan signing Gazidis?

There’s been talk of £3m and as little as £1m for Monchi, but who knows. As for Gazidis I think we were just happy to see the back of him, although allegedly he’s been returning to nick some of our staff.

I read somewhere there is a £2m buyout clause in his contract. That would help simplify things.

Jays us everyone calm down. We’re in fourth place in March and into the last 16 of Europa. This is objectively a good situation we find ourselves in with the best final stretch fixture list of all the top 6. Subjectively it hasn’t pretty and that gets people nervous but some of the panic on here is simply unmerited.

As for executive hires – they’re investments. A strong executive group makes the club much more capable and competitive as a unit.

Well its february but apart from that your spot on

I am more curious about why Sven Minslant is leaving… Lack of ambition shown by the Board perhaps?

Sven’s been gone for at least 2 weeks so that’s old news now. He clearly didn’t fit in with Raul’s vision for the club!

It would seem that a good scout does not necessarily make a good Director of football and that is what he wanted / was probably promised. Like any big boss you want to bring in your own people and this is probably what Raul is doing.

Lack of a healthy beard.