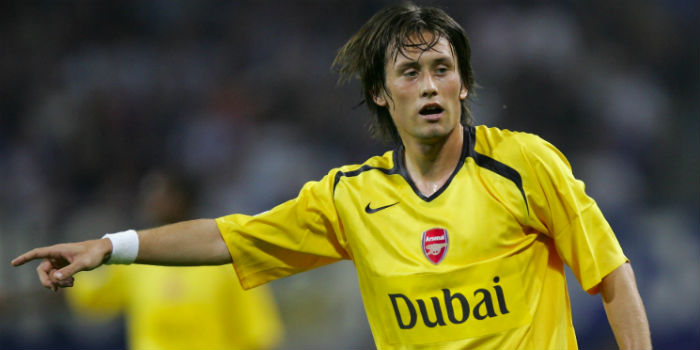 Unai Emery will take advantage of a gap in Arsenal’s playing schedule to take the first team squad to Dubai for a warm-weather training camp.

According to Football.London, the Spaniard has organised, presumably with the help of our marketing department, for the players to travel to the Emirate for a few days after Thursday’s Europa League game with Rennes.

Due to Wolves’ participation in the FA Cup our match at Molineux, originally scheduled for 17th March, will be played at a later date. It means we’ll have an 18 day wait before Newcastle United visit on 1st April.

There’s a suggestion, yet to be confirmed, that the training camp could take in a friendly match against a local side. We wouldn’t be surprised if a few of the lads also called in on our regional soccer school. Boat parties, at which players pick up mysterious coughs, are likely to be purely optional.

As far as we can recall, this will be the first time, certainly in the Premier League era, that Arsenal have embarked on a mid-season training camp. It wasn’t really Arsene’s style to leave behind the home comforts of London Colney.

Depending on whether we turn around the 3-1 deficit on Thursday, we have between eight and 14 games remaining this season.

Antony Adler
Reply to  Jack but

Is there anything, ANYTHING, less interesting than someone saying “first” ? It’s 2019 ffs.

I came here just because of the little Mozart’s pic. And I love it.

I like your thinking. Anyone know why we had Dubai on our shirts that match? Was just a one off game away to Hamburg I think, I’ve watched Rosicky’s goal from the game many times and always wondered why the sponsor changed

I think it was because Hamburg used to have the same sponsor at that time. Maybe just to avoid a „clash of spnosors“. Marketing strategy perhaps.

I believe UEFA rules are that the two teams in a match can’t have the same sponsor or logo.

Didn’t we play AC Milan when they had Fly Emirates on their kit?

Shame this break has come at a moment where we are gaining momentum but I’m sure the squad could use a break. If they can rest up and come back firing on all cylinders then we should be confident of progressing in the Europa League and finishing in the top 4.

Goonereality
Reply to  Gareth the Gooner

The players could well benefit from a break in the sun but before that they’ve got to get passed Rennes. If we don’t, it will be a real negative to be out of the running for all trophies by mid-March. The whole squad needs to focus, game in and game out, which they certainly haven’t done in 2019 so if a break can help, fine.

Lose on Thursday and it’s Bognor not Dubai!

Can’t do any ham as there’s not much else to do if there are no fixtures. We’ll know before any break if our season is, trophy-wise, over by mid-March. Hopefully we can pull it back against Rennes – but simply writing that shows how far we’ve come down, doesn’t it. Win or lose though, hopefully a few days in the sun will help.

They can’t do any “ham” in Dubai I’m sure about that.

Probably a minority view, but it bothers me quite a lot that we should completely ignore the political and social realities of the regime in the UAE, as well as the murderous war they and their allies are prosecuting in Yemen. I don’t like that they own Man City, I don’t like their airline’s name on our shirts, and I would rather Arsenal train at home (or someplace like Portugal if it’s a question of weather), rather than add one more small bit of acceptance.

SizC
Reply to  A Different George

It’s good to see that your bothered and the club acknowledges your concerns, that’s why we advise people to visit Rwanda. We play with our hearts on our sleeves!

A Different George
Reply to  SizC

Right, I don’t like it, but it’s an advert, not an endorsement, and everyone understands it as such. More to the point, the sponsorships are not decided by the sporting side of the club–but the trip to Dubai is fairly attributable to Emery and his staff.

They. should visit Rwanda and play in front of president Kagame such an honour.

facts
Reply to  A Different George

Are you equally bothered that england, where the Arsenal resides, is one of the country that supplies said regime with the very arms used to prosecute Yemen?

Or maybe you show your disapproval when we played in US, the biggest arm provider in the world and number one backer of israel that until this day prosecuting palestinian?

Nice bit of whataboutery there. Doesn’t make the UAE ruling parties nice though. Modern slavery, homosexuality being a crime, as well as pre-marital sex, what else do you want to add to the list? And yes, we should think about having Visit Rwanda as a sponsor as well (but I guess that would undermine our efforts to “expand our customer base” in east African countries). Clearly corporate social responsibility isn’t something that the owners of Arsenal could give two hoots about. And yes, selling weapons is bad (I know that now, having watched The Last Jedi – thanks Rian Johnson)… Read more »

I am fully aware of Britain’s arms dealing and, indeed, of its history of colonialism. Being an English club playing in England does not in any sense endorse that. And that is the point: going to Dubai is something different, even to having a UAE entity as our stadium and shirt sponsor, however much I dislike that. It is not just an advert, it is saying: “this is a normal place, like any other country, it’s fine to train here.” And it isn’t.

Let’s pray they get a Sheikh to buy our club from Silent Stan.

Bitta vitamin D for the lads