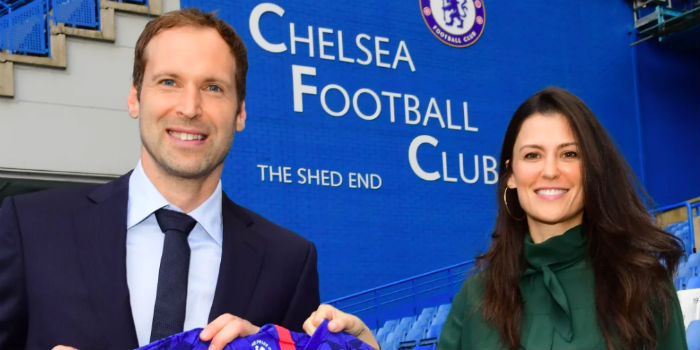 Chelsea have confirmed that Petr Cech has rejoined the club as their Technical and Performance Advisor.

It was widely reported in May that the 37-year-old would be taking up such a position having already announced he would retire this summer. Cech played his final game as a professional in Arsenal’s 4-1 defeat to the Blues in the Europa League final.

After that game, he said of his future, “Until the 30th June, I’m still an Arsenal player. People forget that. Until that point, I won’t decide anything.”

This announcement comes nine days early, but after such a stellar career I think we can all forgive him.

Speaking about his move, Cech told the official Chelsea website, “I feel very privileged to have this opportunity to join Chelsea FC again and help create the best possible high level performance environment to continue the success the club has had over the past 15 years.

“I’m looking forward to the new challenge and hope I can use all of my football knowledge and experience to help the team achieve even more success in the future.”

We can only thank Cech for his four years of service at the Emirates and wish him all the best for the future…while also hoping he brings Chelsea a lifetime of bad luck and suffering.

He’s a really great guy and I really liked him.. what a true professional and by all accounts saint like in his his decency… Of course now he’s a rent boy and that’s the end of that

Plus he’s too nice for Chelsea

Now he’s fucked off to Chelsea i hope Emery can see the folly in starting him at baku.

Him and the lady doctor were the only good thing about chelsea in recent years.

‘Him’ can stay at just that.

A consummate professional…dead to me now though!

Leno me, I’ll be your friend
Reply to  Francesc

At least he is skilled at wearing two hats at the same time.

not gonna wish him luck, but hope he’s happy

…”Rejoin the Dark side of the force.”

Next year will be Giroud’s return to Arsenal as Appearance Performance Advisor.

or Head of Grooming

Given all that’s gone on in football over the years, I think we really don’t want to go down that road…

The secret agent has finally gone back to base.

Other clubs bring their meaningful players back. There are talks Chelsea can appoint Lampard. In our case, Wenger wanted our absolute legend to give up millions a year to become deputy coach for U18. They never tried to bring Berg back to the club either. The Brazilian to become technical director was no meaningful member of the club. Plus, he left for a more lucrative contract. Wenger wanted Freddie to stay one more year and see if another one-year extension was possible. Freddie decided to go to West Ham. To the contrary, Bayern brings back their very best (Rummenigge, Beckenbauer)… Read more »

Transfers, transfers everywhere… What an eventful transfer at AFC! Keep what we have, stick together and sing happy a song!

It’s widely perceived we got the business done early last summer, and yet we haven’t signed anyone right until July 1st.

No need to panic… yet.

The World Cup did play a big part in that. No excuse for players not signing at this time, except maybe, holidays.

He’ll never have to wear that helmet again. Apart from in those “Legends” games if he can be arsed to play.
Always found him to be amiable. I was so chuffed when we finally got him and he was a good servant to the club. Shame he couldn’t have won more with us.
A fine keeper until the end, even though he was not as good as he was before he joined us.
Now he’s gone back to them though I hope he contributes to their downfall, in the nicest possible way…

You must be someone really special to be a long standing legend of another London club, to then go to another london rival with love from his original club fans, be part of the team that lost a European final to his original team, then a few days later announce he’s heading back to the original London club, with his current London club fans wishing him well.

Well i don’t like him at all and i have no respect for him and i dont care enough to wish him anything so not all Arsenal fans wish him well.

Says more about you then him tbh..

Yes it says unlike you i don’t have a loser metality.

Actually it makes you sound more like a loser.

Cech was a decent signing at the time and a good guy to have around the club. He probably hung around for a season too many but, hey. Talking of transfers, it’s deeply worrying that so far there have been no significant arrivals. Where are the three defenders who we desperately need to make us firm at the back? And the creative/attacking midfielder to replace Ramsey? And the winger? So far the only potential signings seem to be kids for the future. And why haven’t we got rid of the dross like Mustafi, Ozil and Mkhitaryan? An easy way to… Read more »

Window (to sign players from abroad) opened 10 days ago.

We haven’t got rid of them because no one wants them on the wages they currently earn and they probably don’t want to agree a reduction with anyone to move on. They all earn more than they’re worth. To get rid of them we would have to probably pay off their contracts which wouldn’t be at all economical given we would be handing them 10s of millions we don’t have.
I think we’re probably stuck with all three of them until their contracts expire.

That Troy Deeney penalty save though! My fav Cech moment.

With the transfer ban, they might have to play him.

Our very own blue-eyed Wight walker… You belong in the North. I do hope Chelsea is warm enough though! Wish you the very best Pete!

All the best to ya Cech. All the worst to ya, Chelski.

He wasn’t at the apex of his career with us but a great service to the club overall.

Thanks for the FA cups. Best of luck at Chelsea.

Prepared to give Martinez a go at least for one season since we have such a limited budget an priorities in 3 more pressing key areas. Worse to worse if Emery isn’t convinced by Martinez (or Macey), and if Ospina finds it hard to find an agreeable buyer, we can also retain the Colombian. He’s a great reaction keeper if a bit more challenged with commanding the box because of stature. We just don’t need to be dissipating our efforts this summer in all directions trying to fill gaps that are less necessary. The same goes for fullback position. We… Read more »