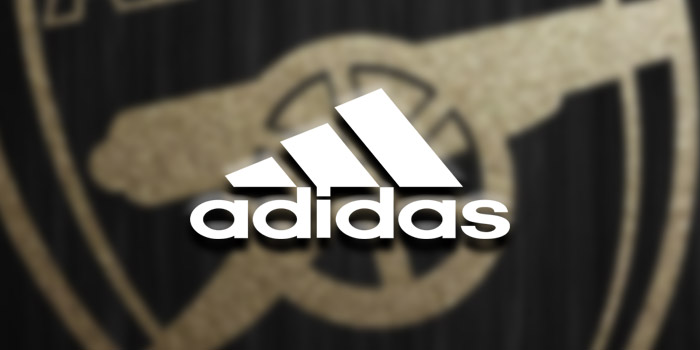 Adidas are set to release a fourth Arsenal shirt this season, however, it won’t be worn by the players on the pitch.

At an event to unveil the new navy blue third kit, Product Designer for Licensed Apparel, James Webb, hinted at the upcoming release.

“There’s something in the pipeline,” he said. “I don’t want to give anything away.”

He added: “Clubs are signing different sponsorship with FIFA or Konami for instance and we have to respect the partnerships there.

“The collection of jerseys that were released last season, they all fit under the FIFA umbrella, but now you see teams like Juventus stepping out.

“So there is something in the pipeline, but it’s geared towards Arsenal, not FIFA.”

A quick thread from this morning’s @adidas event at the Emirates – Adidas say they want a partnership with @Arsenal that is “the envy of world football.” pic.twitter.com/ka7va4qBuq

Since then Juventus have signed an exclusivity agreement with Konami, the Japanese company behind the popular Pro Evolution Soccer games. As a result, Juventus will appear in FIFA 20 under the ‘fake’ name Piemonte Calcio and their official kit and badge will not feature.

Juventus’ new adidas shirts will feature in PES 2020 which is due for release in early September.

Arsenal haven’t gone quite so far as to sign an exclusivity agreement with Konami, but we did recently confirm a three-year extension to our existing global partnership with them. It sounds as though Bayern, Juve and United have done much the same.

We’ve got a feeling that this new fourth kit could well be tied to Konami and PES 2020. Hopefully, they let Hector design it. He’d do a great job.

If we hear anything more, we’ll be sure to report back.

Jesus Christ! I know I’m old, but can’t football go back to be being about football – rather than money making opportunities. I find this totally repugnant.

is it repugnant to have Pepe?

I too am old and miss simpler times. Have a like

I’m not that old, but this is just annoying. Also, FIFA without Arsenal would be crappy.

If you don’t like it? The don’t buy it….. It’s called freewill

Feel free to complain though, as that’s called free speech.

Thanks to capitalism though, the global poverty rate is as low as its ever been, and thanks to communism/Marxism over 100million people have been killed in the last century.

Give it a rest, Rich. But, if you want to play that game: my understanding–though you may know better–is that Germany remained a capitalist economy right until it collapsed as the western Allies reached the Elbe and the Red Army raised the hammer and sickle over the Reichstag. I’m not sure how many millions of people that particular capitalist regime freed from poverty.

The only people who benefit from big centralised governments? Are the bureaucrats themselves. It’s not for the government to put obstacles in our way and tell us how to live our lives, it’s for the government to take obstacles out of our way, so we can live the lives we want to live. Countries that put liberty and democracy at the core of what they believe, have a “minimum” of x500% higher living standards, than those that don’t. There’s a difference between free market capitalism, and protectionist corporatism, and whilst corporatism is bad, it’s still nowhere near as destructive and… Read more »

Dude, you are on the wrong site.
This is Arseblog.
History, politics and global economics do not belong here.

Goontastic
Reply to  A Different George

You can tell George has Marxist tendencies.

A Different George
Reply to  Goontastic

That’s quite a leap you made there, Rich.

Capitalism is for the greedy.
I miss Dennis Bergkamp.

Love to pipe in LordGunner, one of Hitlers goals was to disestablish the world banks as he saw they were beginning to have too much power and control across the earth. So by today’s standards, you support Hitler and are a Nazi! ?

If the 4th kit is anything like the the other three it should be sweet. Just hope the kids don’t expect more than one. ?

What is capitalism?
Let me explain…………….

Lol, Rich, what world are you living in mate?

A Different George
Reply to  Kolkata_Gooner

He read Ayn Rand’s novels and is one of the few people who still take it seriously after they turn 16.

Kolkata_Gooner
Reply to  A Different George

Yeah, then he went and watched a lot of Peterson videos.

It in’t the communism or marxism that kills folk. It is the authoritarianism, despotism, and fascism practiced in those regimes that does it.

So you’re saying the rich are the problem.

Just a shame capitalism and consumerism drives an endless demand for growth and new stuff that depletes limited resources and pushes the planet little by little towards calamity.

Mate calling neoliberals and traditional conservatives fascists only serves to repulse ‘moderates’ and ‘undecideds’ – who we should be trying to persuade – away from whichever brand of socialism you subscribe to.

We should argue against conservatism with reasoned argument and facts, as well as selling our vision for a better world

It also dilutes the power of fascist as an insult, at a time when it’s badly needed against the actual fascists gaining traction..

If only 1/40 people support free market capitalism and would prefer Marxism? Then this country is in a much bigger mess than I feared….

Eduar-do a deer
Reply to  Rich

Someone’s been listening to Jordan Peterson…

Facts are facts. Can’t not be true if it ain’t a fact, no?

indeed worrying times with people like u spreading their dele alli in belief marxism and stalinsim is the same.

Rich.
More souls have perished in capitalist systems than communist ones. but more to the point, opposition to the idea of a fourth kit does not make people Stalinist or Maoist.

I know this is probably against the rules, well I know it is but still…rich mate you are an absolute eeeeejittt. Seriously poverty is not at an all time low and especially not because of capitalism you joker, if you believe that please check your head and the world around you…please dont get me started. My goodness are you actually ok?

Unfortunately this is how we get players like Pepe,

Would be nice, wouldn’t it but football is a business and Adidas pay us a lot of money and expect to get value for it.

I’m old enough to remember volunteering to help repaint parts of the Highbury stands back in the 70’s, when the club had a really rough time for a few seasons. Not likely to happen now – but I’ve got a paintbrush handy!

I think the vast majority feel this way, young and old.

But ultimately it’s down to us fans not to support this obscene commercialism – it only occurs because the demand is there. Don’t subscribe to Sky/BT, don’t buy shirts with sponsors you morally dislike, refuse to pay extortionate ticket prices etc. But like most things, as an individual, you can make next to no difference – even worse is the fact that the minuscule difference you can make disproportionately weakens your own club. And we’re all far too tribal for a cross-club supporters movement to succeed. Oh dear..

Completely in agreement with you. Three shirts is a bit of stretch already, but the new home and away are the best in decades!

A Different George
Reply to  karl

A small example of letting commercial considerations prevail: (I admit this may be my particular hang-up–it annoys me sometimes for the full 90 minutes). Why do we wear a second, or even a third, kit when we play away at Newcastle, Chelsea, Everton, Leicester, Norwich, etc.? Our red and white does not clash with their home kit (in many cases, it is less of a clash).

Thankfully, we seem to have an exception in our kit contracts to let us wear red and white in both matches against Spurs. Or I would explode.

Ugh. no Juve in Fifa this year? Exclusivity sucks.

I’d consider playing PES if they dropped the coin on the full FIFA and FIFPro licenses, playing EPL seasons in FIFA is so much more immersive than that “Master League” nonsense.

Urgh no any teams in pes this decade. Exclusivity sucks.

I’d consider playing FIFA if the game was any good, didn’t have a limited number of scenarios that make it so you see the same stuff all the time.

What would Arsenal’s replacement Fifa name be? Dial Square?

I think it used to be Gunners FC

Fake names could be a fun opportunity…

Use to be North London FC.. Japanese acknowledge the only club in North London, totties just make up the numbers..

Yep…. read the article three times and still don’t understand anything in it. Don’t think I’m the target audience here but won’t be losing any sleep over it

Basically football games on computers have signed with Arsenal to design a 4th kit that may or may not be produced in real life but will be in the game as a kind of partnership. Just a bit of fun, but good exposure as the teams they have already done this with before are elite like the ones listed in the article.

PES is way better than FIFA.

I don’t care about this.

Thank you Scott, I thought it may go down badly…:-)

i would be so, so sad if arsenal sold their license to PES and we had to have the London equivalent of “Piemonte Calcio” in FIFA

This is great as I am so happy with the first three kits but was wondering what I was going to wear come Tuesday?

Go for seven I say, then I can keep it fresh in Arsenal attire every day of the week.

I’m a tad confused….Would this be a “actual” shirt I can go out and buy or just a shirt to be used “in game”??

MY EYES! THE GOGGLES DO NOTHING!!