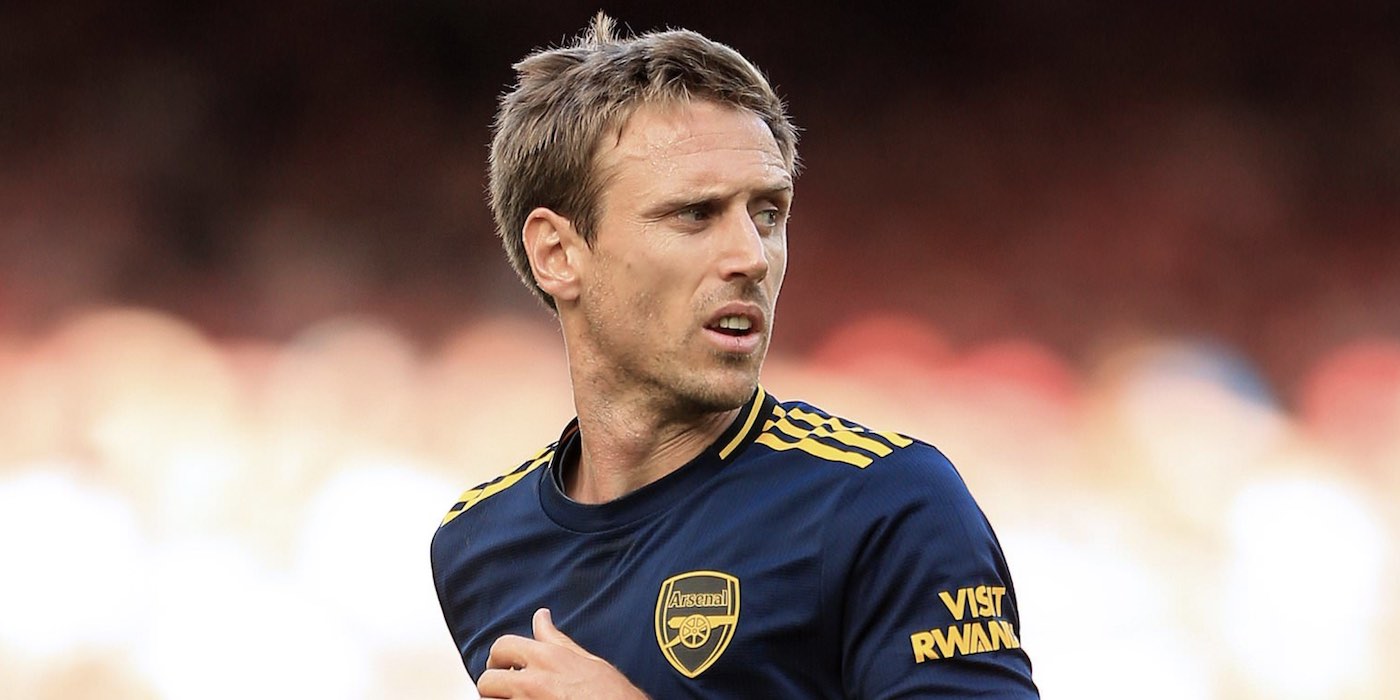 Nacho Monreal says that his time at Arsenal was ‘wonderful’, and that he spent seven enjoyable years in North London.

The left back was something of a surprise departure right at the end of the transfer window, even with the summer signing of Kieran Tierney.

It has been suggested that Unai Emery wanted to keep him, but the 33 year old was allowed to move back to Spain for a nominal fee to join Real Sociedad.

Speaking to local paper El Diario Vasco, Monreal was asked if his former coach was going to miss him.

“That would have to be asked of him,” he said.

“I imagine there’s something because I was playing and he had a lot of confidence in me.

“Playing in a big club like Arsenal has been a wonderful experience for seven years. I would never have said it was going to be that long.

“I have been able to meet many people.”

As for his thoughts on Emery, he continued, “He’s a great coach. He is a person who lives and loves football. He’s ill with football.

“He has character, ambition and is a perfectionist.”

Nacho is now living in San Sebastian – the lucky, lucky man – and he admitted location played a part in his decision.

“My wife is from Zaragoza and we have a little girl, so we are delighted to be closer to home,” he said.

“But the main reason for being here is the team. I am convinced by the team and the aspirations.

“It’s an ambitious club and that’s why I decided to take the step.”

It was wonderful having you Nacho

Will never be anyones favorite player ever at arsenal but my god I’d hate to see anyone say a bad word about this guy and his performances for the club. One of those cult favorites I wont ever forget that’s for sure.

Very good servant of the club. Always have your all. We’ll miss you. Once a Gunner always a Gunner!

cant say much worse about him and keep it truthful.

If they’d held onto him for just one more game I think we’d have stuffed the Spuds. Great reliable solid consistent player. I liked him a lot.

Back then the transfer market was sane.

It was wonderful having you Nachoman

Will always remember his incredible adaptation from very good left-back to pretty decent CB when we were short on numbers. Wish him and his family a happy life in Zaragoza

As mentioned before, I don’t think we needed to have bothered with Lback addition this summer, Cback being a far greater priority as yet unresolved by a panic buy for the band aid that is Luiz. BUT Tierney was a good signing and Monreal (although in good nick for one more season) always the spare player given Kolasinac’s power going forward and the loss (inexplicably IMO) of iwobi on the left. Monreal was not perfect, he had been out of position many times last season(loss of pace due to age), but he was fairly consistent for us and an experienced… Read more »

Fair point, but Monreal went about getting his move in the right way by continuing to perform. Kos didn’t.

The right thing? They were both under contract. Why let either go for free? And really, when you think about it and for the fee they got, they basically did let him go for free.

One of the most underrated players we have in recent years.
Thank you for your consistent performance for Arsenal!

Maybe this is a stupid question, I don’t know. But why do you think that the club was so adamant on recieving a fee for Kos but happy to let nacho(arguably a more important member of the squad) leave on a free?

Monreal clearly had discussed his plans with the club, as dis Kos, Kos didn’t feel like he’d have his desire honoured & felt he had to strike, Monreal stayed patient & got the move he wanted & deserved (even if i feel it is to the detriment of the Sp*rs result & squad)

Best of luck to both, both will always have my respect but the way Kos, as captain of our club, dealt & handled his desire to depart will always leave a bitter taste