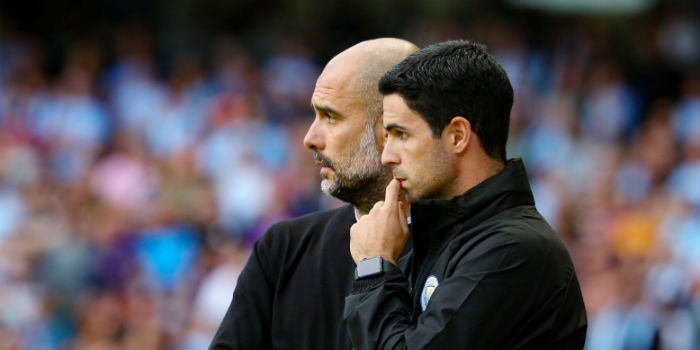 Mikel Arteta says the Arsenal fans are understandably frustrated at the fact they’ve been given only eight days notice to prepare for a trip to Manchester City.

The Premier League confirmed on Monday night that the Gunners will face Pep Guardiola’s side at the Etihad on Wednesday, 11 March; a game that had originally been scheduled for last weekend but was postponed when City reached the League Cup final.

Despite knowing there was a gap in the calendar after our Europa League exit, for some reason the authorities decided to stew over a final decision for five days.

The boss, who will be facing his former club for the first time since he rejoined us, made clear that the situation was no better for his staff or players.

“Absolutely I think the ones the are paying the price for it are our fans, not time to plan,” he told his pre-West Ham press conference.

“It is what it is – we can not do anything about it. Even for us it was not the right day to play the game for the schedule that we have but we don’t make those decisions.

“We have to try to support the fans as much as possible and give them everything they need to be able to travel to Manchester and support the team. But as you said, it’s not ideal.”

On whether it was the Premier League’s decision to finalise the details, he went on: “Yep. We tried to explore the dates and moments that it was better and it made more sense but at the end of the day they have some games that they have to fit in and they have to protect themselves and find a way.

“It is what it is. I am so used to this. They made a decision, we have to respect it. Plan quickly, how we’re going to do that, when we’re going to travel, hotel, logistics, and focus on Saturday which is important.”

Arsenal confirmed soon after the decision was made that they would provide subsidised coach travel for fans making the journey.

But DO we have to respect it, Mikel??

Well the club has to can’t really refuse to travel or boycott the game, so they have to respect it even if they disagree. But Arteta is only speaking for the club, not the fans. So you don’t have to respect it.

The game sold out within a few hours.