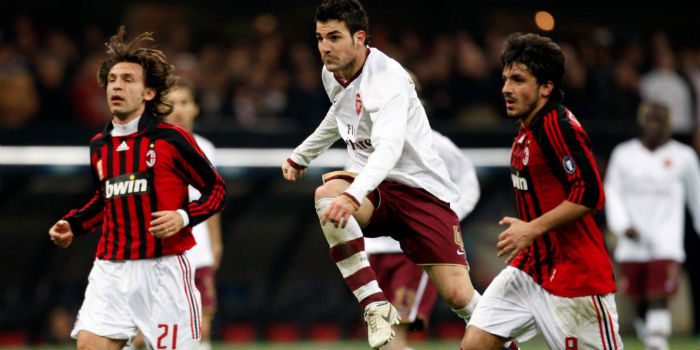 More info about Arsenal’s away kit for next season has been leaked by the ever-reliable Footy Headlines.

The kit connoisseurs report that adidas plan to marry maroon shorts with cloud white shirts and socks meaning the class of 2020/21 will look like a 2007/08 tribute act.

The original white and maroon shirt was used in memorable victories against AC Milan at the San Siro and…er…a 2-0 FA Cup win over Burnley.

Given this colour combination will be relatively similar to our red and white home kit, there’s a fairly high chance we’ll be leaning on the third shirt a fair bit next season.

As we relayed last week, that’s due to be navy blue with a dash of orange.

We’re expecting leaked pictures of all three new shirts to drop in the coming week or so.

We won’t even remember it for the sacking of Emery, nor for arteta as manager. This will always be the Corona season.
But great shirts

Unless we win the cup.

true, it’s been memorable though (albeit mostly for the wrong reasons).

The Coronalull is hitting hard.

I reckon “apocalull” myself. That way it can be used for any major pandemic disease, zombie plague, outbreak of WW3, asteroid impact or similar that causes an interruption to the football season.

That white shirt with the writing detail pattern was one of my favourites for summer. Blue with orange sounds good too.

I once got a demo of Sensible World of Soccer for the Amiga 500 which let you choose teams, pick formations and design kits but crashed before the match would load.

This feels very much the same.

That was such an epic game. Playability streets ahead of Fifa.

We need to wear spurs kits so we can win some VAR decisions.

Anyone remember when some Arsenal fans called for Jose to be hired? No reason to bring it up. I just like reminding people. So glad I was on the right side of history there.

Yes, we dogged a bullet. Hope he stays at spurs for many years to come.

He’s such a miserable git. He walks around the neighbourhood with a scowl on his face. You figure a guy with that much money in the bank would smile once in a while but I’ve never seen it.

Think the 2007/8 white kit was a throwback to a white away kit we wore in the early 1960’s. I’m sure adidas will do something cool with it

According to the following source, white away kits go back a long way:
http://historicalkits.co.uk/Arsenal/Arsenal-change-kits.html

Loved the fact that we finally got back to a yellow away kit and now it is completely wasted.

They might have to consider pricing carefully when many people could be struggling financially after isolation.

I seen next years Kira already and i love them apart from the weird white and marbley maroon one that this article references. Home kit is going to be a big winner

As a Swede I loved the away kits. They look identical to the Swedish national team. I bought thenfull kits on ebay from China for 20 quid each. Came with socks and shorts. Legit too somehow. Factory workers take out excess amounts. I don’t feel like giving Kroenkes my money.

What do you mean next season?

Blogs,
Thanks for the Cesc podcast. Amazing stuff.

Still my favorite player, after Bergkamp, of course.
All the hate directed at Cesc is really too much.

Everybody out there in Arsenal Supporterdom, stay safe and be cool,

Does this mean we’ll also turn down the chance to sign a world class player who’s begging to join us because we can’t be fucking bothered to pay his market value…..