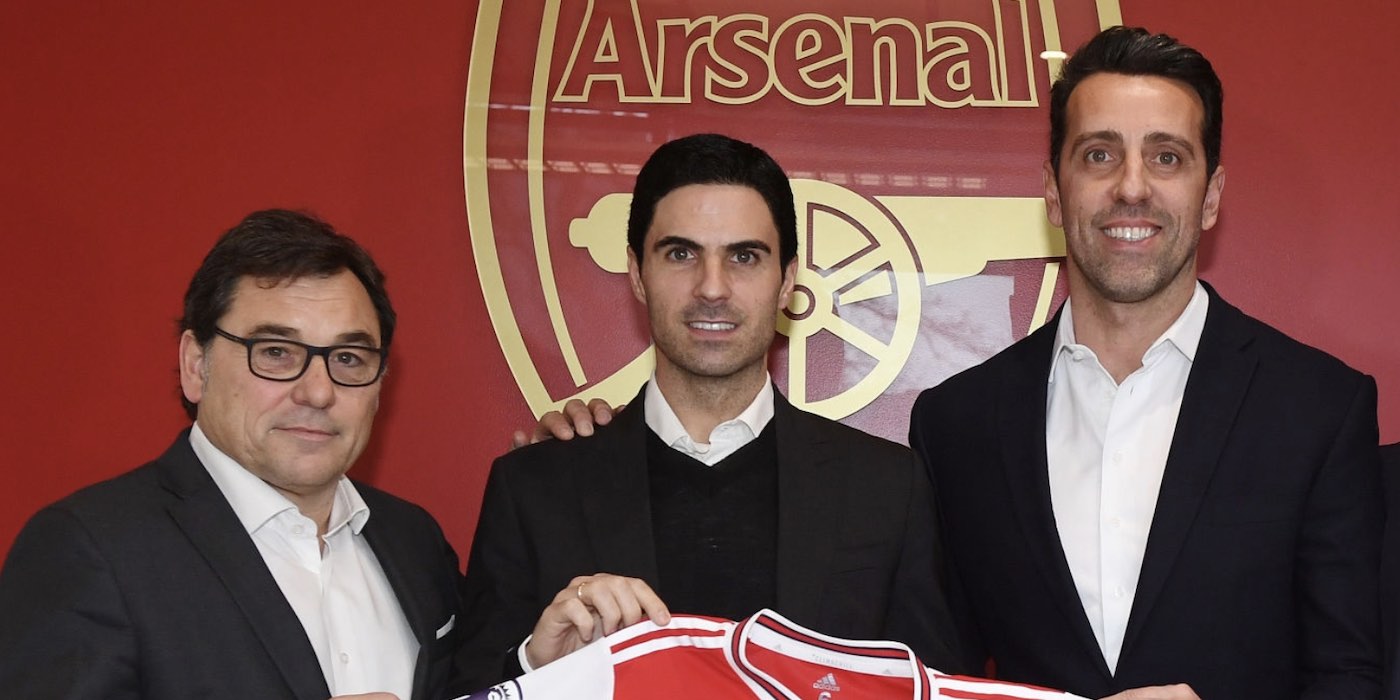 Not for the first time in recent weeks, Mikel Arteta has stressed in the importance of improving the squad in order for Arsenal to make progress.

The 37 year old’s message when it comes to the ‘summer’ and the reopening of the transfer window has been consistent, and it’s clear that he is – in a good way – challenging those on high to back him.

When he was appointed, Josh Kroenke said of Arteta, “He knows our expectations and those of our fans around the world are high and we are confident he can play a lead role in taking the club back to the levels we all demand.”

Now, following remarks last week about how the club and the squad have to improve, he has once again made that point to ensure nobody is in any doubt about what he wants in order to make that happen.

Recognising these are different times we’re living in, Arteta told Sky Sports, “I know that the situation that we have at the club and the context that we are in, but the club know my plan.

“In January, the situation was that we had to fill some gaps and give some stability to the squad.

“Now is the moment to make another step forward and improve the squad and the players that we have.

“The gap between the two top teams and the rest is really, really big and everybody is trying to catch up.

You don’t need to have a Masters Degree in Reading Between The Lines to get what he’s saying, so it will be fascinating to see what happens when the market does open – both in terms of what do coming in, and who goes out.

This feels right. The only regret remains is that we didn’t go for him in 2018. The adminstration took the coward’s way out and went for a proven coach but with incompatible values.

It can only be a step forward now.

I was absolutely behind the idea to appoint him back then and was pretty disappointed when we actually got Emery but I can’t help but think it was good that he didn’t come in directly after Arsene and that he had another 18 months under Pep. The expectations would have been immense if he’d come in at that time and I think to see how it went completely wrong with Emery gave some fans a bit of a reality check and he can work in a better environment now.

First manager to come in after Wenger was always going to be a poisoned chalice. Good to have Emery as a buffer

I think in time we will come to appreciate the extra experience Arteta had topping the league with £ity and Guardiola. Emery was hired as a win-now manager, he missed the CL spots by 1 point and made it to the EL final, but wasn’t the right fit for Arsenal. Getting Arteta earlier doesn’t make sense to me, there had to be a transition post-Wenger and I’m glad it happened with him.

I didn’t think hiring a first time manager to follow Wenger was a good idea then, so I can’t say I wish they had done it in retrospect. As others have noted, that was going to be a brutal ask.

I do love just about everything I have seen from him now though. I don’t know to what extent the extra time under Pep made a difference, but he has impressed the hell out of me. Long may it continue!

I thought that ManC was not ready to release Arteta and Arteta was not ready to come. This is probably why Emery did so well at first but when realised or found out he was a stop gap, he lost interest and the team suffered. To go from making some great decisions tactically to being completely inept can be no coincidence.

I think he’s going to be disappointed. If we make a big signing it will definitely be offset by losing Auba/Laca… Maybe even Holding. I think we’ll take a few steps forward in the transfer window but we it might just make up for the one or two steps back. That Pepe signing spread over multiple summer budgets + no Europe (we have to be honest) means more mediocre loans and free signings we shouldn’t even entertain. Arteta is the real deal, but his hands will be tied for the foreseeable…

I S
Reply to  Ourchildrensworld

It kinda looks like we are going to be in Europe though..

You take Laca’s name like us selling him will be a huge setback
I don’t even think we need to replace him. Nketiah can easily give us the 10 goals Laca scores and Martinelli can provide much more.

“Maybe even Holding” as if he’s any way decent

He is returning from a long injury. Prior to it he was by far the best CB we had. He was solid and consistent. He will do well if he stays healthy

Man u is spending. Abramovic is smart and chooses now to spend when the market is weak. Mancs will be mancs. Liv doesnt need strengthening. Spuds i dont care about.

The top 2 teams are mancs and liv, so i’ll be happy if they buy some wolves players to weaken them.

We have spent, just badly. If we continue to spend at same rate but well then we will be okay.

Love Mikel, he seems like he has a real plan and vision about where he wants the club to go. Good to see someone who is assured of them-self and their ideals at the helm.

Words are cheap, back Arteta and if we go through a rocky patch don’t go silent and leave the man out in the cold. I’m sick of our board saying the same old rubbish every year. Start Improving the team supporting the coaches and respect the fans.

It was really impressive by Arteta to play 3-4-3 and playing luiz with 2 CB and using him more as a CDM, it has given great defensive stability but i think with the wolves game nd the next 4 games till FA cup semis he needs to bring in ozil at no. 10 position and play 2 strikers up front, so that we will be playing more from midfield than just by depending on david luiz long balls to wingers. And secondly mustafi doesn’t fit into the current formation system, bellerin and cedric should be used as RCB and RWB.… Read more »

The current situation affected the club’s financially but also take note that the whole market would not be at its crazy high. I am not sure about agents tho.

The Directors has a lot to proof and smart in the market, then we will maybe see few new names next season.