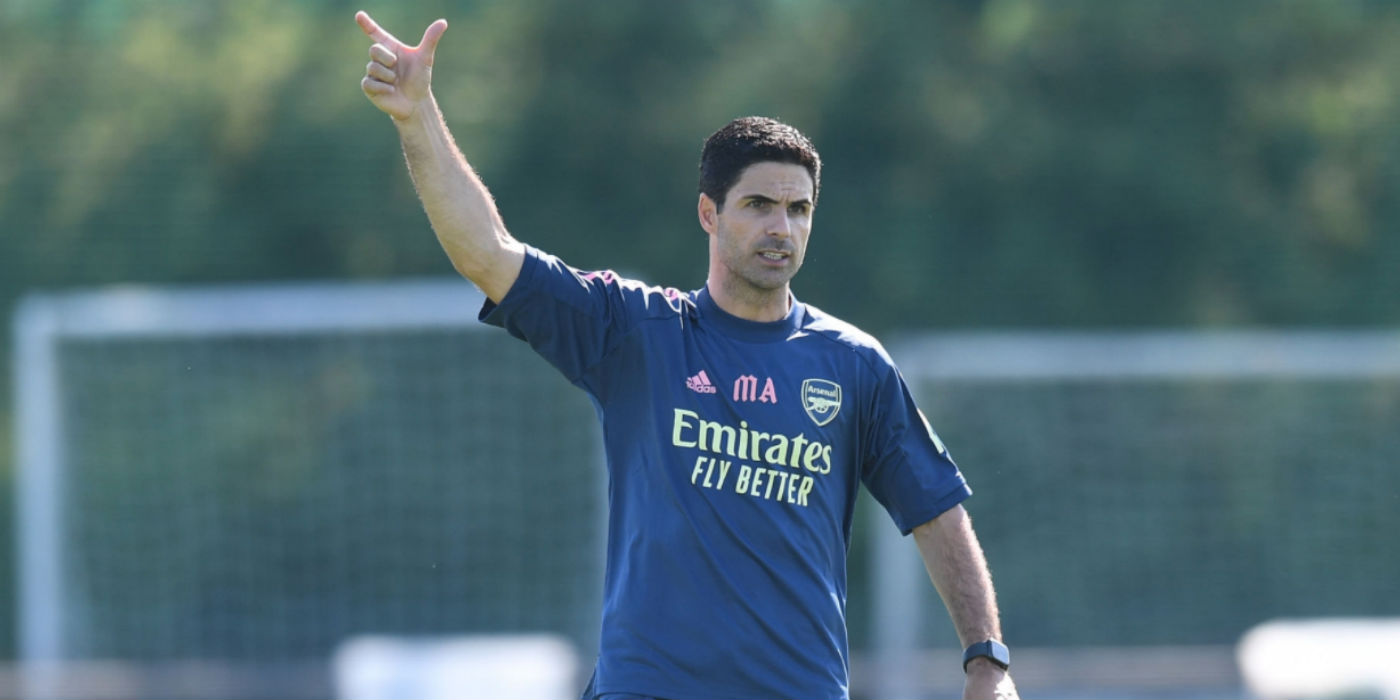 Despite our recent upturn in form, it’s looking increasingly likely that Arsenal will require a minor miracle to secure a place in next season’s Champions League.

Even if Manchester City’s European ban is upheld and fifth in the table is sufficient, the Gunners need to overturn a six-point gap on in-form Manchester United in the space of five games.

Fail in that Atlassian task and our punishment will be another year of Europa League football. So unpopular is the tournament that many, pointing to Chelsea’s domestic success in 2017 and Leicester’s form this season, would prefer us to take a year out from continental pursuits.

Others, being a bit more realistic, point to the financial benefits of participation – no matter how tiddly compared to the Champions League – and the opportunity to secure a first Europea title since 1994.

Mikel Arteta sits firmly in the latter camp. Having watched his side crash out of this year’s competition to Olympiakos before the lockdown, he wants another bite at the cherry.

“This club has to play in Europe,” he said in his pre-Leicester press conference.

“This club has to play in the Champions League. If we don’t have the choice to do that, it’s better to play in the Europa League than not to play in Europe at all. That’s my personal opinion.”

Having projected cautious optimism about Arsenal’s chances of a top four finish during the lockdown, the boss is keenly aware that his side can do little more than take care of their own business and hope for the best.

“It’s clear that it’s not in our hands,” he said. “The only thing we can do is win as many games as possible and see what happens to our opponents. At the moment, it’s not in our hands. If it had been 15 games [left] it would have been much easier but this is the situation we have. We’ll try to the end.”

If there’s any glimmer of hope, it’s that on the final day of the season, Leicester faces Manchester United and Wolves take on Chelsea. Somebody will have to drop points, which could benefit us.

“If we are able to do that [stay in touching distance] we will have done really well to give ourselves a chance. Again, it doesn’t depend on us at the moment.

If this man gets us champions league, it will be the biggest achievement for this club since the invincibles. And I will love it. Love it.

Of course there’s more of a chance of Cedric reaching 50 before Auba. But while the maths says it’s possible, I’ll probably still think it isn’t.

Well, there’s a possibility we might secure a champions league place if we could keep on getting results in our remaining matches and of course, if our rivals drop a few points

We’ve seen seasons finishing MUCH weirder than us closing that gap. Lots of times. That said, I have (in the best way possible) written off this season, because I’m not going to hold it against Arteta if we don’t make it. He has had a mammoth task ahead of him, and while we’re not there yet by any means, we’re far more coherent and moving in the right direction than I could have realistically hoped for. And I’m trying to keep that with me. I’ll be gutted if we miss out on the last day, like everyone else, but to… Read more »

It’s actually possible but only if 5th position is open for elite europe. Manc seem quite confident about the ban over-rule though.

Considering Man City are owned by some folk who probably like to line a few pockets to get their way, I am sure they will get out of it.

I read that as “this club has to slay in Europe”. If they did indeed slay in Europe, as in “that guitar solo fucking slays”, I’d have no problem with that.

Wenger was given shit for finishing 4th, and if, a Big if, we finish 4th, Arteta is a hero. How times have changed. There needs to be more pressure put on the board to invest big, and smartly, otherwise we will end up like Everton for the next decade. The board has to back Arteta 100%, same way liverpool backed Klopp. We must keep our best players at all costs to even have a chance of top 4.

The difference is that Arteta has only been with us since December and followed Emery. If by some miracle he got us to the top 4 it would be a miracle. I agree with everything else you say about supporting Arteta

I never gave Wenger shit for finishing 4th. But if, and a big if it is, we finish 4th or 5th this season I would consider Arteta a hero.

I had already written the season off before Arteta became manager. And I had already realised that we would finish midtable this season.

The Europa League this season looks pretty damn exciting in its new/adjusted format, with a quick fire knockout for the remaining rounds after the end of the PL season. Feels more like a summer tournament, and also avoids teams having to rotate to prioritise domestic games.

I’m gutted were out of it now.

Would be fun if the quarters onwards was always like that, but there’s probably too many vested interests to make that kind of change work.

I realise I’m in the minority but I actually quite enjoy the Europa League. Obviously I’d prefer the CL, but I think it’s brilliant for our younger players to make a name for themselves and I don’t think Martinelli, Saka or Willock would have developed as well if they’d been at The Allianz getting slapped 5-1 all season. Sterling and Rashford both made their breakthroughs in the EL, and I think with the wealth of U21 talent we have it represents a fantastic opportunity to develop some great players ready for a CL return in 2021

Playing in Europe means getting to watch more of the Arsenal.

All I really want this season now is to celebrate St Totteringham day. That should be our target considering our options.
We are clearly a WIP on a positive note

Once a gunner
Reply to  K9ine

Arsenal is bigger than using sp**s as our yard stick too big for that. We deserved real trophy

Arsenal fans need to at least consider the effects on players and team by having the fans absent. It seems that Arteta has acknowledged this as well by saying it is easier for the team and players to play without fans. Imagine a stadium of “the mob” when Xhaka was handed the armband again. Imagine them when Luiz made his error and then had his contract extended. Imagine where Musti would be today if still booed and derided by his own fans. Arteta May have revealed not only his abilities to motivate and coach but also the ability of our… Read more »