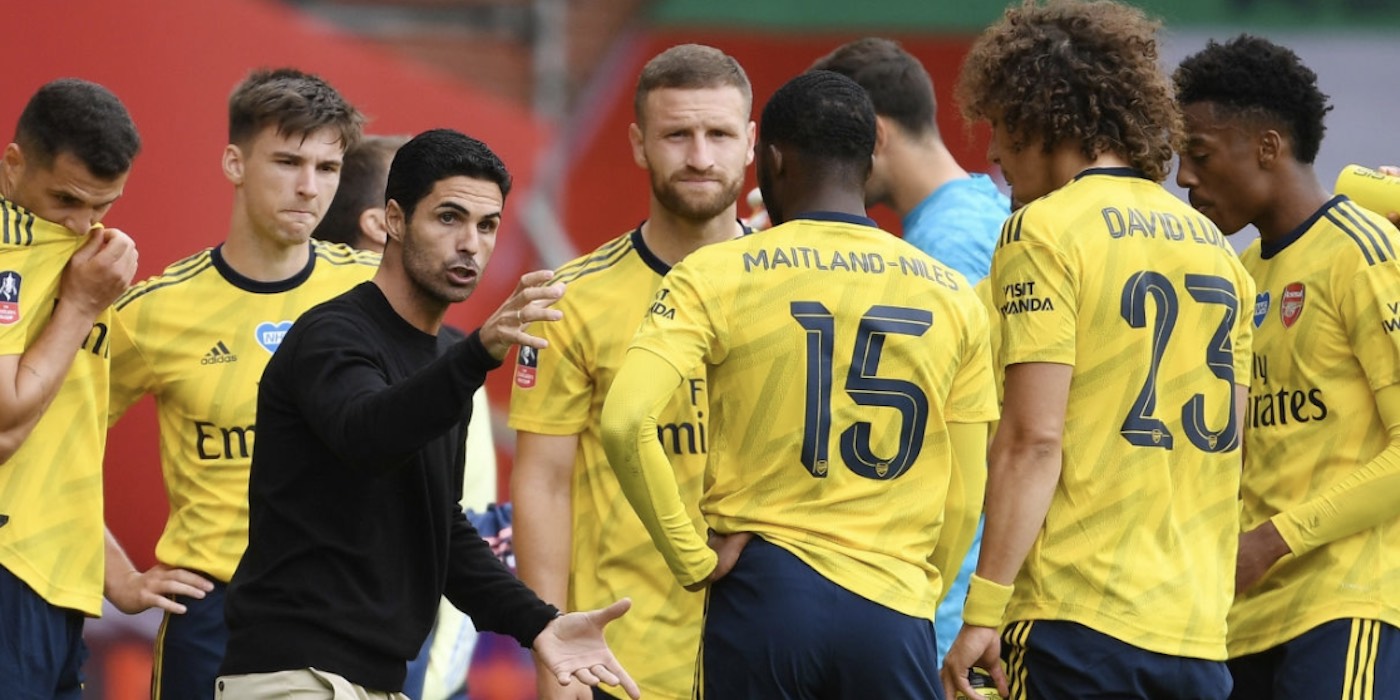 Arsenal’s change to a back three following the 2-1 defeat to Brighton has paid dividends for Mikel Arteta.

Since the Gunners are unbeaten, winning four of the five games they’ve played, and have looked more solid in general.

However, the Arsenal boss is unwilling to fully commit to one single formation, fearing it would make his team predictable and easy to negate by the opposition.

Speaking ahead of Sunday’s North London derby at White Hart Lane, the 38 year old was asked about his use of wing-backs in the current system, and said, “Well, we’ve changed a little bit our formation as you can see in the last few weeks, just adapting as well for the injuries we have and the issues that occur around the team.

“We need to be more flexible and willing on that adaptability. We cannot be so predictable.

“It’s an important thing to do that so that we are able to dominate different scenarios, different formations to improve as a team. We’re doing that.

“Regarding the flanks and the speed that we have, yes, that’s one of the main qualities that they [wing-backs] have.”

It will be interesting to see if the manager decides to go with something different than expected for the derby.

Does he risk the stability of the system to try and outwit his opposite number and play a different way? We’ll find out soon enough.

It’s interesting because these were the same things Unai Emery spoke about. Being a tactical “chameleon”, being the protagonists etc.

The big difference is that Arteta has been able to deliver and execute on those promises. I’m glad to have watched this tactical evolution finally come to fruition.

VAR will solve the problem
Reply to  Hatta Aziz

Biggest problem Arsenal has to deal with is Harry Kane’s diving. As the story goes, he developed his keen knack for diving at a very early age being unable to compete fairly. He had a unique style of diving in a way that he would grab the opponents arm and then go down with it while pretending to fight for the ball. Opponent CB would have no option other than to go down with him and it made it seem like a clumsy foul. Liam Brady being a stand up Arsenal man that he is and seeing this sneaky skill… Read more »

Arteta's Secret Lover
Reply to  VAR will solve the problem

You make it sound like a fact.
I love your creativity.
Have you ever thought about writing a novel?

Gudang Bedil
Reply to  VAR will solve the problem

Please let this be true…

Cycs
Reply to  VAR will solve the problem

This not only sounds true but it’s there for all to see and nod in unison. Brilliant stuff ??

VAR will solve the problem
Reply to  Aaron

Much appreciated but credit must go to Harry Kane. There are some truth to that story as I understand. Like Mourinho and John Terry being a c***.

Everything looks good for the future under Arteta but he hasn’t had the time to deliver anything yet, even compared to Emery. We played in a UEFA League final with Unai.

I think if had brought in arteta 2 years ago we would be competing for trophies today.

It could’ve been a different Arteta though. Let’s just appreciate what he’s doing now and hope for the best.

Didn’t we compete for a trophy in a UEFA League final? A bad souvenir but true.

I dont think you could say we competed in the final

We competed well in first half of the final , as I said Pedro played best I seen him in a Chelsea shirt in the second half and hazard played one of best half too .

We did until they scored, then we fell to pieces

Agree .
That second half was the best I ever seen Pedro play for Chelsea and one of Hazards best games too.

Winning this game and winning the FA Cup. These are the two things I want us to achieve.

It is interesting to see the criticism that Lampard is taking today. Yes I agree his team was probably not the right set up. But like Mikel he is a young, inexperienced coach. Either may turn out to be great or both or neither. I just hope we can be mature when things don’t go to plan and appreciate the effort he is putting in.
Mikel has my full backing, but so did Unai to a point. Fingers crossed this time it works out better.
COYG

…but these days we can be shoot ourselves in the foot predictable.